NFL News and Rumors
To put it bluntly, Jimmy Garoppolo is a I-AA college quarterback who has never started an NFL game but who now will be taking the place of one of the all-time greats under center who has been banned for four games. NFL betting fans have not seen anything like this in the history of the sport. Sure, quarterbacks have gone down to injury for extended periods of time, but no suspension of this scale has ever taken a quarterback away for this long.

Garoppolo stands 6’2” and weighs 226 pounds. At Eastern Illinois, Garoppolo took the starting job when the guy ahead of him on the depth chart opened the season 0-3, and he held onto that role for the rest of his four years on campus. Now he stands ready to play the first four games of the 2015 season for the New England Patriots thanks to the suspension that Tom Brady faces for his role in “DeflateGate.” But just who is he?For starters, he went to the same college as Tony Romo, and he broke the record for career pass completions that Romo had held. In his senior season he won the Ohio Valley Conference Male Athlete of the Year, FCS National Offensive Player of the Year and was an All-American. He won the award that the top FCS player gets each year as well – the Walter Payton Award. 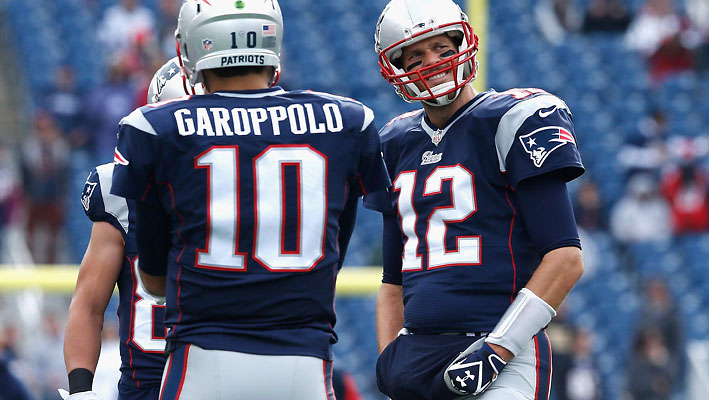 In 2014, Garoppolo didn’t find the field much. He appeared in six games – a lot for a backup in the NFL, but still not much passing duty – completing 19 of 27 tosses for a touchdown and 182 yards. That score came when the Patriots were getting destroyed by Kansas City, 41-14, in a game that was one of the worst that Tom Brady has had in the league.Before the 2014 draft, Garoppolo had said that his dream team would be Chicago, because he comes from the area, but he also said that Brady was his favorite player, making New England a good destination too. So if the suspension that Brady faces is upheld in federal court, Garoppolo will have a chance to start four straight games, beginning with the season opener against Pittsburgh and ending in Dallas, as Garoppolo will have the chance to face his famous predecessor at Eastern Illinois. This four-game window will give him the chance to show whether he is the face of the future for the Patriots. 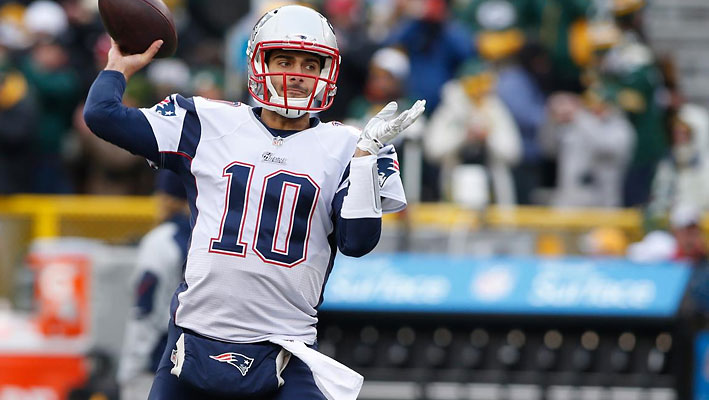 How will this time go for the Patriots? They haven’t missed Brady for significant stretches of time since 2008 when Brady went down with a torn ACL in Week 1 and missed the rest of the season. That year, backup Matt Cassel led the team to an 11-5 record which tied them for the Eastern division record but due to tiebreakers they missed out on the playoffs. The AFC was a lot stronger then, though. Except for Denver and Indianapolis, and maybe Baltimore, there really aren’t any elite teams in the AFC. If the Pats were in the NFC, it might be a completely different story, but even if they go 1-3 or 2-2, the Pats will be fine.SourcesFoxSports.com (http://www.foxsports.com/nfl/story/deflategate-roger-goodell-no-plans-to-reduce-tom-brady-suspension-080815)ESPN.com (http://espn.go.com/nfl/player/_/id/8644/matt-cassel)
Older post
Newer post