NFL News and Rumors
Even though both the New York Giants and the Washington Wizards have made a good number of moves in the offseason to help them challenge for NFC East title, it is safe to say that the top divisional competition belongs to the Dallas Cowboys and the Philadelphia Eagles. Not that Eli Manning and the Giants can’t surprise us in the NFL odds by posting 9-plus wins, or Robert Griffin III isn’t able to bounce back with a solid season for the Redskins, it’s just that the Cowboys and Eagles have clearly been a shoulder above the rest of the NFC East members, and based on their offseason moves, we believe that the dominance will continue to reflect in the 2015 NFL betting lines. That said, let’s analyze what the Eagles and Cowboys have done in the offseason and how it could affect the top competition in the NFC East this year.

The Cowboys had a rather iffy offseason, but one that could lead them to great heights of success, provided things get to work well in their favor. Starting with the positive side of things, Dallas enters the 2015 season with one of the best offensive lines in the league from 2014. This line is led by the efficient Tony Romo, a top 7 QB in the NFL, who will be throwing the ball to Dez Bryant, who is arguably the best WR in the NFC, if not the NFL. Having caught three touchdown passes from Romo in last year’s December 38-27 win over Philadelphia, Bryant figures to be a key player for the team in their bid to stop the Eagles, so getting him to sign a new deal with Dallas was a smart and crucial offseason move.Still on offseason moves, the team signed former Oakland back Darren McFadden to compete with Joseph Randle for the lead running back role in the team, considering the team’s leading back from last season, DeMarco Murray, is with the Eagles.And to help cure their defensive troubles from last season (for example, the Eagles torched them for a total of 60 points in their two meetings in 2014), the Cowboys signed a beasty pass-rusher in former Carolina defensive end Greg Hardy. With Hardy’s suspension reduced from 10 to 4 games, the team will greatly benefit from Hardy’s proven skills for 12 games, which will be important for the Cowboys, even if his absence in the Week 2 game against the Eagles could prove costly for his new team. 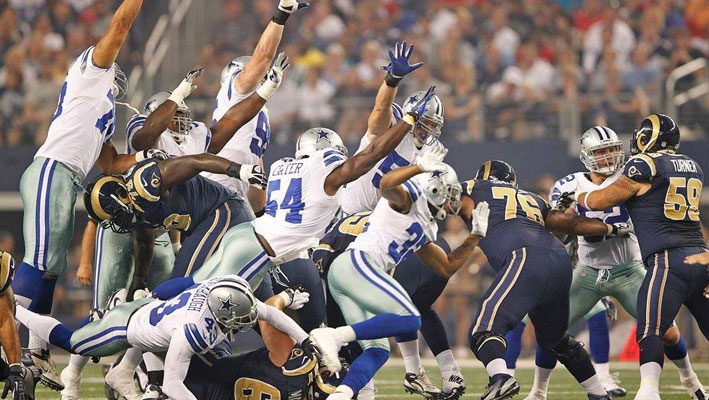 Plus, during the draft, the Cowboys added three solid defense players in Byron Jones and Randy Gregory, who were selected in the first two rounds, and La’el Collins, who fell off the draft board due to criminal reasons but was cleared of his charges later. Having such pieces will certainly guarantee a better defense in 2015.On the flipside, the most concerning factor for the Cowboys will be the loss of Murray, who was probably their best player in 2014. McFadden and Randle, even with their talents, are not in the same class with Murray, so the explosive running game from last year may no longer be existent in 2015.The fact that Murray is now with the Eagles makes the situation even worse, as the Philly backfield looks stronger while the Dallas running game is weakened. Unless McFadden and his compatriots deliver results, this loss could prove very detrimental to the Cowboys, more so when the two teams meet in the course of the year.

Despite not having a reliable quarterback play in 2014, the Eagles were still one of the best offensive units in the country. The already-mentioned fact about scoring 60 points in the two games against Dallas is enough proof to their strength. Looking ahead into the new season, it’s hard to judge how their many offseason moves will pan out, but it wouldn’t be a stretch to say the offense looks markedly better than last year (on paper).Trading Nick Foles to the Rams for Sam Bradford was a risky move because of Bradford’s injury history, but it could prove to be important if Bradford can stay healthy and re-find his form. If that doesn’t work, the Eagles have a solid backup in Mark Sanchez and an interesting option in Tim Tebow, which should offer Philly fans some measure of hope for the new season.Losing RB LeSean McCoy to the Bills was a worthy move, as it allowed the Eagles to make upgrades by bringing in running backs Murray and Ryan Mathews. Plus, the McCoy move gave them one of the best young defensive players in the league in return, with Kiko Alonso signing for the Eagles from Buffalo. 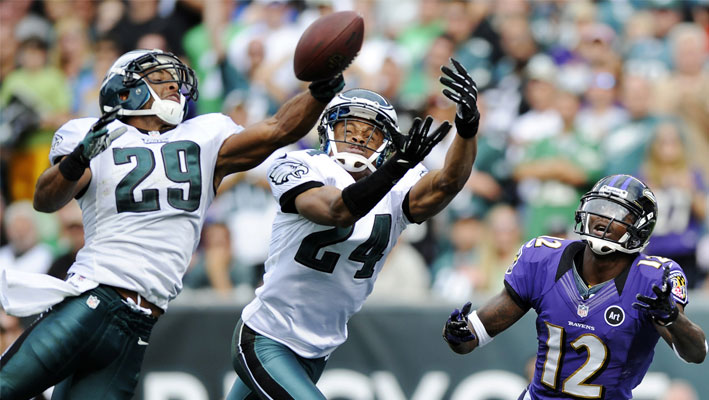 And to address two major needs in the D-line, Dallas signed cornerbacks Walter Thurmond and Byron Maxwell, and also re-signed Brandon Graham.Even so, the Eagles still don’t have marquee players at the wide receiver and safety positions, which could hurt the team in the new season. The running game will thus need to be at its best to offload the baggage in the aerial game, while the team’s secondary must find a way of covering the lack in the safety.

And the Winner is…? 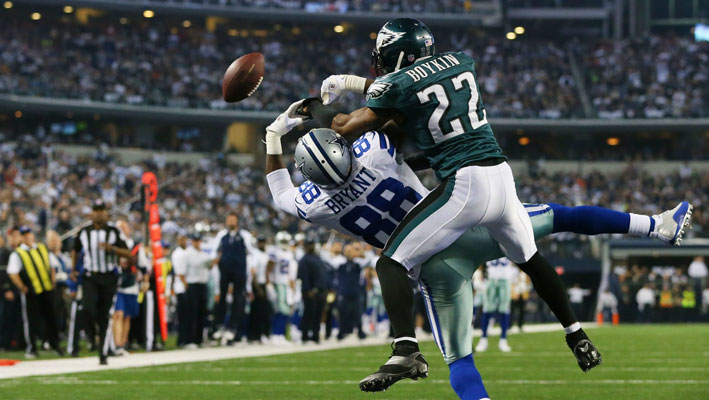 obviously, both teams have had a fairly good offseason, with the Cowboys mainly improving on the defense and the Eagles scoring well in the offense. Both teams also have good coaches in Jason Garrett (Dallas) and Chip Kelly (Philadelphia), who have led their franchises to noteworthy improvements over the recent years and are likely to do the same in 2015. At the end of the season, we therefore expect both teams to at least collect 10 wins apiece, exerting their dominance by taking care of most of their divisional matchups.So which of the two teams will get the top spot in the NFC East? Well, the title could go to either of the two teams, but on the account of Kelly being the slightly better leader of the two coaches, we expect the Eagles to sweep their games against Dallas, eventually leading to an NFC East title for Philadelphia. Sources:NFL.com: http://www.nfl.com/draft/2015/profiles/byron-jones?id=2552568ESPN.com: http://espn.go.com/nfl/player/stats/_/id/13200/tim-tebow
Older post
Newer post