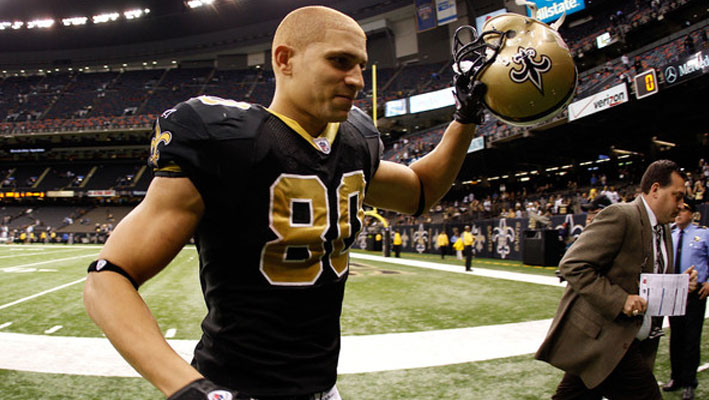 NFL News and Rumors
Let’s take a look at what some of these fictional NFL odds might look like before I offer up my pick on which division superstar would actually bring home the bacon.With this said, let’s get started. 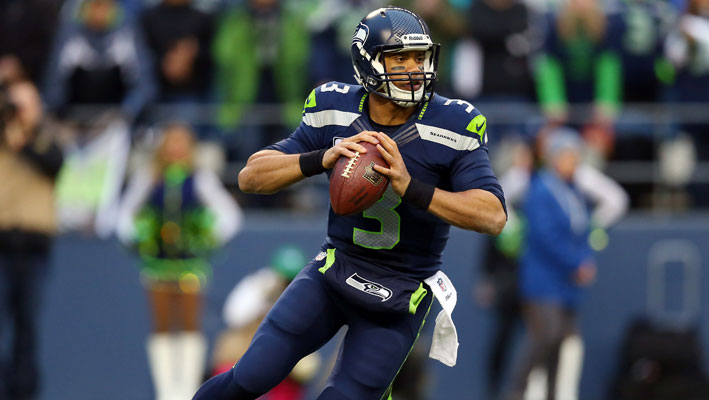 With MVP awards, real or fictional, generally going to a quarterback, I believe that Seattle Seahawks Russell Wilson has a slightly better chance to bring home the bacon than a pair of his own teammates.While Wilson has yet to put up huge passing numbers and finished just 15th in that category last season, the young signal-caller is certainly a capable passer, even if he doesn’t throw it as much as say, Peyton Manning or Drew Brees.Still, Wilson is the definitive odds-on-favorite here and I believe he could be primed for his best passing campaign since coming into the league thanks to the arrival of gifted tight end Jimmy Graham. 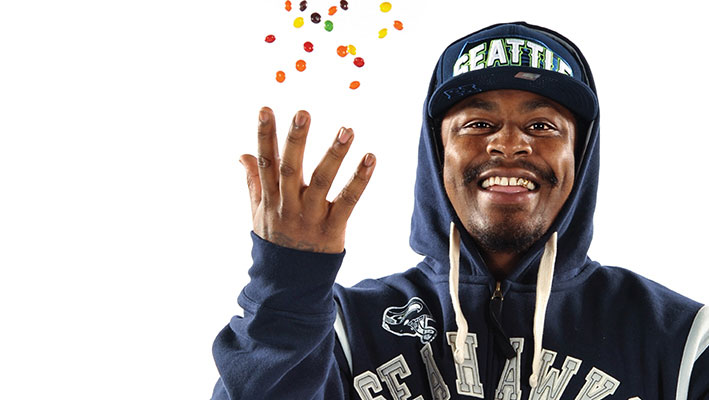 In the case of teammate Marshawn Lynch, I feel pretty comfortable saying that it is Lynch and not Wilson that is the real driving force behind Seattle’s well-balanced offense.Lynch also puts up ‘better’ statistical numbers that quarterback Russell Wilson as evidenced by last season. The enigmatic Lynch finished fourth in rushing yards (1,306) and led the league in touchdowns with 17. 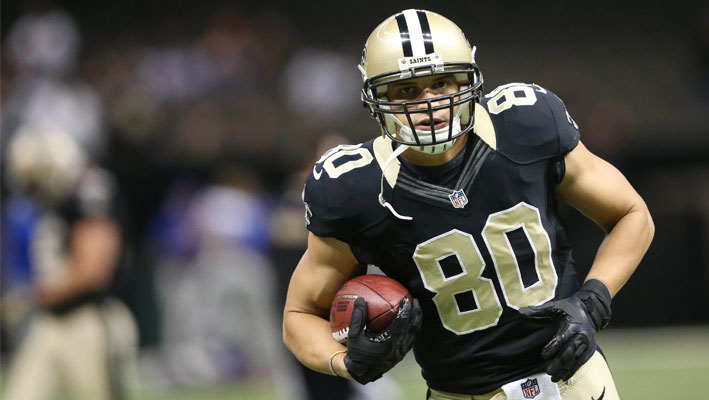 In the case of Jimmy Graham, the former New Orleans Saints star is an unabashed and undeniable game-changer. The ‘hybrid’ tight end had just a so-so campaign (for him) in 2014 as did the rest of the non-playoff participating Saints.Still Graham managed to catch 85 passes last season for 889 yards (35th) while racking up double-digit touchdowns grabs (10) to finish 21st in touchdowns.Graham could potentially come in put up huge numbers and make the Seattle’s offense even more balanced than it already is, but winning this award means beating out a pair of teammates that will both have the rock in their capable hands more than Graham. 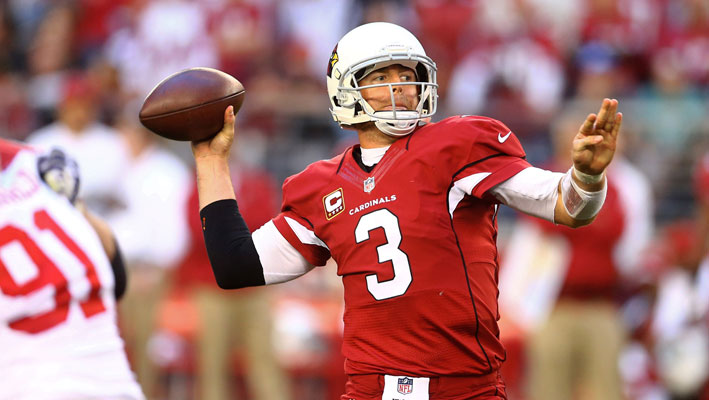 Moving right along, I believe Arizona Cardinals veteran quarterback Carson Palmer will have a chance to claim this fictional award – if he can lead the Cards to another double-digit winning campaign as he returns from his most recent ACL tear.I know Palmer played in just six games last season and that it will likely be Arizona’s defense that is the biggest reason Arizona could potentially win 10 games, but if that does happen, Palmer will get the lion’s share of the credit, particularly seeing as how Arizona isn’t really loaded at the skill positions. 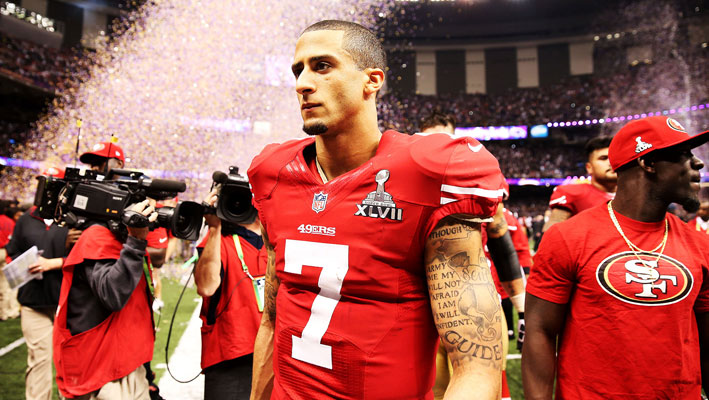 In the case of San Francisco 49ers quarterback Colin Kaepernick, while he’s on the MVP Odds list here as Frisco’s most likely candidate to win the divisional MVP award, it should be noted that ‘Kap’ regressed in a big way in 2014, finishing 17th in passing yards (3,369) while throwing a modest 19 TD passes and 10 interceptions.Not only that, but more importantly, in order for the Niners’ athletically-gifted signal-caller to ever have a real shot at winning this award – or the league MVP award for that matter – he’s going to have to improve dramatically as a pocket passer. 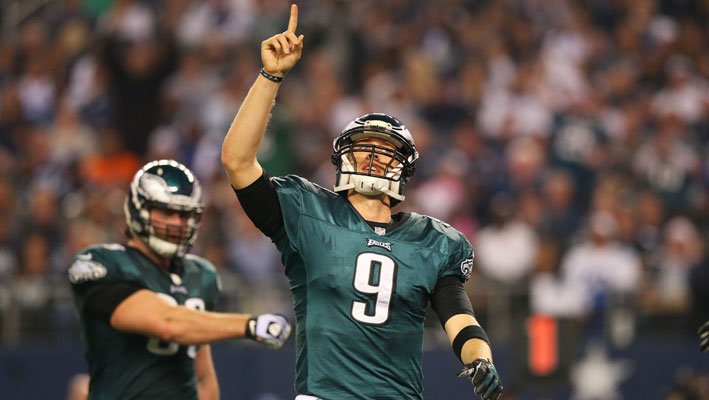 Last but not least, I have St. Louis Rams signal-caller Nick Foles on this list because he has a chance to lift the Rams to new heights that were never possible under former No. 1 overall pick Sam Bradford.While Foles played in just eight games last year because of a broken collarbone, the former Philadelphia Eagles starter did play absolutely phenomenal football in throwing 27 TD passes and just two interceptions for Philadelphia in 2013. A similar campaign with the Rams in 2015 could win him this fictional award.

I’m going with my odds-on-favorite to narrowly (and I do mean narrowly) win the NFC West MVP award and challenge for the actually league MVP hardware as well.Wilson has all of the attributes to be successful in the NFL for a very long time. He doesn’t make bad throws very often (unless you’re talking about last season’s Super Bowl finish) nor does he take big, damaging blows from opposing defenders.Wilson is generous in sharing the football and has a mind as sharp as any quarterback in the game today. Seattle’s superstar signal-caller has compiled an incendiary 98.6 passer rating since coming into the league three years ago that ranks as the fourth-best during the stretch while recording a whopping 15 fourth-quarter and overtime comeback victories to lead all of football in that category. Oh, Wilson’s 42 career wins are also the most by any quarterback in league history over his first three seasons.Make no mistake about it NFL gridiron gamblers… Russell Wilson is also a great pick to cash in on his actual 2015 NFL MVP Futures odds as well.Sources:ESPN.com: http://espn.go.com/nfl/player/_/id/13232/jimmy-grahamNFL.com: http://www.nfl.com/news/story/0ap3000000422133/article/eagles-nick-foles-broken-collarbone-out-68-weeks
Older post
Newer post