NFL News and Rumors
Depending on which sportsbook you look at, either the Indianapolis Colts or the Seattle Seahawks are clear NFL betting favorites to win Super Bowl 50 after the latest free-agent dust has cleared. The Colts were already a player after qualifying for the AFC Championship last year, and even though they couldn’t quite stay with the Patriots, whether they were using deflated or accurate footballs, this team helmed by Andrew Luck looks like a player for the next few seasons to come. Free agency has brought them running back Frank Gore and wide receiver Andre Johnson. The two talked after the Houston Texans released Johnson, and they decided that the Colts had the best chance to win a Super Bowl. They both ended up there, and now optimism is higher in Indianapolis. the MGM Sportsbook in Las Vegas has them as their favorite for the title. Other key additions the Colts have made include Trent Cole, Todd Herremans and Kendall Langford. Before free agency, the Colts sat at 12-1 to 14-1 odds, depending on the book, but their free agent moves have caught the attention of the bookmakers. They may also, of course, have liked it when the Colts gave Trent Richardson his walking papers. 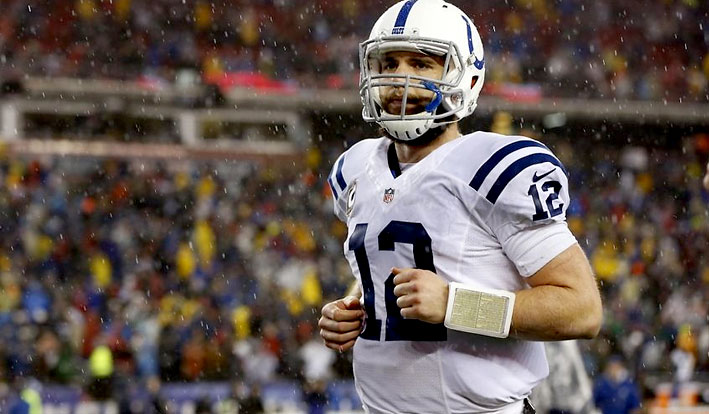 To round out the MGM top 5, after the Colts (5-1) come the Seahwaks (11-2), Packers (11-2), Patriots (6-1) and Cowboys (8-1). In other books, though, the Colts are not the favorites. At the Westgate Las Vegas SuperBook, the Patriots and Seahawks are co-favorites at 6-1. The Seahawks and Packers are co-favorites at William Hill. Bovada lists the Seahawks as the favorite, offering 5-1 odds, while the Colts are at 9-1.Who’s the longest shot? Jacksonville and Tennessee both offer 200-1 odds to carry home the title in Super Bowl. The San Francisco 49ers were listed at 16-1 just a month ago, but they have plummeted to 33-1. Apparently the books don’t feel confident that the 49ers will be the first to play a Super Bowl in their own stadium, as Levi’s Stadium is set to host the tilt on February 7, 2016.

So What Are Some of the Other Key Moves That Took Place During the Free Agency Period?

In Philadelphia, head coach Chip Kelly is getting a reputation as a mad scientist. One wonders whether his freewheeling schemes will take him to the airy heights of such wizards as Don Coryell or to the trash heap of other coaches who have tried to buck the trend. His trade of Nick Foles to St. Louis for Sam Bradford, combined with the free-agent signings of running backs DeMarco Murray and Ryan Mathews — preceded by trading LeSean McCoy to Buffalo for a young linebacker — have the 2015 Eagles looking much, much different. The questions begin at quarterback, as the other guy on the roster is one Mark Sanchez. When Foles went down during the 2014 campaign, Sanchez had plenty of opportunities to show that he could live up to that promise that took him and the Jets to an AFC championship game. While he did deliver a sound thrashing to the Cowboys on Thanksgiving Day, he fizzled after that, playing a major role in the Eagles’ missing the 2014 playoffs. Bradford is playing on two reconstructed ACLs, which might make running Chip Kelly’s offense interesting. Having two featured running backs in the stable will certainly help, though.

The Dallas Cowboys made the right call with Murray, Manziel. http://t.co/kdhMGm8oZy pic.twitter.com/Vdr00CXu8Y 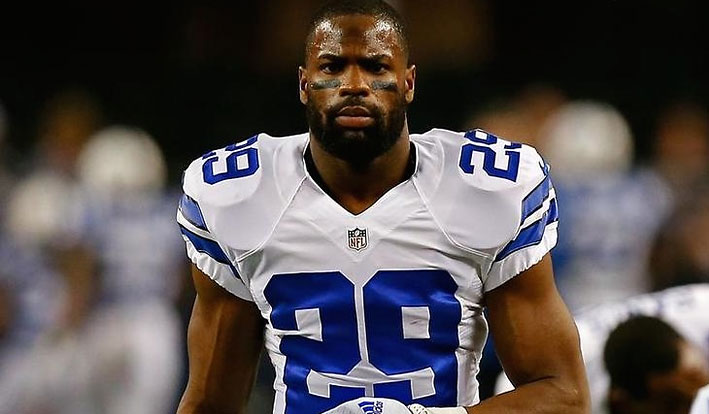 Another intriguing move involves Michael Oher moving from the Tennessee Titans to the Carolina Panthers. While Oher was the focus in the book (and movie) “The Blind Side,” he never has quite matched the hype that followed him into the NFL. In 2014, he earned a minus 20.2 grade from Pro Football focus. Panthers quarterback Cam Newton took a beating in 2014. Will Oher emerge to show more of the promise that he initially demonstrated, or will he remain a disappointment? His guaranteed $1.25 million per season should get more out of him that what the Panthers are receiving.The Chicago Bears are an enigmatic team. When Marc Trestman signed on as the head coach, his high-octane pedigree from the Canadian Football League thrilled Bears fans with the possibility that their offense might finally believe in the possibilities of the forward pass, rather than relying on smashmouth running and stout defenses to carry them season after season. However, Trestman is gone, replaced by John Fox, who has long had a reputation for putting together physical football teams. Quarterback Jay Cutler is another puzzle, with a gifted arm connected to a reputation for folding in big games. The return of wideout Eddie Royal could bring a shot in the arm. He did not do so well after his 2008 rookie campaign in the Windy City, but the past two seasons he spent in San Diego brought him 15 touchdowns and a collection of highlight reels. Now that Chicago has traded away star wideout Brandon Marshall, Royal can work alongside fellow receiver Alshon Jeffery to give Cutler two legitimate passing targets. The guaranteed money to Royal ($10 million) is a little high, but then the free agent signing period is always rife with overpayment. 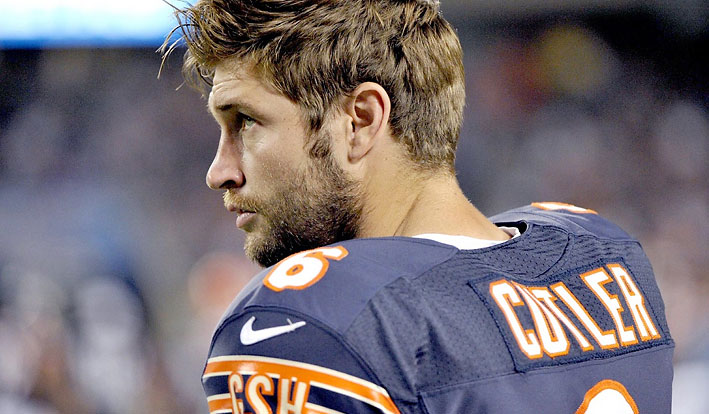 While the Dallas Cowboys watched several of their defensive players and their featured running back walk away during free agency and locked down star wideout Dez Bryant by applying the franchise tag, they did give slot receiver Cole Beasley a curious four-year deal worth about $14 million, with $7.4 million guaranteed. While Beasley did make a lot of crucial catches down the stretch during the Cowboys’ big run, the fact that they locked him up but still haven’t given Dez the money that a #1 receiver should get has to rankle the mercurial receiver.Now that Rex Ryan has headed west to coach the Bills, the New York Jets are putting together the deepest secondary in the league. They’ve put together Antonio Cromartie, Darrelle Revis and Buster Skrine. A year ago, the Jets’ secondary couldn’t stop anybody, which meant that no lead was safe. Add that to the uneven play of Geno Smith, and you have a truly mysterious team. Now, though, the Jets are spending the money that they had under the cap, and they are putting together a defense that will scare the rest of the East. Whether the Jets’ offense can do the same remains to be seen.
Older post
Newer post