NFL News and Rumors
Tim Tebow is back… And hopefully, here is here to say. Written off as wash off NFL quarterback, embattled because of his challenged pocket passing skills and hated for not having the bad boy image that sells highly in the NFL betting media, Tebow has been a constant subject of criticism and mockery. But Philadelphia’s mad genius is not hearing or listening to any of that. Chip Kelly insists that there is still a lot of football left in Tebow, and contrary to the arguments that the Eagles signed Tebow to be used as a running back or two-point specialist, the Philadelphia coach says that he looks at Tebow is a quarterback and intends to use him as one. Essentially, this means that the 27-year-old quarterback (who’s been out of the NFL since training with the Patriots in the 2013 offseason) will get one –and probably his last—chance to resuscitate his NFL career. To do so, the 2010 first round pick for the Broncos will be competing against Sam Bradford, Mark Sanchez and Matt Barkley for the starting quarterback role.

Currently, Sam Bradford (a No. pick in 2010 out of Oklahoma) is the nominal starter in Philly. As a rookie, Bradford was a success, leading his team (the Rams) from a 1-15 record to a 7-9 mark, as he played all 16 games. However, he followed that with two weak seasons, before winding down with a series of injuries that forced him to play just 7 games in 2013 and no games in 2014. With just an average of 6.3 yards per pass attempt in his career, Bradford ranks poorly among active quarterbacks, no wonder there were hardly any complaints from St. Louis fans when he was released for Philadelphia. Even so, Bradford has been showing positive signs in Philadelphia’s team practices, often outshining the rest of his competitors, so the starting role favors him, unless something changes between now and the start of the new season. 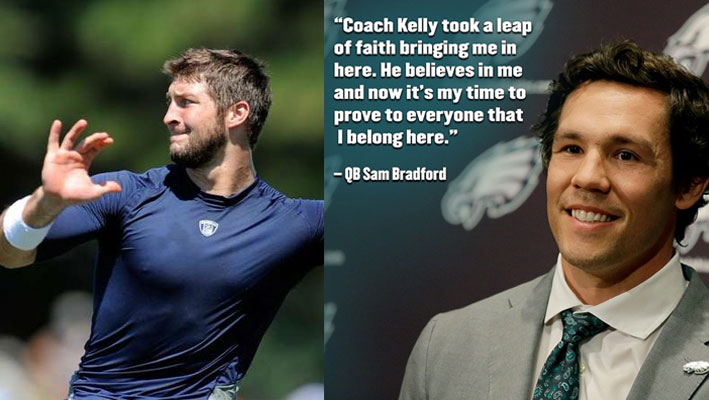 Mark Sanchez, a No. 5 overall pick for the Jets in 2009, has had more consistency in playing time, spending four years as a starter for the New Yorkers. Unfortunately, there hasn’t been much to show for his sufficient playing time. Other than the 2010 season where he led the Jets to an 11-5 mark and a trip to the conference finals, the USC product has simply been an average performer. Still, with his vast NFL experience and decent skills as a pocket passer, the 28-year-old is expected to be Bradford’s No. 1 backup. As for Matt Barkley, well, there is not much to say about him, except for the fact that he’s not been able to do much—or anything for that matter—to make his mark in the NFL. He is thus likely to be a third or fourth-string QB for the Eagles this season. That brings us to our man of the moment…Tebow.

Meet the Good and Bad Tebow

Preliminarily, it is worth noting that, even with the relentless criticisms that have been aimed at him, Tebow is has remained an embodiment of a player with an unassailably strong character and a solid work ethic. Constantly working to discover and rediscover himself, Tebow has labored on his skills and adapted to different playing styles and career paths. This is the essential reason he is now with the Eagles—something that not many people would have predicted after he failed to make the 53-man New England roster for 2013 and left the NFL to retune his game while working with ESPN. Football-wise, Tim Tebow was a big success story in college, using his solid rushing ability to make plays as a dual-threat QB, which earned him a celebrity status and a Heisman Trophy as a sophomore in 2007. In fact, in his celebrated college career, Tebow (playing for Florida) helped his team to beat Bradford’s Oklahoma in the 2009 NCAA Football title game. 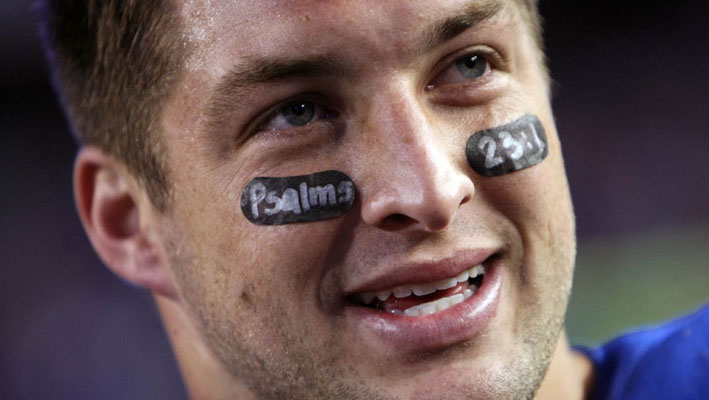 Coming to the NFL, the only noteworthy season was his stint with the Broncos in 2011. After Kyle Orton proved to be ineffective in the first five games of the 2011 season, Tebow was catapulted to a starting role, where he led the Broncos to the divisional round of the playoffs. The biggest highlight of that season was the playoff game against the Steelers, where after a quiet game, he surprising threw an 80-yard touchdown pass in OT that won the game. But even with his heroics in that season (which some have argued were as a result of luck rather than a gritty winning mentality), his season numbers were subpar, which forced the Broncos to sign Peyton Manning. And with Manning in the team, Tebow’s time was up. In 2012, Tebow traded to the Jets in March, where he had a disastrous season that prompted the management to cut him off their roster at the end of the year. The Pats gave him a look after that, taking him in the offseason, but he once again failed to impress enough to make it to the team’s roster.

Tebow vs. Bradford, his Biggest Competitor

And now, here we are again with Tebow, as he looks to make it to Philly’s roster for the 2015 season. Comparing him to his biggest competitor, Bradford, there’s certainly enough data (thanks to this David Harris genius and his stat analysis on May 17th) to compare the two QBs and warrant Tebow a chance to get a starting role, as is summarized below: • In their first 16 games of playing time in the NFL, Tebow has outscored Bradford 34 scores to 19 scores. In those games, Tebow passed for 5 yards farther on every pass and scored twice as often per completion than Bradford. • Whereas Bradford is a short pass-throwing specialist, which often gives him good career percent completion averages but comes with fewer scores, Tebow is more of a long-pass specialist, which gives him less percentage in pass completion, but comes with better more scores. That is the reason Tebow has been more efficient in scoring than Bradford, but his counterpart enjoys better a better pass completion percentage. See the examples given in the pointers hereafter. • Whereas Tebow threw for 19 TDs in 374 attempts with 47.3% pass completion in the 16 games, Bradford threw for 18 TDs in 590 attempts with 60% in similar games. 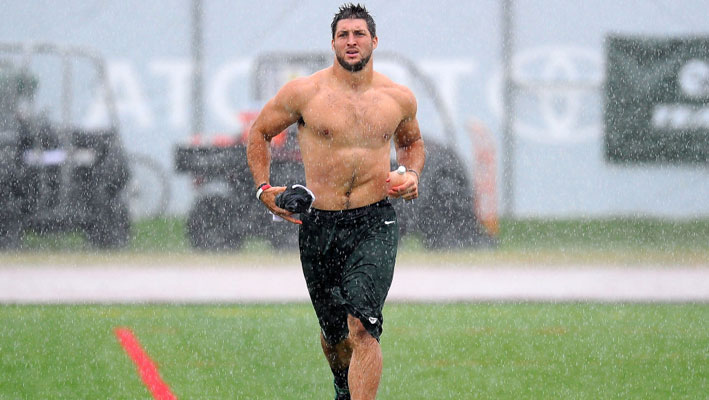 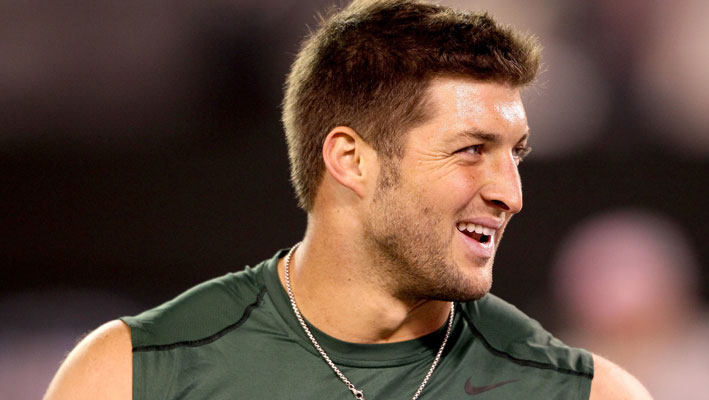 All in all, Bradford and Sanchez certainly enjoy better passing efficiency than Tebow, which would make them the best options for Philly if Kelly seeks to focus on passing the ball than running it. But if Kelly is seeking a dual-threat option with opportunities for a diverse range of more efficient plays both in the air and on the ground, the Tebow would be the unparalleled choice. Being the pass-heavy league that we know it to be, the current NFL is likely to push the Eagles to favor Bradford and Sanchez over Tim. But being the mad genius that we know him to be, don’t be surprised to see Kelly picking Tebow for a starting role in the upcoming season. Sources: NFL.com: http://www.nfl.com/player/sambradford/497095/profile ESPN.com: http://espn.go.com/nfl/player/stats/_/id/13200/tim-tebow
Older post
Newer post