NFL News and Rumors
Sports betting fans have been following the bizarre saga of Adrian Peterson and the Minnesota Vikings for a while now. The biggest irony, of course, is probably the fact that if the allegations about Peterson and his young son had come out in any other season that 2014, he probably would not have been suspended at all, or perhaps just the two-game sentence that had been handed down for other instances of domestic violence.

Blame it on Ray Rice…

However, the video of Ray Rice and his fiancée Janay changed the perception of domestic violence in the NFL for good. Once the nation could see Rice knocking his fiancée out cold in an elevator, the two-game suspension that Rice had received for his actions might have been levied for Peterson as well, but it also might not have, given the fact that corporal punishment between parent and child is not seen as taboo in the same way that physical abuse in a romantic relationship is. With Rice already under indefinite suspension, NFL commissioner Roger Goodell brought the same discipline down on Peterson. However, the Vikings did not release Peterson, as the Ravens had done with Ray Rice. Instead, they held their rights to him, despite the fact that they would owe him $12.75 million if he played for them in 2015, and that their contract with him still obligated them for as much as $46 million the rest of the way. 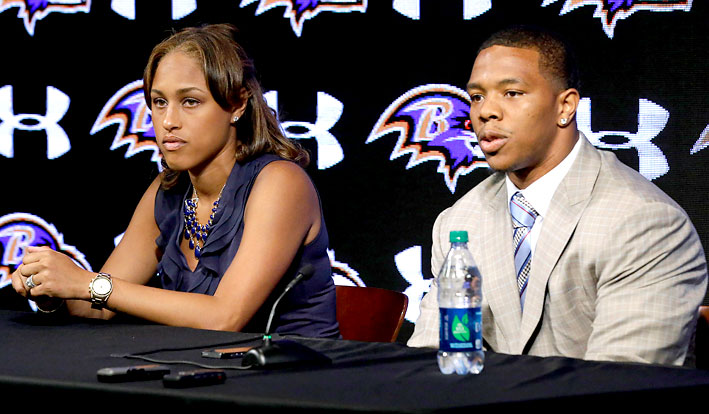 Somehow, though, Peterson got crosswise with the brass in Minnesota. Perhaps he felt that the team hadn’t been supportive enough through his ordeal. Peterson appealed his suspension and had an arbitrator close to the league uphold the league’s decision; when Peterson took that decision to court, the league ended up reinstating him. Either way, though, Peterson and the Vikings now have a rift between them.

If Not The Vikings, Where? 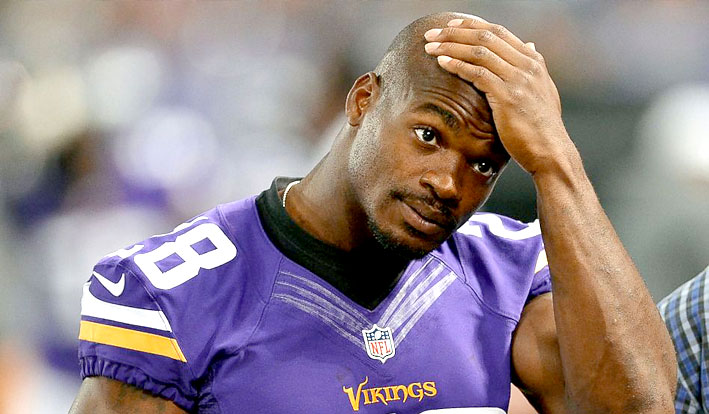 A lot of rumors have Peterson heading to the Dallas Cowboys in a blockbuster trade. These rumors went well back into the fall, as Peterson and Jerry Jones allegedly talked on the phone during a game, with Peterson asking if he could come to Dallas. Most teams aren’t going to be interested in Peterson as he is 30 years old and has that mammoth base salary. However, the Cowboys have cleared out that much cap space and appear to be ready to go all-in this season, what with Tony Romo’s number of available seasons dwindling each year. Another scenario involves Peterson retiring. Of course, he’d be walking away from about $46 million to do so, but he wouldn’t be the first to walk away from eight figures. He also probably needs to add some more years to cement his place in the Hall of Fame. The likeliest scenario is that he sucks it up and shows up with the Vikings, but stay tuned. Peterson is not a typical personality, which makes it extremely difficult to predict exactly what he is going to do. He won’t be the first to buck trends of what others expect him to do – and he’s certainly not going to be the last. Many special talents have notoriously difficult personalities.   Sources Wikipedia.org (http://en.wikipedia.org/wiki/Roger_Goodell) ESPN.com (http://espn.go.com/nfl/team/_/name/dal/dallas-cowboys)
Older post
Newer post