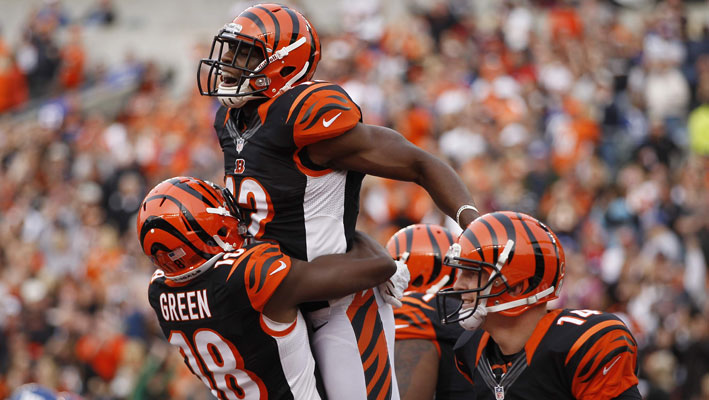 NFL News and Rumors
By taking an introspective look at the Cincinnati Bengals, as well as examining their opponents and headway made by them over the offseason, there a signs that the Cincy team is slightly improved and a strong showing in the NFL odds could be possible, on paper.But looking at the reality on the ground, well, things could be tougher and unfavorable for Andy Dalton and Co.

Bengals in the Recent Years

The 1990s was a forgettable period for the Bengals who disappointed mightily. In the 2000s, Marvin Lewis took over Cincinnati, constantly showing flashes of being on the verge of winning it big, but failing to measure up when the faced big opponents. Over the last four years (2011-2014), the Bengals have looked even better, recording 40 regular season wins, averaging at 10 wins per year, and making it to four successive postseason appearances.Unfortunately, even with such positive strides, the Bengals are yet to notch a postseason win under coach Lewis, repeatedly being defeated in all their first playoff games. With the measure of success in the high echelons of football often being graded by postseason success and not regular season wins, it is no wonder the Cincinnati Bengals have often been viewed as joyriders, rather than a serious team in the league.Considering the training camps are yet to begin and we are yet to know the 53-man roster in Cincinnati, it’s hard to pinpoint what bettors can expect in 2015, especially in regards to whether they’ll be any good this season. Still, based on the information we already have now, we can make some educated speculations, as is done below.

If there’s one big factor that will work against Cincinnati this year, it will be their rock-hard strength of their schedule. As per the rankings in the league (based on opponents winning percentage from the 2014 records), the Bengals have the second toughest schedule in the NFL, facing opponents with a combined winning percentage of .563, with the Steelers being the only team with a tougher schedule at .578 winning percentage.The preliminary factor contributing to the tough schedule is the fact the Cincinnati is in the AFC North division, a place where three teams (the Steelers, Ravens and Bengals) had winning records in 2014 and qualified for the playoffs, while the Cleveland Browns also performed decently, despite poor quarterback play. With the core of Pittsburgh and Baltimore maintained, and the Browns coming with some upgrades, the divisional competition is bound to remain tough.Outside the AFC North opponents, the Bengals will be going against AFC West and NFC West opponents. In the AFC West, Seattle has made back-to-back Super Bowl appearances, coach of the Year Bruce Arians has his main man in QB Carson Palmer (a former Cincinnati player) back to lead the strong Cardinals, while the Rams are looking to be a breakout team (though Cincy should be able to handle them). San Francisco is probably the only outright breather, as it is going through a transition, but that doesn’t mean we are guaranteeing a poor play by the Niners. 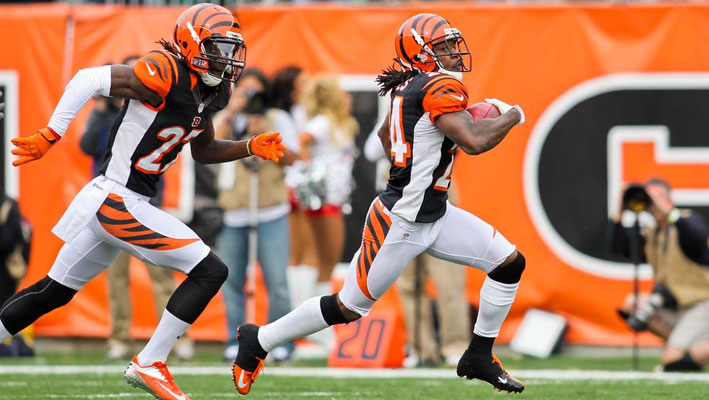 The AFC West is a different story altogether, as nearly everyone is tough there, the Broncos have been perennially strong since Peyton Manning joined them, while the Chargers and Chiefs had replica winning records of 9-7 with narrow misses on the playoffs, and are now looking in great shape to make amends in 2015. Oakland has a new coach and QB Derek Carr (a standout performer in his rookie year) got new weapons in Amari Cooper and Clive Walford, making the Raiders a dangerous underdog in 2015.If you add all that up, it is no secret that Cincy will be having a monstrous schedule in 2015, with the team needing a lot of luck for things to go right.

The Curse of Primetime Games 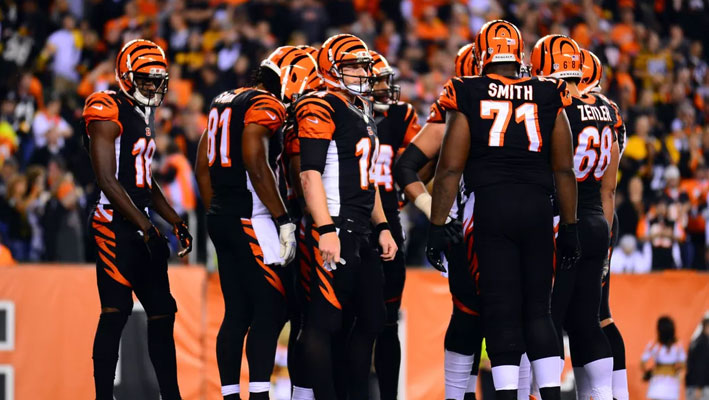 Going by their schedule, the Bengals will have prime time games against the Browns, Texans, 49ers and Broncos. Whereas this slate looks manageable for Cincinnati, the problem is that since Dalton joined the Bengals, the team has won only 3 of its 14 primetime games. In fact, in those games, Dalton has racked up a 55 percent completion rate, a passer rating south of 70.0 and a 12:17 interception-to-touchdown ratio. Offensive coordinator Hue Jackson and the Cincinnati fan base have resultantly been the brunt of jokes because of their lethargic showings at the big stage. If the Bengals once again fail in front of the bright lights this year, let’s say going 1-3, it could prove very disastrous to their season.

Hope in the Horizon for Cincinnati 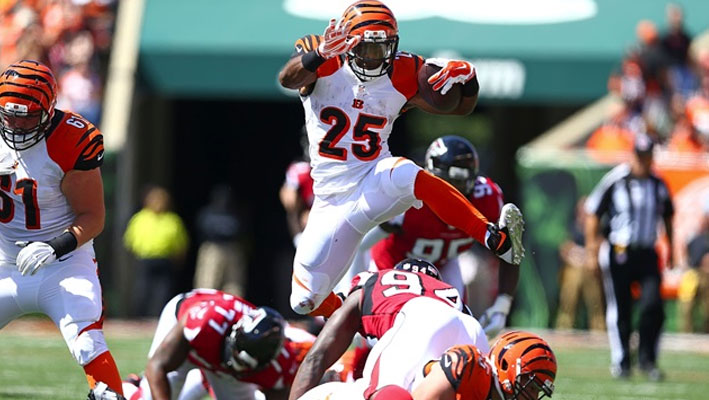 Despite the above challenges, it is worth noting that Dalton has been a decent quarterback, especially in the regular-season games, so another decent performance could be expected of him. Meanwhile, the rest of the Cincinnati team is loaded with good weapons, including four-time Pro Bowl wideout A.J. Green and breakout backfield star Jeremy Hill. From the OTAs, AJ McCarron has also been showing signs of brilliance, which should be able to push Dalton to a strong show in his make-or-break 2015 year.Defensively, signing A.J. Hawk and Michael Johnson guarantees some improvements in the defense, with possible revivals in the pass-rush department. This will be particularly important for the Bengals in 2015, as the majority of their opponents are teams with solid quarterbacks. 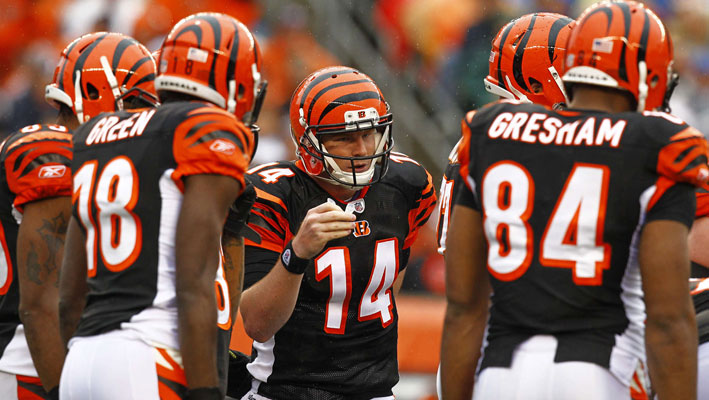 Averaging 10 wins in the last four seasons (in the tough AFC North) means that the Bengals have been doing something right during the regular season. So even with the challenges they have, expect them to fight strongly in 2015, nearing that 10-win mark once again. Nonetheless, I would not bet on Cincinnati being any good than they were in 2014, as the new season comes with tons of new challenges, most of which they did not face last year. Therefore, at best, a 9-7 mark would be my prediction on Cincinnati’s win total in 2015, with a high likelihood of the team sitting out of the 2016 NFL playoffs. Sources:FoxSports.com: http://www.foxsports.com/nfl/cincinnati-bengals-teamCBSSports.com: http://www.cbssports.com/nfl/teams/page/CLE/cleveland-browns
Older post
Newer post