NFL News and Rumors
The Oakland Raiders and the Cleveland Browns will both be trying to pick up a win on Sunday’s NFL odds when they battle at FirstEnergy Stadium.

.@Browns LT says @52Mack_ should have been #1 pick… compares him to one of the best ever: http://t.co/iQMYlLWy6X pic.twitter.com/kDJO51p6Gf

Cleveland rolled all over Tennessee in its Week 4 matchup, winning 28-14 to easily cash in as a 1-point home underdog. The Browns got a stellar performance from quarterback Johnny Manziel in the win as the former Texas A&M star completed 8 of 15 pass attempts for 172 yards with two touchdowns and no turnovers. Johnny Football made at least two highlight reel plays in the win, including one where he juked veteran linebacker Brian Orakpo before throwing a 60-yard TD strike to Travis Benjamin. “It was vintage Manziel,” Browns coach Mike Pettine said. “When a play breaks down that is what he brings.” In just his third career start, Manziel looked like the quarterback that the Browns were hoping he’d become when they drafted him with the 22nd overall pick in the 2014 NFL Draft. “I’ve come a long way from that point on Jan. 17,” Manziel said when asked about his off-field issues. “So to be sitting here today and just have an ultimate turnaround from what it was in the first two starts I had last year, personally it feels awesome. I think I’m getting better, still missed some things that I’m going to be hard on myself about tomorrow.” 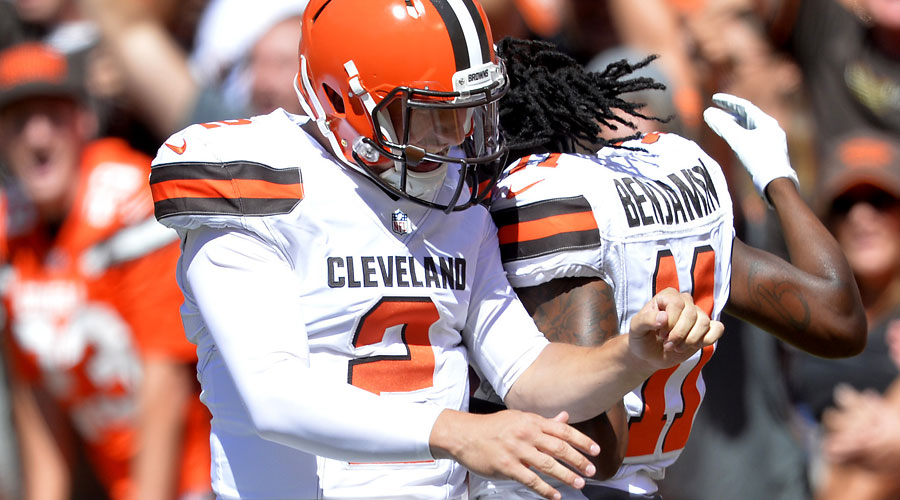 The Oakland Raiders recorded an absolutely thrilling 37-33 win over Baltimore in Week 2 as quarterback Derek Carr tossed a 12-yard TD strike to wideout Seth Roberts with 26 second left to lift the Raiders to victory as a 6-point underdog. “It was special,” said head coach Del Rio as he picked up his first career win with Oakland. “I had to focus on taking my mind elsewhere so I didn’t get all choked up. Very special for me.” Carr threw for a career-high 351 yards and three touchdowns one week after getting injured in Oakland’s season opener. “I’m thankful our defense held up,” Carr said. “After that I told the guys in the huddle, ‘Believe it. We’ve done this a thousand times.’ They did a great job of making plays.” Oakland rookie wide receiver  Amari Cooper finished with seven catches for 109 yards while veteran wideout Michael Crabtree added nine catches for 11 yards. “He showed poise and he stood there in the pocket and made some great throws,” safety Charles Woodson said. “This guy, he’s a special guy. You saw that with the last drive today.” 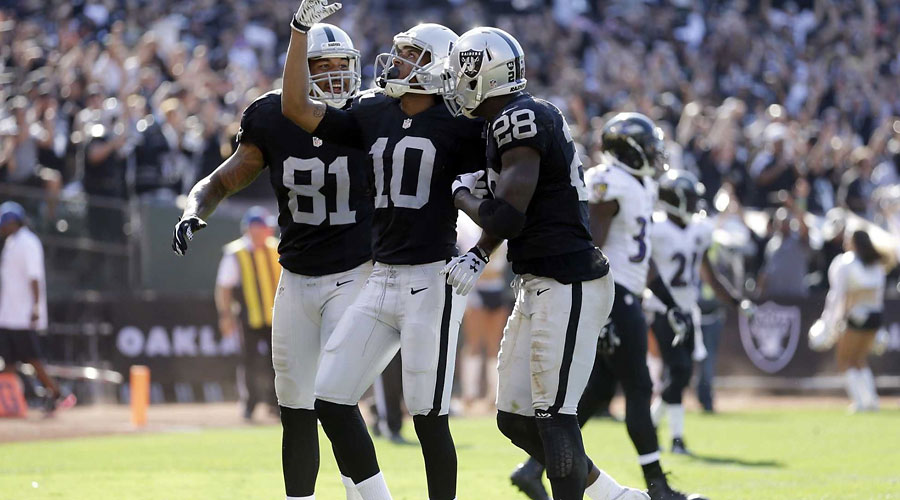 53 percent of public bettors likes Oakland to cover the spread – and so do I with the Browns naming veteran Josh McCown the starter for this matchup as he returns from injury. For me, McCown is mediocre at best and doesn’t have any upside at this stage of his career. I like the Raiders to get the upset road win in this one as they build on Derek Carr’s last performance. The Browns are 1-4 ATS in their last five games following an SU win and just 1-5-1 ATS in their last seven games following an ATS win. Strangely enough, the Raiders are 4-1 ATS in their last five games after allowing more than 30 points in their previous game and 4-0-1 ATS in their last five Week 3 games. The favorite in this series is 4-0 ATS in their last four meetings, but that was before Oakland drafted Carr and found out he was a flat-out stud of a quarterback. 59 percent of the betting public likes the Over in this contest and although I’m not totally sold on the O/U outcome, I’m going with public opinion, mostly because the Raiders put 37 points on the board against defensive-minded Baltimore the last time out. While the under is 4-0 in the last four meetings between these teams, I’m going to play the Over…just barely!