NHL Betting News
Of the four major professional sports in the United States, hockey is the best designed for creating and maintaining rivalries. After all, this is the only sport of the four that allows fighting to take place – there is a penalty, but it’s not as severe as it is in the other leagues. It involves players moving at a high rate of speed on skates and lining each other up for hits along the boards and in the middle of the ice. It even involves players losing teeth – and then coming back a few minutes later as soon as the team doctor can sluice the blood out of the way. But which rivalries are truly great by NHL betting standards? 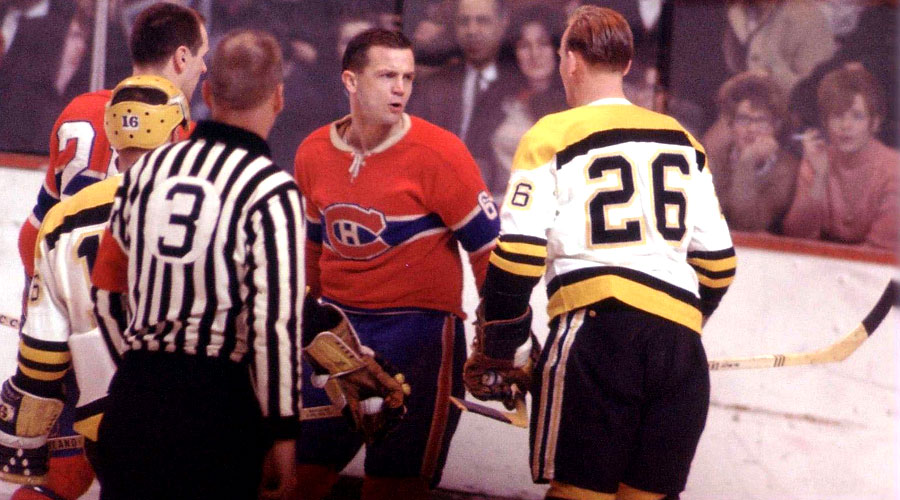 After the NHL expanded from just six teams, one of these two teams would win the first six Stanley Cups after the new teams arrived. The NHL decided to put all of the expansion teams into a new division, so that the league (now with 12 teams) would feature a Stanley Cup final that matched one of the Original Six franchises against one of the new teams. This means that the first three seasons saw Montreal and Boston taking turns beating the stuffing out of the St. Louis Blues. When the B’s and Canadiens met in the playoffs during this time, Montreal won all three series, including a seven-game thriller that saw Montreal come back from a 5-1 deficit in Game 2. 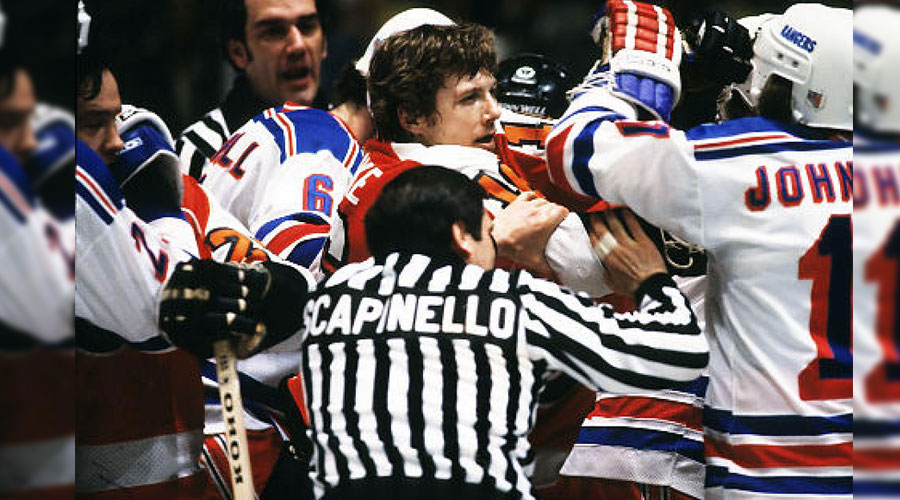 In actuality, just about every other team in the NHL hated the Philadelphia Flyers during this decade. Also known as the Broad Street Bullies, this was a team that brought brutality every night they stepped onto the rink. When the Soviet Union brought their Red Army team to the U.S. for an exhibition tour, the Flyers were the only squad that beat the Russians, using their physicality to intimidate a high-flying Russian team and send them out of the building.The Flyers won the Stanley Cup in both 1974 and 1975, and the Rangers were the only team that even came close to knocking the Flyers out, during the 1974 semifinals, a seven-game war in which the home side won all the victories. At one point, even faceoffs became controversial. 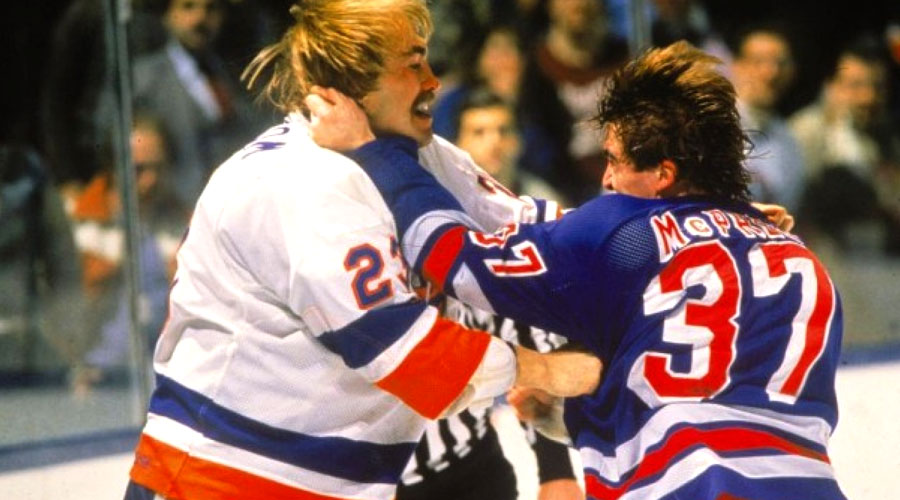 In 1979, Isles defenseman Denis Potvin ended the career of Rangers forward Ulf Nilsson, creating the chant “Potvin sucks.” In the four seasons from 1981 to 1984, the Islanders beat the Rangers in the playoffs every year. 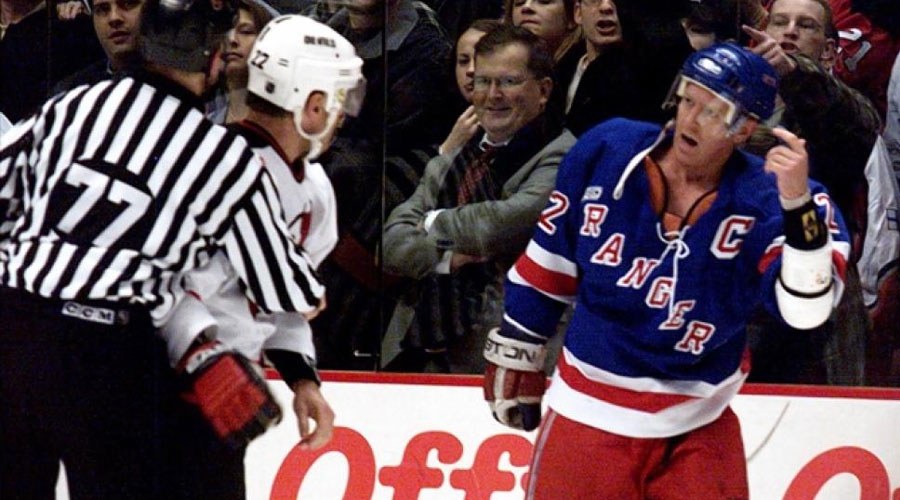 The Rangers went a long, long time without being good, going 54 years without a Stanley Cup (and now having gone 21 more years without another one). The Devils had never been good, and then they were both good at the same time. The Rangers knocked the Devils out in a seven-game series in 1992, which was a precursor for the conference final in 1994. Rangers captain Mark Messier guaranteed a Game 6 victory, and the Rangers also won Game 7…and the Stanley Cup a couple of weeks later. 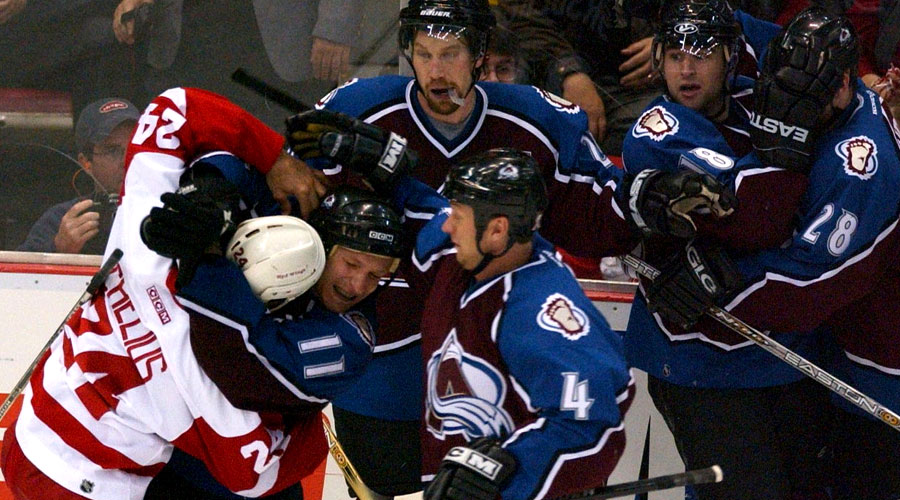 This rivalry had it all: Hall of Fame players, crucial stakes and actual hatred. In an era when you don’t hear about brawls much, it’s hard to imagine what these fights looked like, with even the goalies squaring off. But for eight years, they combined for five Stanley Cups – and tried to behead each other every year. 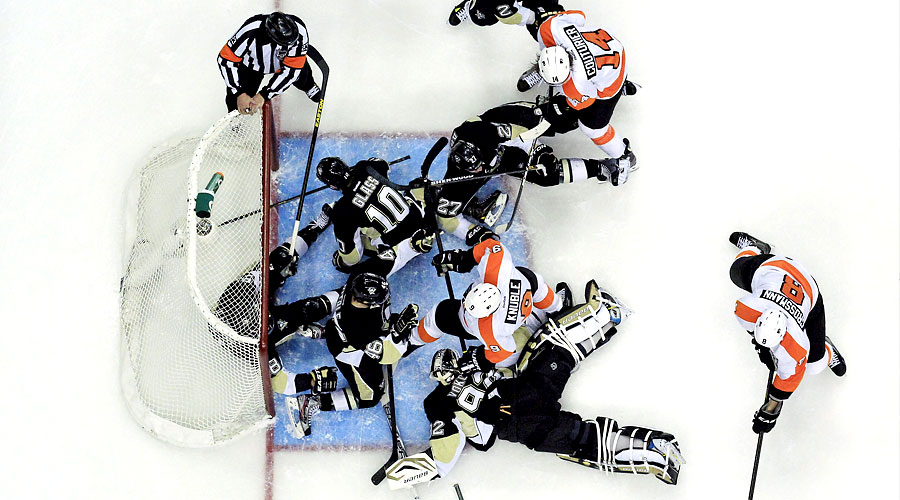 A lot of teams have taken swings at Pittsburgh in the Sidney Crosby area, but the Flyers took on the Pens three times in five years in the playoffs. The best series came in 2012, when the scoring sounded like a pinball machine, except when it was time for a five-on-five brawl.SourcesTheHockeyNews.com (http://www.thehockeynews.com/blog/an-oral-history-of-the-broad-street-bully-era-philadelphia-flyers/)NHL.com (http://www.nhl.com/ice/player.htm?id=8471675)
Older post
Newer post