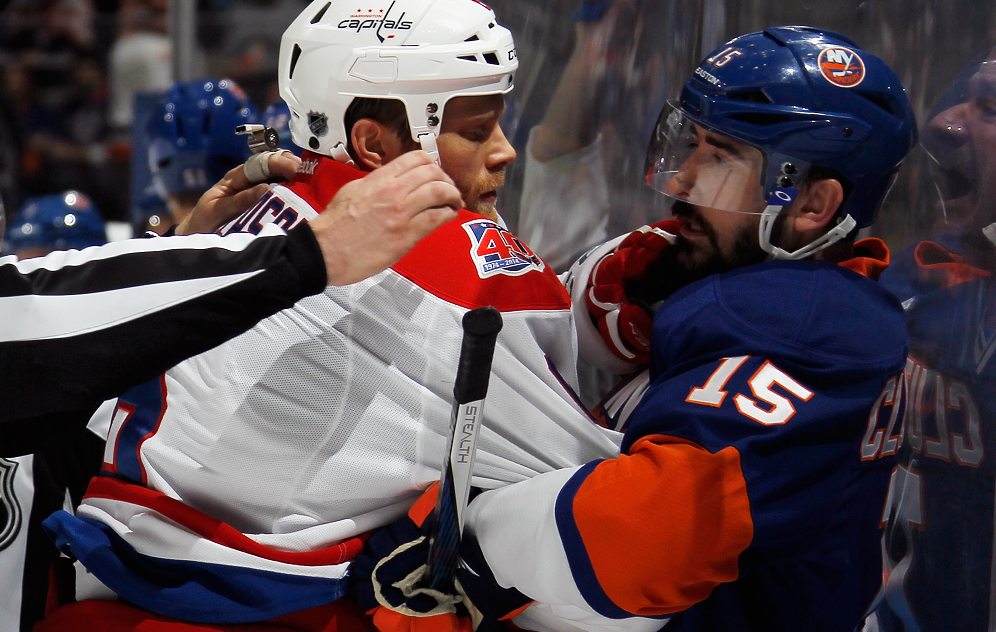 NHL Betting News
The Washington Capitals (48-27-12) edged a step closer towards the second round NHL playoff berth with a win over the New York Islanders (49-30-8) on Thursday and are hoping to get the job done by securing a Game 6 road victory at the Nassau Veterans Memorial Coliseum. With the New York Rangers already in the second round waiting to take on the winner of the Capitals-Islanders series, will the Capitals book their place in the second round, or will the Islanders ruin those plans and set us up for a winner-takes-all clash in Game 7? Read on to find out in the online NHL odds preview we’ve prepared for you below.Venue: Nassau Veterans Memorial Coliseum, Uniondale, New YorkDate: Saturday, April 25, 2015Time: 6:00 PM ETTV: NBCSeries Standing: Capitals lead the series 3-2Money Line: Islanders -130Capitals vs Islanders NHL Odds Preview and Game AnalysisFor all their talent, it’s still hard to wrap my ahead around the fact that the Isles suffered a 5-1 ice-meltdown at the hands of the red-hot Caps. Still, such are the benefits and disadvantages of the postseason games—any mistakes made by even the best of teams rarely go unpunished. And that, I believe, was the story for Isles on Thursday, as the only takeaways from the loss were the lone goal scored by Josh Bailey in opening period and Michal Neuvirth stopping all the 6 shots sent to him after starting netminder Jaroslav Halak allowed 5 goals in 35 shots for the 3 quarters he played.As for their opponents, it was a great day in the office for the Caps as they produced one of the most all-rounded games of the season, squashing New York’s scoring chances, while capitalizing on their own. Evgeny Kuznetsov led the goalanza with a pair of goals and an assist, with Jason Chimera, Karl Alzner and Brooks Laich also lighting the lamp (including two assists from Chimera and Alzner), plus two more helpers from Jay Beagle and Marcus Johansson. Meanwhile, Braden Holtby, who made 21 saves from the 22 shots he faced, paced their defense. 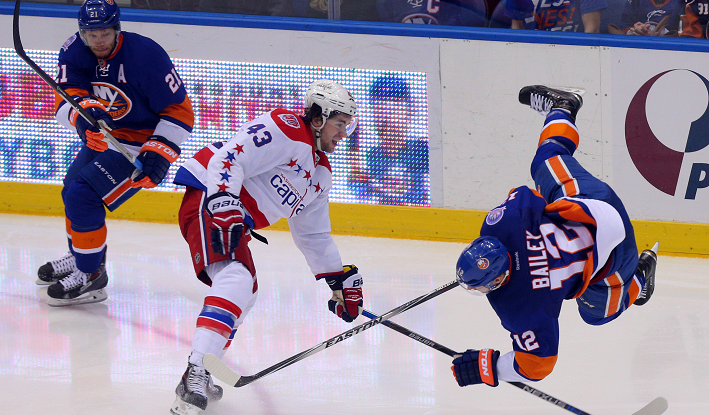 With the netminders of today’s game yet to be confirmed, I am assuming that Halak will be given the hook, though if I was the coach, Neuvirth would be my starting pick, going by his decent performance on Thursday, as opposed to Halak who struggled mightily as the starter.The goalie issues aside, the Isles will need their offense shooting hot very early in the game. This will be especially important if they want to avoid going to overtime, where the chances of winning the game are usually 50-50, as has been the case with the split in the two 2-1 OT decisions in Games 3 and 4.

Fortunately for the Islanders, the Caps have been kind-of shaky in their afternoon games, going 4-5-1 in such games during the regular season and suffering a 2-1 OT defeat in Game 3 that was played at the Nassau Coliseum. Furthermore, whether it’s pure coincidence or a crucial trend, it is worth noting that the Capitals have lost all of their last 4 games played on Saturday. Bearing such issues in mind, New York’s supporters should feel buoyed of their chances of getting the win this afternoon. 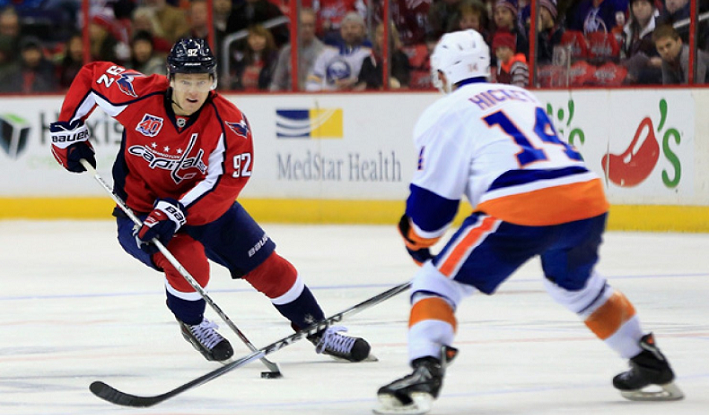 Even so, the Caps are impressively 10-5 SU in their last 15 road games against the Islanders, so writing them off this game would be a huge mistake. In addition, Holtby has been a beast between the pipes in the postseason thus far. Plus, if the fluidity witnessed in Washington’s offense in Game 5 is anything to go by, then whoever takes to New York’s offense is bound to have a long afternoon. And as if that is not enough, the Caps have a pair of proven attackers in Alex Ovechkin and Nicklas Backstrom, who are well-capable of being game-changers at anytime, so… yeah, the Isles will have their hands full.

With the netminders of this game not yet confirmed, it’s hard to make a befitting pick here. Making matters worse, the Caps are seemingly developing a thing (and a bad one at that) against playing in the afternoon and on Saturday, yet they still boast of an advantage in the recent head-to-head record between the two teams. Still, with all such factors considered, I’m leaning on Washington for the win, especially because of solid showing on Thursday, their strong road record vs. New York’s rather poor home record (see the betting trends above) and the netminding advantage that Holtby offers over Halak/Neuvirth. For total bettors, be on the lookout for an UNDER as both teams play cautiously in a rather cagey match.
Older post
Newer post