NHL Betting News
So even as the Chicago Blackhawks each enjoy their time with the Stanley Cup, it’s time to consider which teams are likely to hoist it this time next year in the NHL betting season.

At this point, the Coyotes might not even be playing in Glendale next year, as the city has terminated the lease agreement. Other than defenseman Oliver Ekman-Larsson, the Coyotes have an iffy roster. 1000-to-1.

Lots of young talent is on the way, including Evander Kane and likely #2 pick Jack Eichel. However, the team lacks a starting goalie. 1000-to-1.

Mike Babcock is one of the greatest head coaches in the game. However, the team is a mess, both in terms of its contracts and offensive lines. 500-to-1.

The Staal brothers are solid on offense, as is Justin Faulk on defense, but the goaltending is a big question mark. 300-to-1. 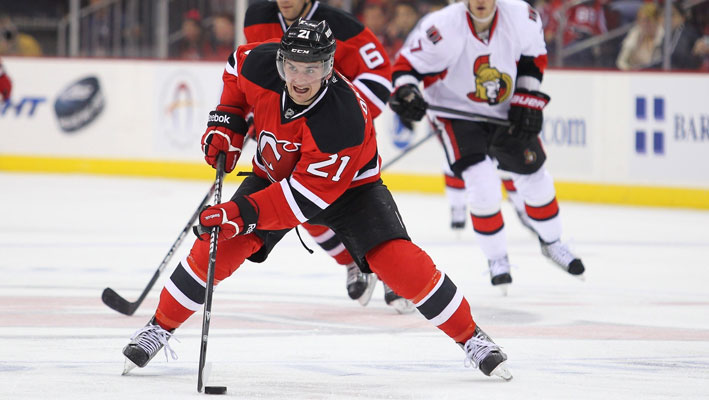 Cory Schneider is a terrific goaltender, and he has some stout defensemen in front of them, but the forwards need some definite changes. 300-to-1.

Jakub Voracek and Claude Giroux are two terrific forwards, and Steve Mason has been a terrific goalie. However, the defense is porous at best. 250-to-1.

This team has four great young forwards. However, there is no depth, either on the blue line or among the forwards. 200-to-1.

The forwards are young and skilled, and new head coach Todd McLellan is seasoned and experienced. However, the blue line and goaltending are a combined mess. 200-to-1. 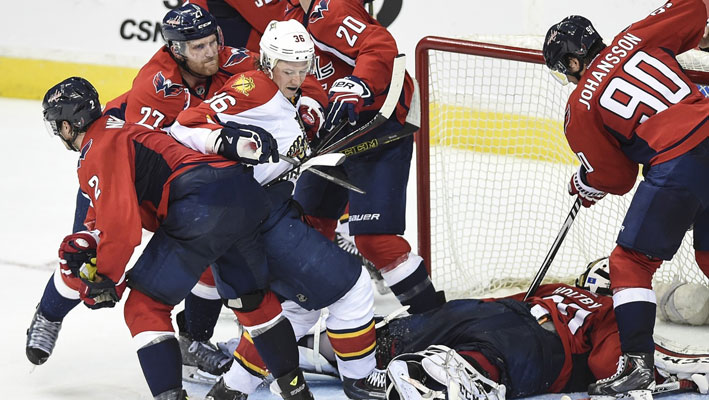 Roberto Luongo has solidified matters in the net, and the young forwards are impressive. This team still needs to mature more before becoming a true contender.

The team will likely be auditioning new goalies. However, this is a talented group that needs to believe in its potential. 80-to-1.

This is an aging team, but the Sedin twins are still incredible talents, and the defense remains deep as well. 70-to-1.

It’s hard to beat this team’s defensive corps, as Mark Giordano was a shoo-in for the Norris Trophy before suffering a torn bicep. Goaltending is a possible area for upgrade. 70-to-1. 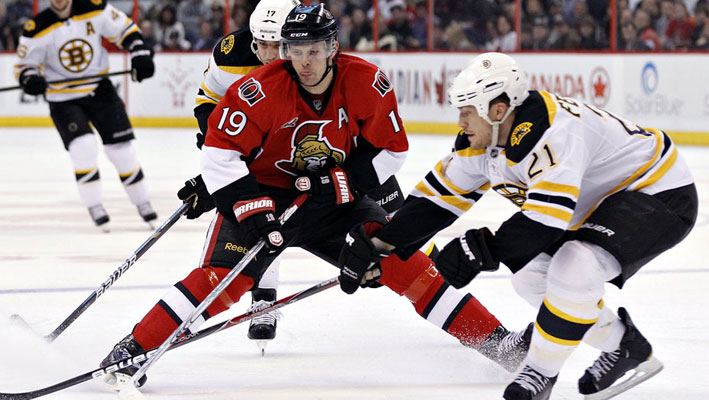 The Sens have three quality goalies, meaning they have one to trade, and Erik Karlsson is among the league’s best offensive defensemen. Their small budget keeps them from also showing a strong offense. 50-to-1.

Goalie Sergei Bobrovsky is the best netminder the team has ever hand, and there is also talent up front. The defense still needs some improvement. 40-to-1.

The defense, led by Tyler Myers, is the strength of this team. Goaltending remains an area in need of improvement. 40-to-1.

Tyler Seguin and Jamie Benn are just two in an amazing group of forwards. However, the defense is a major liability, and goaltender Kari Lehtonen is a big question mark. 30-to-1. 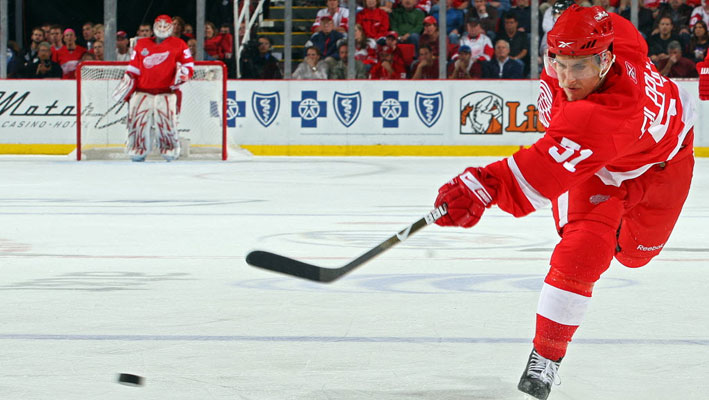 Remember the first round? When the Detroit Red Wings took Tampa Bay to seven games? Henrik Zetterberg and Pavel Datsyuk are still solid two-way stars. However, age is taking its toll. 30-to-1.

The B’s still have the core of their championship team, and Tuukka Rask still gives them a solid netminder. However, injuries and age are wearing away Boston’s greatness. 25-to-1.

Sidney Crosby and Evgeni Malkin are still two of the top ten hockey players in the world. Two veteran D-men are headed for free agency, though. 20-to-1.

All of the positions have veterans and quality youth. However, the goaltending will keep being a question unless the Wild can re-sign Devan Dubnyk with a tight salary cap. 20-to-1. 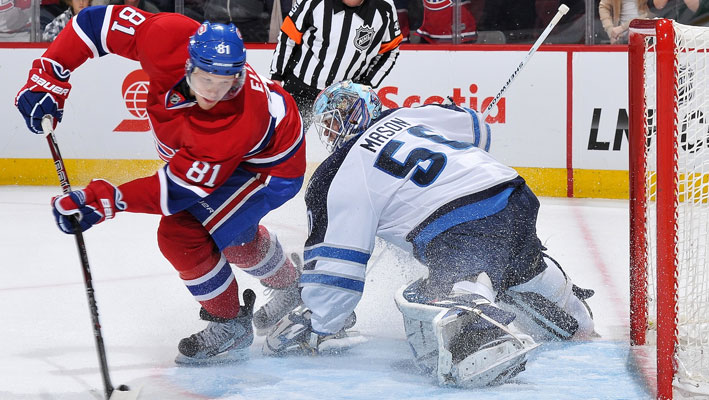 Carey Price is the best goaltender in the NHL today, and the defensemen are a capable, solid corps. The forwards are a bit small but quick. This team needs a marquee center. 20-to-1.

Washington’s defense improved this past year, and netminder Braden Holtby had a stellar year. However, the Caps rely too heavily on the power play for scoring. 18-to-1.

The Islanders finally brought some stability to their blue line, giving them the confidence to let their young, skilled forwards swarm all over games. The team still needs a top D-man, though. 17-to-1.

Ever since the Nashville Predators started play in 1998-99, their defense has been a strength. Roman Josi and Shea Weber are one of the league’s best pairs today, and Pekka Rinne is solid in net. However, their offense still lacks star power. 16-to-1. 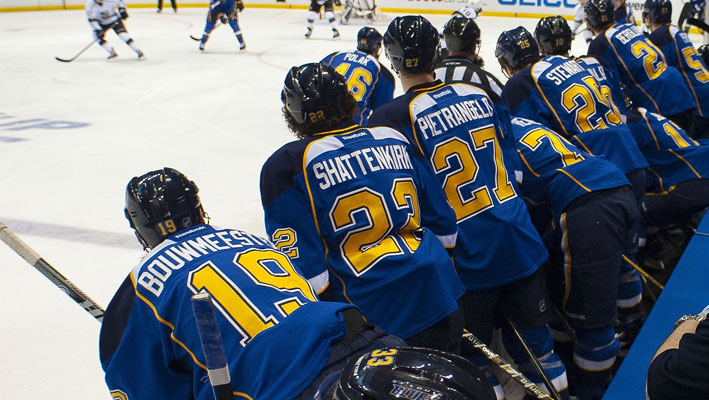 With large, physical forwards that play two-way hockey and a deep defense, all coached by Cup winner Ken Hitchcock, this should be a great team. However, goaltending is a question mark, and the team has been knocked out of the first round of the playoffs three years in a row. 16-to-1.

This is a team with up-front talent, size and attitude. The defense corps is deep and talented, and the Ducks also have two solid goalies. However, the top D-man, Francois Beauchemin, is an aging free agent. 14-to-1.

These are the defending champions, with two huge players in Patrick Kane and Jonathan Toews. However, the salary cap is bringing hard decisions to this team’s supporting cast. 12-to-1.

Except for Carey Price, no goalie is more reliable than Henrik Lundqvist. He has a terrific defense in front of them, and a deep corps of forwards to score. However, age is becoming an issue. 10-to-1. 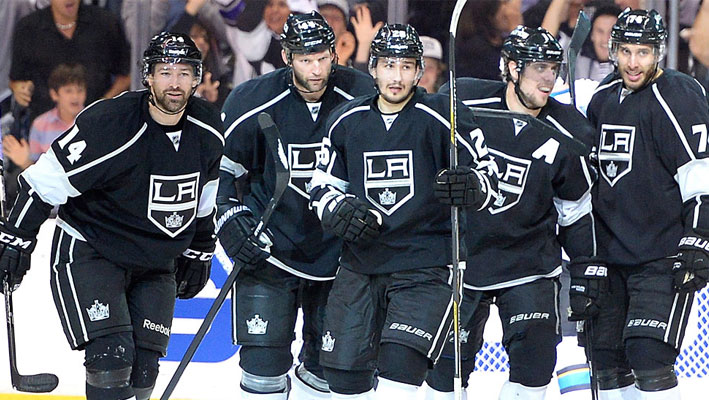 This team won the Cup in 2012 and 2014 and still has the corps. Anze Kopitar is one of the NHL’s top two-way centers, and goalie Jonathan Quick is known for clutch play. This team just failed to make the playoffs this year and has issues with the cap. 10-to-1.

This team just lost the Stanley Cup Finals, but they are young and on the way up. The salary cap does have some hard choices waiting for this club. 10-to-1. Sources:YahooSports.com: http://sports.yahoo.com/nhl/teams/nas/NHL.com: http://redwings.nhl.com/
Older post
Newer post