NHL Betting News
Even before the first puck was dropped, there was a feeling that the Anaheim Ducks and Chicago Blackhawks would deliver something special in the Western Conference Final. They have more than lived up to those expectations, serving up an instant classic that will finally be decided in Anaheim on Saturday night. We bring you the game preview with NHL odds of one of the most exciting series so far.

Time: May 30, 8:00 p.m. ETVenue: Honda Center, Anaheim, CaliforniaNational TV: CBC, NBC, TVAOpening line: Anaheim -133That this series is going all 7 games is really of no surprise to anyone who has tuned in for more than a couple of minutes. There have been 6 overtime periods played, and 4 of the 6 games have been decided by a single goal. To say that these two teams are evenly matched is putting things a little too mildly. The Ducks will be kicking themselves a little after allowing the Blackhawks to stave off elimination with a 5-2 win in Game 6, but they will also take comfort in knowing that they have the home ice edge in the deciding game.The Anaheim Ducks have relied heavily on a very deep bench to get where they are right now, with their top 2 lines both delivering big with crucial goals. The Blackhawks lean heavily on their top line, and it has served them very well to this point. Where Chicago has really thrived in this series, though, is playing in the pressure cooker that is OT in the playoffs. They have won 2 of the 3 games that went to overtime. Had they been unable to rise to the occasion, this thing could have been over early. The Ducks certainly had their chances to win all of those OT games, which is another reason why they must be kicking themselves right now. 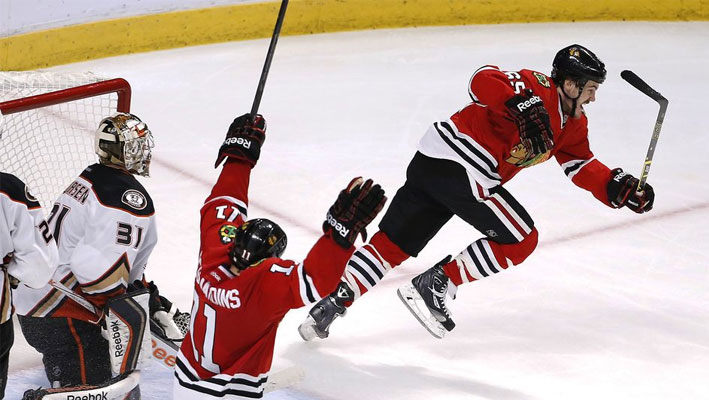 The good news for whoever wins this series is that the Eastern Conference Final is also going to a Game 7. There may be nothing worse than coming off a grueling series and then having to face a team that is sitting on a few days’ rest. That actually may have made things a little more interesting for the Stanley Cup Finals, though, as the general consensus is that the winner in the west will be the team that goes on to win the cup.

I liked the Ducks to win it all coming into the playoffs, so I am not going to change my stance now. They have home ice advantage, as well as two lines that have been going great all playoff long. I think they will take Game 7, but expect another close one.Sources:YahooSports.com: http://sports.yahoo.com/nhl/teams/ana/NHL.com: http://www.nhl.com/ice/series.htm?series=M
Older post
Newer post