NHL Betting News
We’re still in the middle of what’s a fairly quiet off-season in the National Hockey League. There is some gossip going within the hockey betting community, though, and here’s what we’re hearing this week.Very little has emerged into the public eye about the ongoing sexual assault investigation against Chicago Blackhawks winger Patrick Kane. It has now come out that the alleged victim only went to Kane’s house in a suburb of Buffalo because the victim’s friend wanted to go there. She only went, according to some of her friends, because she didn’t want her friend to be there by herself. The owner of the bar where Kane met the women has seemed to intimate that the women wanted to go to Kane’s house. Mark Croce, the owner, was quoted as saying that he saw a young woman “hanging all over Kane,” according to Pro Sports Daily. This would apparently be the friend of the alleged victim, though, as she was also “keeping other women away from him” to the point where Croce “noticed it and kind of laughed about it” according to Pro Sports Daily. The investigation continues at this point without any action against Kane.

The Kings will have a difficult time upholding the termination of Mike Richards’ contract: http://t.co/6DDKgdeEdW pic.twitter.com/PmIQIy90YU

Mike Richards appears to have some traction for the grievance that the NHLPA filed on his behalf against the Los Angeles Kings who recently terminated his contract, referring to a “material breach” of the deal that had to do with an incident at the border. However, no charges have emerged from that incident, and so the NHLPA has filed a grievance on behalf of the player. While Richards’ arrest may have had to do with drugs, the NHL/NHLPA Substance Abuse and Behavioral Program Policy does not provide for terminating a player’s contract if he has an arrest (or even a conviction) having to do with drugs. The situation will go to an independent arbitrator who has experience in the area of labor law. All of this appears to point in Richards’ favor. If anyone in the NFLPA is paying attention, these would be good things to work into their next collective bargaining agreement.Edmonton Oilers captain Andrew Ference was apparently very angry at one time – angry at all of the teams in the National Hockey League. Now in the league for 15 years, Ference was originally a player available in the 1997 draft. However, Central Scouting snubbed Ference ahead of the draft, and as a result, he wrote a letter to every general manager in the league. He just recently revealed this to the media, but given the duration of his career, it’s kind of a funny note. 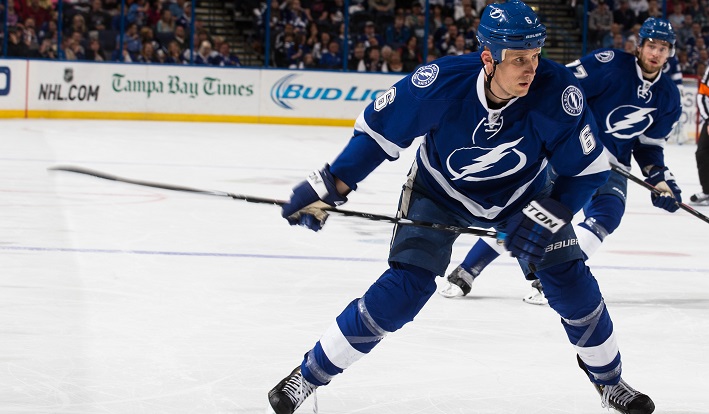 Finally, Sami Salo is going to retire after a long career in the NHL. His whole career has been marred by injuries, as he has never played more than 74 games in a year. He missed the whole 2014-2015 season because of a wrist injury – and this is the injury that is sending him into retirement. He did have surgery, but recovery did not take place like he thought, and he now can’t even play tennis. He’s about to turn 41, which will make rehab and conditioning difficult. His most infamous injury was a slap shot in the 2010 Stanley Cup playoffs that hit him in the cup – and sent him into the hospital. Luckily, it just caused a deep bruise – and he played in the next game.Sources:ESPN.go.com (http://espn.go.com/nhl/player/_/id/2387/mike-richards)NHL.com (http://www.nhl.com/ice/player.htm?id=8465202)
Older post
Newer post