NHL Betting News
If there is a good thing that came out of the incident between Ray Rice and his fiancee Janay in that elevator about a year and a half ago, it is that pro sports leagues are taking domestic violence and sexual assault more seriously than they ever have before. Right now, Chicago Blackhawks right wing Patrick Kane is in the midst of an investigation for alleged sexual assault. It remains to be seen whether NHL betting fans will watch this become a criminal case, but it will be interesting to see how the NHL responds with the allegations against one of its marquee players.

The Blackhawks may have little choice but to suspend Patrick Kane http://t.co/o9Ze4X6Mzz pic.twitter.com/cWfU9fOtDC

The NHL has dealt with other domestic violence cases since the Ray Rice scandal went viral. In October 2014, Los Angeles Kings defenseman Slava Voynov was arrested for domestic violence charges, and the league suspended him the next day. The Kings finally released him – 76 games later. The NHL did not have a domestic violence policy in place at the time, but given the fact that he was arrested, it was the right thing to do at the time. Voynov remains under suspension. In his case, he pleaded no contest to domestic assault and is currently serving 90 days in jail. The NHL did something that the NFL did not by getting out in front of the situation and stating that just being involved in that sort of situation was not acceptable and was worthy of suspension. 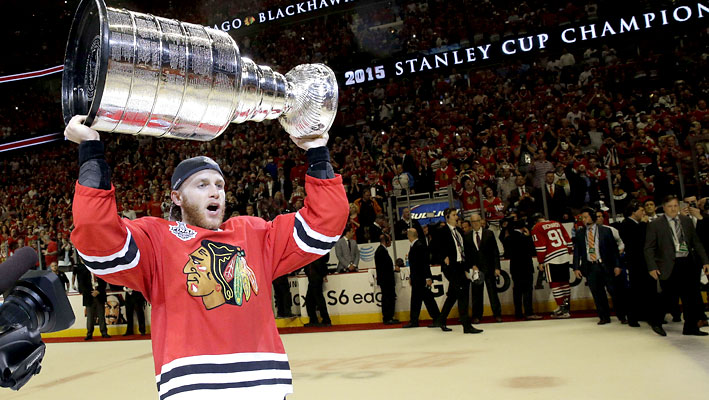 So what will happen with Patrick Kane? Neither the league nor the Blackhawks have done anything, even as the police have been traipsing back and forth in Kane’s Hamburg, New York, home collecting evidence. So what will the league and the team do? 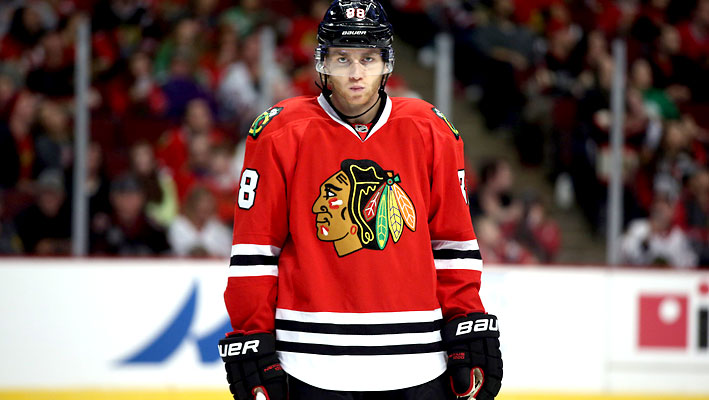 I think the key here is that Kane has not yet been arrested (as of August 12). While sexual assault is one of the most awful crimes that there is, the simple truth is that while it happens too many times, there are also situations where alleged victims are making up a story to entrap someone. The National Center for the Prosecution of Violence against Women reports that the estimated percentages of fake reports of sexual assault fall between two and eight percent. 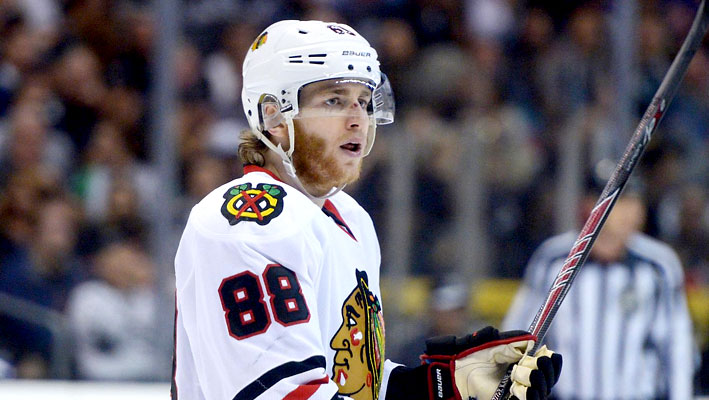 So I don’t have a problem with the league and the team waiting to suspend Kane until the police decide whether or not to charge him with sexual assault. But if and when the arrest happens, the suspension needs to follow just as swiftly as it did with Slava Voynov. It’s true that Kane is one of the highest paid and most talented players in the entire league, but if there will be a criminal case against him, he doesn’t need to appear on the ice until it is resolved. If he ends up being acquitted, then he should come right back to the ice without any further discipline. After all, criminal cases are often built against people who didn’t commit those crimes. However, any plea of guilt or guilty finding should also lead to a lengthy suspension, as it has with Voynov.SourcesBuffaloNews.com (http://www.buffalonews.com/feed/new-details-emerge-in-allegations-against-nhl-star-patrick-kane-20150809)Yahoo.com (http://sports.yahoo.com/nhl/players/4549/)
Older post
Newer post