NHL Betting News
Very different motivations for Saturday afternoon’s game in Pittsburgh between the Coyotes and Penguins. The home team is jockeying for better playoff position, while the visitors would be better off not winning another game this season. Pittsburgh will be a sizable favorite in online NHL betting.Time: Saturday, 1 p.m. ETVenue: CONSOL Energy Center, PittsburghNational TV: noneMoney line: Pittsburgh -325 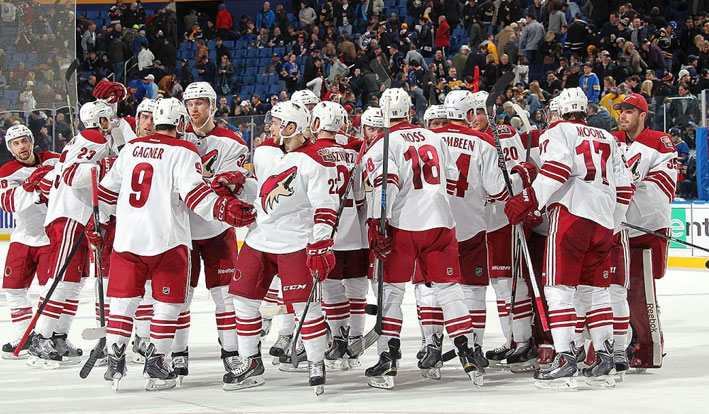 Pittsburgh has 91 points, which is third in the Metropolitan Division. It is just two behind the second-place Islanders and also just one ahead of fourth-place Washington, which is currently holding down the first wild-card spot in the Eastern Conference. It’s not impossible the Penguins miss the playoffs entirely if they stay in a funk. The final wild-card team,  Ottawa, is just five points back. Pittsburgh has only three wins in its past 10 games and enters this must win on a two-game slide. There is no excuse for losing at a bad Carolina team, but that’s what the Penguins did on Thursday, 5-2. Goalie Marc-Andre Fleury was pretty terrible as Carolina hadn’t won in its past six at home. Brandon Sutter and Ian Cole had the Penguins goals.Certainly part of the reason for Pittsburgh’s struggles has been the absence of two of the team’s best forwards in Evgeni Malkin and Patric Hornqvist (why no early opening line). Malkin, leading the team with 28 goals, missed his sixth straight game Thursday and Hornqvist, whose 23 goals rank third on the Pens, missed a fifth straight. Malkin was a game-time call for both Tuesday and Thursday this week so there’s a solid chance he returns Saturday because the Pens are pretty desperate. Hornqvist is probably 50-50. Pittsburgh also played the Hurricanes without defenseman Christian Ehrhoff, and he’s probably not going to play this weekend. Only two players — center Nick Spaling and defenseman Rob Scuderi — have played in every game this season. I do believe that backup goalie Thomas Greiss plays Saturday because Fleury was so shaky Thursday and the Pens play again Sunday against San Jose.

Arizona has 54 points, the second-fewest in the NHL, but the Coyotes are hurting their chances at the No. 1 overall pick in the draft thanks to a two-game winning streak. In fact, Thursday’s 4-3 overtime win at Buffalo was a terrible result because now the Sabres (48 points) figure to finish with the fewest points. The Coyotes should have tanked that game in all seriousness. Buffalo fans were cheering when Arizona’s Sam Gagner scored 56 seconds into OT because the Sabres would be guaranteed a top-two spot in the draft with the league’s lowest point total. 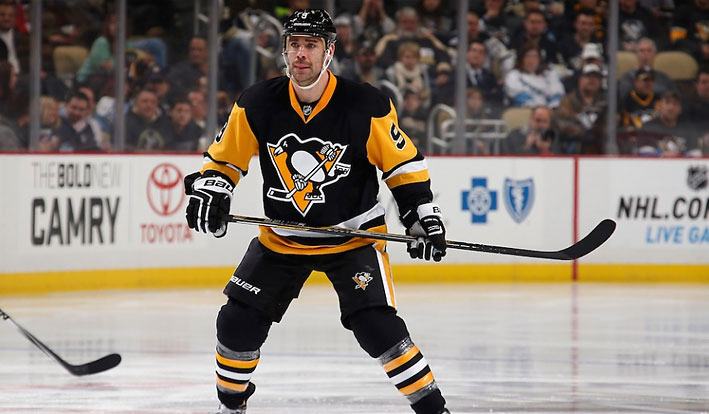 Being in different conference these teams  just play twice, once each at home. Pittsburgh visited the desert last Saturday and won 3-1 to end a four-game losing streak in which it had totaled just two goals. There’s nothing like the terrible Coyotes to get a team off a losing skid. Arizona actually took a 1-0 lead early in the second period on a Tobias Rieder short-handed goal, but the Pens tied it at 8:45 of the second as Sutter scored on the power play. Daniel Winnik and Sidney Crosby (empty net) added the other two goals. Fleury stopped 30 shots. The Penguins were without Malkin and Hornqvist. 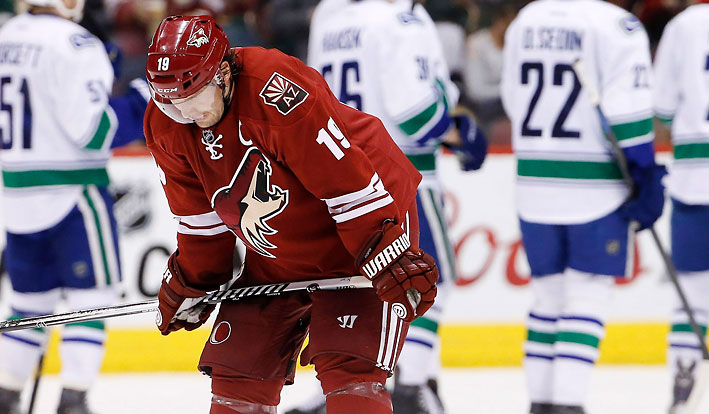 No-brainer here no matter who is in net for Pittsburgh. Arizona is 2-11 in its past 13 against the Eastern Conference.
Older post
Newer post