NHL Betting News
If you’re like me and you love player props odds that allow you to bet on the ‘game within the game’ then you’re in for a treat thanks to this fun-filled player props NHL betting breakdown.From the likely MVP winner to who’s going to score and how much, you’re about to get some NHL Finals knowledge that you can take all the way to the bank!

“Well I don’t mean to correct you but it’s 3 finals in 6 years.” @88PKane knows his facts. #StanleyCup pic.twitter.com/N9vLi54MgJ

With that said and the Finals getting underway in short order, let rock and let’s roll people! 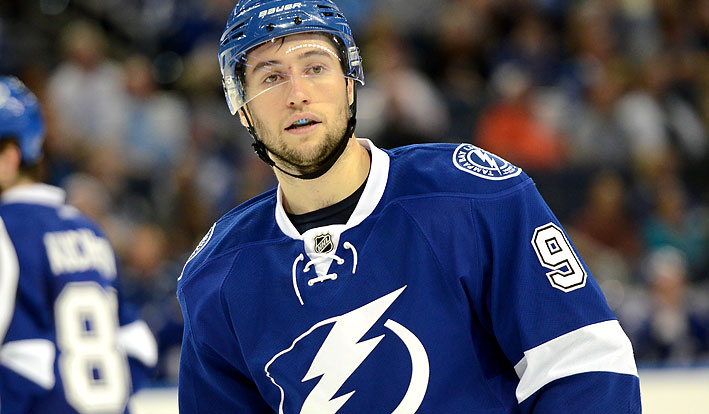 Tampa Bay goalie Ben Bishop leads all goaltenders in this year’s playoffs with 12 wins and three shutouts, including a pair in the Lightning’s road wins in Games 5 and 7 of the Eastern Conference Finals against the New York Rangers. Bishop is also ranked seventh in goals-against-average this postseason (2.15).My Pick: I’m going with Tampa Bay center Tyler Johnson to win the Conn Smythe Trophy and complete what has been an absolutely stupendous postseason. Johnson is fast, smart and loves to share the puck with his equally-speedy ‘Triplets’ line mates.No team has figured out a way to slow Tampa Bay’s top line and I suspect that Johnson will figure out a way to continue being an effective goal-scorer and passer.My No.2 pick to win the MVP award is Tampa Bay captain Steven Stamkos. The veteran has been playing some of the best hockey of his career this postseason and has been almost as equally as effective as Johnson as a passer and scorer.Last but not least, I’m going with a pick for Chicago’s Patrick Kane, a superb player that shares the spotlight with all-star teammate Jonathan Toews. Kane has been an unstoppable force as a scorer and passer this postseason and often makes plays for the Blackhawks simply by being in the ‘right place at the right time’.The Pick: Tyler Johnson

Will a player from the losing team be awarded the Conn Smyth Trophy?

Yes +1400No +10000Analysis: No, that’s not going to happen. NO player from a losing finals team has won the Conn Smythe since Anaheim’s Jean-Sébastien Giguère back in 2003.The Pick: No 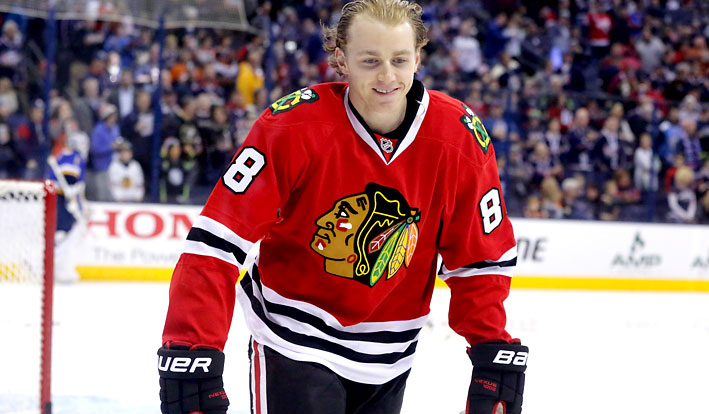 Must Play in Game 1 of the Series For ActionOver/Under 6 -120Analysis: With 20 points in 17 playoff games, Patrick Kane is averaging over one point per contest as well, so I say ‘Over’.The Pick: Over

Must Play in Game 1 of the Series For ActionOver/Under 4½ -120Analysis: Hossa has scored 13 points in 17 playoff games and I think he narrowly goes ‘Over’ here with five or six points in the finals.The Pick: Over

Must Play in Game 1 of the Series For ActionOver 4 -140Under 4 EvenAnalysis: With a whopping 18 points in 17 postseason games, I think Duncan Keith is a lock to go Over against his player props odds of just four points.The Pick: Over

Must Play in Game 1 of the Series For ActionOver/Under 3½ -120Analysis: If you don’t know by now, Saad is probably as fast as any player on the Lightning including Tyler Johnson. With eight points in 17 playoff games, I like Saad to narrowly reach four points in the Finals.The Pick: Over SourcesNHL.com (http://www.nhl.com/ice/player.htm?id=8474870)ESPN.com (http://espn.go.com/nhl/player/_/id/3735/patrick-kane)
Older post
Newer post