NHL Betting News
The 2015 Stanley Cup Playoffs is down to four teams—the New York Rangers, the Chicago Blackhawks, the Anaheim Ducks and the Tampa Bay Lightning, and going by the latest odds in online betting, a matchup between the Hawks and Rangers is likely to produce this year’s Stanley Cup winner. But after yesterday’s overtime victory by the Rangers over the Caps, it is safe to say that anything can always happen in the playoffs, so bettors must be ready to expect the unexpected. Following New York’s victory last night, the NHL Odds to win the 2015 Stanley Cup were updated as follows:• Rangers: +210• Blackhawks: +220• Duck: +240• Lightning: +475With Chicago set to take on the Anaheim in the Western Conference Final (starting on Sunday, May 17th) and the NY Rangers going against Tampa Bay in the Eastern Conference Final (starting on Saturday May 16th), we take a look at what the four teams bring to the NHL betting table, as far as contending for the 2015 Stanley Cup is concerned.

The Rangers advanced to the ECF with a 2-1 OT win over the Washington Capitals in Game 7 at the Madison Square Garden last night, earning them a chance to progress to the Stanley Cup for the second year in a row. The series against the Caps was far from an easy one, with the Rangers clawing back from a 3-1 hole after four games in their best-of-7 series with three straight victories in the final three games of the series. 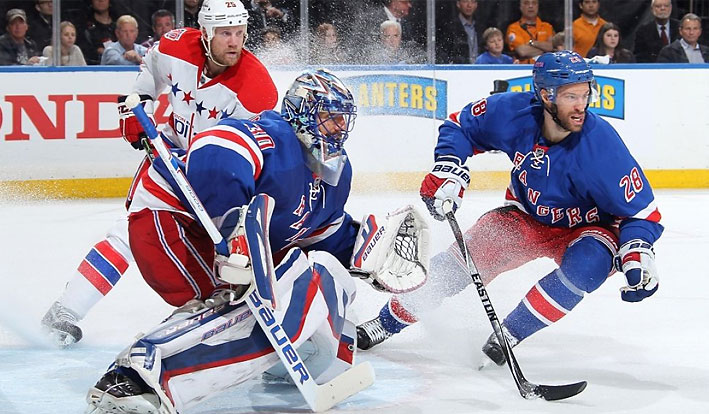 Entering the Conference Final series, the Rangers will be without forward Brian Boyle and defenseman Anton Stralman, who were very instrumental in leading the New Yorkers to last year’s Stanley Cup Final. Both players were traded to the Lightning after the 2013-2014 campaign. Even so, the Rangers still boast of an abundance of talent, including goalie Henrik Lundqvist (who leads New York’s mean defense that tops the league in save percentage at .900) and versatile players like Swedish right winger Jesper Fast, forward Chris Kreider, left wing Rick Nash and Derrick Brassard, who can all double up as assets on both sides of the ice. Therefore, although the Lightning come into the ECF comparing quite closely with New York in most statistical categories, the Rangers should be able to use their deep playoff experience to clinch the conference title.

Through their league-leading scoring average of 3.2 goals per game, the Lightning have been a real menace this season. So, although this will just be their third appearance in the Eastern Conference Final and most NHL pundits look at them as underdogs, the Rangers will need to be very careful if they are to an upset in their series. The Lightning advanced to the ECF, courtesy of a 4-1 Game 6 win against the Montreal Canadiens at the Amalie Arena on Tuesday. 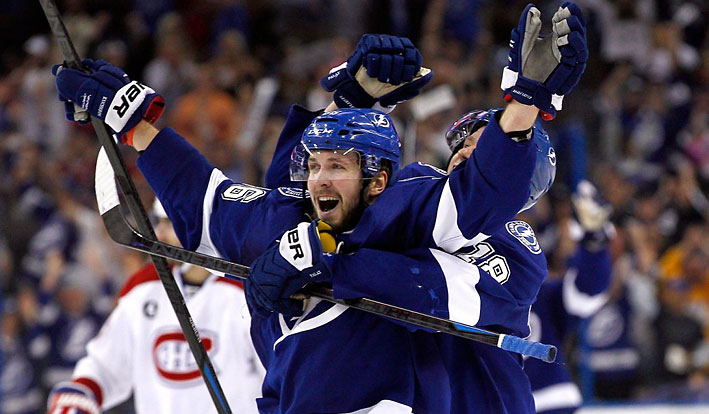 Besides Boyle and Stralman, Tampa Bay equally boasts of several talented players, including forwards Nikita Kucherov and Steven Stamkos, linemate Tyler Johnson and goalie Ben Bishop. Even more crucially, the Lightning went 3-0-0 in their regular-season series against New York, with Stamkos collecting 7 points and 2 goals, Johnson getting 6 points and 2 goals, and Bishop having a .900 save percentage on a 2.34 goals-against average in the three victories.With such stars leading the team, and Tampa Bay’s solid special teams continuing with their stellar playoffs (they killed 15 of 16 penalties against the Canadiens), it would not be a surprise if the Lightning dominate the Rangers, probably in the same way they did during the regular season.

Going against the uber-talented and physically intimidating Ducks in the Western Finals is probably something most teams would be scared of. The Hawks, the relish it all, and given the chance starting Sunday, they are likely to prove that skill, speed and determination matters more than size, as they’ve done countlessly in the past. 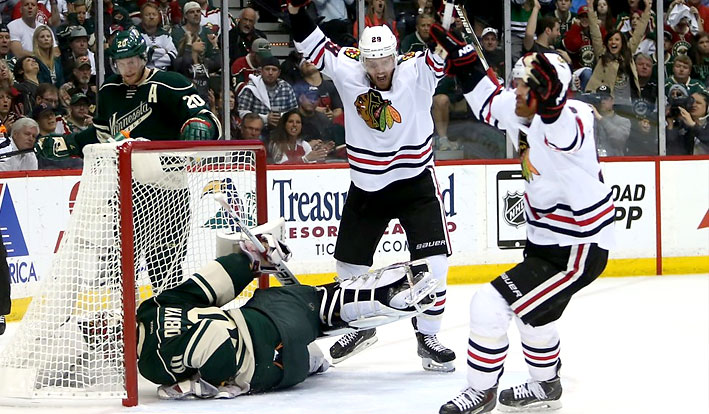 In addition to their diversely skilled unit, the Hawks boast of being the most successful NHL team over the past decade, making their fifth WCF appearance in 7 years, including two Stanley Cup victories over the past 5 years. The motivation of such a successful history is very likely to see them come into their series buzzing with a lot of confidence, probably in the same way the confidently dispatched the Minnesota Wild in a four-game sweep in their second-round series last week. Added to the well-rounded balance of talent in their squad that includes proven warhorses like Patrick Kane, Jonathan Toews, Duncan Keith, Patrick Sharp, Brent Seabrook and Brandon Saad, the Hawks are without-doubt the team to beat.

Making their first WCF appearance since winning the Stanley Cup in 2007, the Anaheim Ducks are looking every bit like the darkhorse team that could upset the Stanley Cup Playoffs odds by sneaking to win it all. In their last series, the Ducks took care of the Calgary Flames in five games after sweeping off the Winnipeg Jets in the first round.Apart from their much-talked-about physicality, Anaheim’s resolute defense makes them hard to score against. It is essentially because of their good defensive system that they were able to stop high-quality chances and speedy odd-man rushes against the Flames and Jets. This defense will need to be at its best if the Ducks are to disrupt the lightning-quick Hawks, who often use their pace to control games and pile incessant pressure on the opponent’s zone. 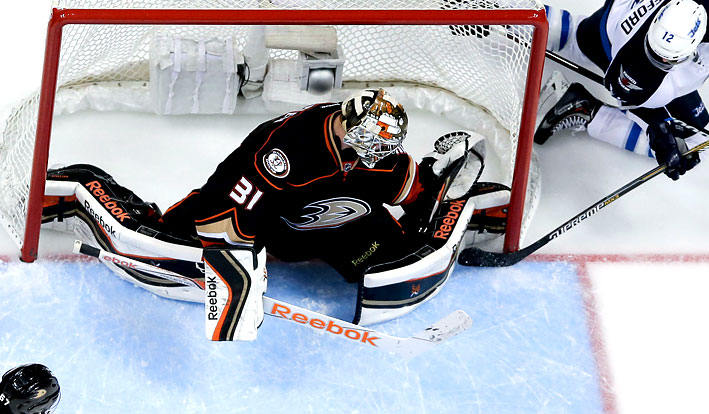 Furthermore, in last year’s playoffs, Chicago lost to the Kings, partly due to the Kings’ strong physical presence in the game. So, even though the Hawks have improved considerably in handling teams with big-sized players, there is a good chance that, if the Ducks can put their big bodies on the line throughout the series, something will eventually give in their favor. After all, the likes of Ryan Getzlaf, Ryan Kesler, Matt Beleskey, Jakob Silfverberg and Francois Beauchemin have sufficient talent and experience to not only shock the Hawks, but even march on to the Stanley Cup Final to beat whoever will come out of the Eastern Conference Final.

Based on the team-by-team analysis given above, here are our ECF and WCF betting predictions:• Rangers Win over Lightning in 6 games• Ducks over Blackhawks in 7 gamesFor a full overview of the schedule for all the remaining games, TV coverage, and time, check out this link from NHL’s Official Website. SourcesNHL.com (http://www.nhl.com/ice/series.htm?season=20142015&series=m&navid=nhl:topheads)ESPN.com (http://espn.go.com/nhl/team/_/name/ana/anaheim-ducks)
Older post
Newer post