NHL Betting News
There were some concerns among hockey fans when the NHL decided to revert back to a playoff setup that was based on divisional play, as it was back in the day. Those concerns have been erased, though, as there are some amazing divisional races that look as though they are going to go down to the wire. One of the best of those is in the Metropolitan Division, where the Rangers and Islanders are playing a game of leap frog at the top of the standings. Check our online NHL betting lines here. Time: Tuesday, 7:00 p.m. ET Venue: Nassau Veterans Memorial Coliseum, Uniondale, New York Opening line: Islanders -108 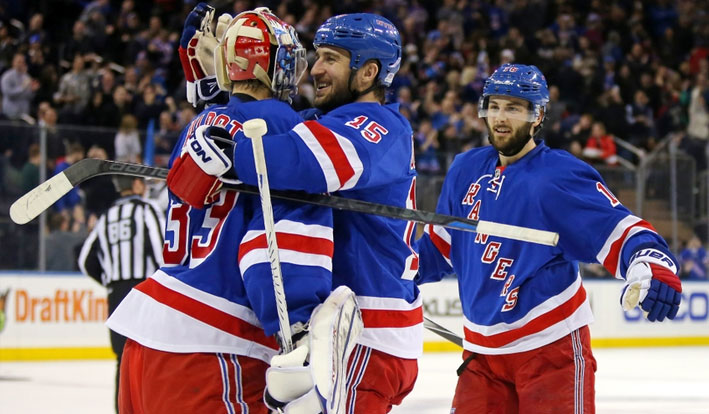 It is the Islanders who have the upper hand at the moment, but that may change again when these two teams meet at the Nassau Coliseum on Tuesday night. The Islanders are holding on to the top spot despite going through something of a rough patch in the past couple of weeks. They have dropped 5 of their last 8, although 3 of those losses went to OT, ensuring that the Isles would at least get a point. A big part of the problem for the Islanders recently has been their play on defense, as they have given up 14 goals in a 4-game stretch. With a 3.1 goals per game average, the Islanders are among the top scorers in the league, but when you are giving up that many goals, it’s tough to overcome no matter how skilled you are offensively. 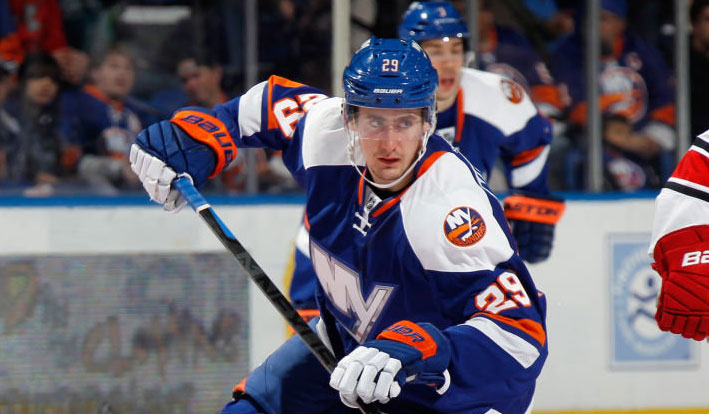 The Rangers are sitting a point out of the top spot, but they do have 3 games in hand to the Islanders. The Broadway Blueshirts are among the hottest teams in the league right now, having picked up points in 12of their last 13 games. The Rangers are a very balanced team, as they are 4th in scoring, and 3rd in goals against average on the season. A big part of the Rangers success this season has been the play of Rick Nash, who’s 38 goals and 60 points put him among the offensive leaders in the league. Goaltender Cam Talbot has also been spectacular this year, and has also been instrumental in making the Rangers one of the favorites to win the Stanley Cup. 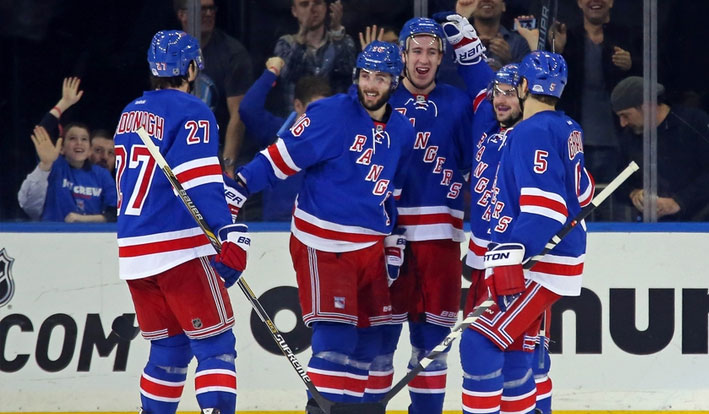 The islanders lead the season series by 3 games to 1, with each of those match-ups being on the high scoring side of things. I expect another shootout here, and I like the Rangers to come out with the big win on the road.
Older post
Newer post