NHL Betting News
The New York Rangers may have been unable to stop the departure of Carl Hagelin, Martin St. Louis and Cam Talbot, but they did score a lot of offseason points by retaining the services of Derek Stepan.  According to Larry Brooks of the New York Post, who first announced the news of the deal, the first-line center signed a six-year deal that will pay him a total of $39 million.

Stepan’s Deal is Good Money’s Worth

Coming off a productive season where he recorded 55 points (39 assists and 16 goals) in 68 games for the Rangers, getting Stepan to sign a new deal was really important for New York. Since being drafted as a second round pick in the 2008 NHL draft ( 52nd overall selection), the 25-year-old center has been a key reason the Rangers have been a successful team in the NHL Odds and lines. Last season’s performance, for example, helped the Rangers to advance to the Eastern Conference Final, their third ECF appearance in four seasons.

Derek Stepan had one of the top ten moments of the season http://t.co/lZqMzlIo99

In his last five seasons with the Rangers since making his debut back in 2010, Stepan has impressively accumulated 252 points (163 assists and 89 goals) in 362 games regular-season games. And in that five-year span, the Hastings, Minnesota native has helped the team to make five consecutive postseason appearances, totaling 41 points (26 assists and 15 goals) in 80 playoff games, underlining his undeniable value to the team. Essentially, it is because of his proven efficiency that many fans are happy with his return to the team for the 2015-16 season. 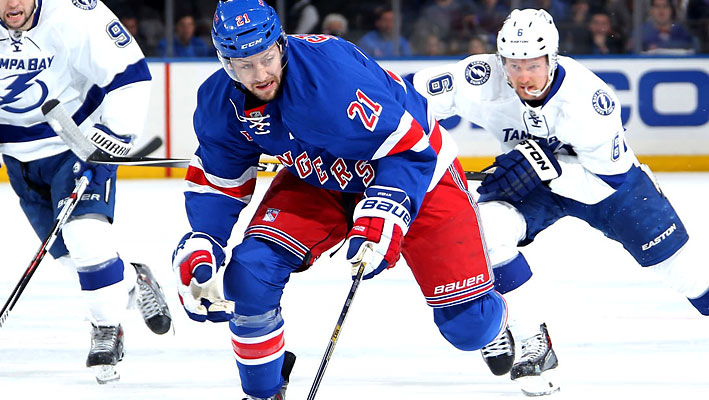 Getting Stepan to sign a new deal was certainly important for the Rangers team that had the best ratio of goals for versus goals against at evens in the league last season, an important driving factor towards their success. Having a healthy Keith Yandle will, of course, be important as well, especially in power plays, as the team seeks to maintain its reputation as a solid offensive unit.Even so, New York’s offense still has a lot of work to do, as it is yet to find a way of replacing the gaping holes left by St. Louis and Hagelin, who importantly combined for 38 goals last season. In terms of additions, the Rangers locker room has three new forwards (including Oscar Lindberg), a new seventh defenseman and a new backup goaltender, which is clearly admirable, but not enough for them to challenge the huge deals made by other teams in the offseason.

Following Stepan’s new deal, which came out to an average salary cap hit and annual salary of $6.5 million, the Rangers only have an approximate value of $424,000 in cap space, according to General Fanager, with a total of 23 players under contract for the 2015-2016 season. Making another major move between now and the start of the new season therefore looks unlikely, unless somebody is shipped out the team over the coming weeks to create extra space under the cap. 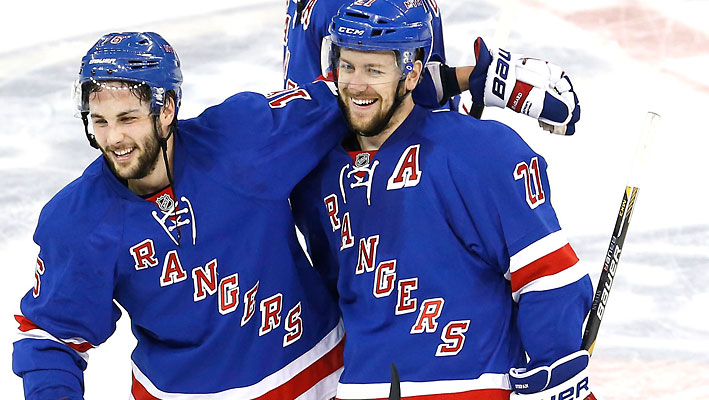 In his first offseason as the New York Rangers general manager, Jeff Gorton has judgingly had a commendably productive time. Releasing Hagelin to the Ducks for Emerson Etem in the draft made sense since Hagelin was due for an unaffordable high raise. Bringing in Raphael Diaz (as the seventh defenseman) and Viktor Stalberg (for bottom-six depth) was also good for the team, considering the moves filled urgent needs in the team. However, trading star goal-scorer Cam Talbot for draft picks was a bit risky, but if the young players (mainly Kevin Hayes, Chris Kreider and , J.T. Miller) to can live up to the expectations, especially in the offense, then it should be all good for the Rangers.Diaz, Lindberg and Antti Raanta and are all solid players that can help the Rangers win a good number of games, and with a deeper forward group (with good scoring potential), New York should be set for the new season.  Furthermore, in Etem and Stalberg, the Rangers have quality that can serve as the team’s seventh d-man and backup goaltender. So as far as the offseason is concerned, the Blueshirts have done well enough (on paper) to reach the playoffs once again and, if the forwards can gel in time for the playoffs, then the team should be able to do better than they did when they lost to the Tampa Bay Lightning. For now, though, all we can do is wait and see if there are any further impactful changes before the start of the season.SourcesTwitter.com (https://twitter.com/NYP_Brooksie/status/625666770414751744)NHL.com (http://rangers.nhl.com/club/player.htm?id=8475715)
Older post
Newer post