NHL Betting News
The Tampa Bay Lightning skated into Madison Square Garden and took Game 7 from a New York Rangers squad that had tradition on its side and one of the very best goaltenders in the game. Now its reward is a Stanley Cup final against the Chicago Blackhawks. These two teams will put together a terrific final by all accounts, because both teams can fly and pass with flair – but then turn around and play defense when they need to, hockey betting should be a really close call.

Date/Time: Wednesday, June 3, 8:00 PM Location: Amalie Arena, Tampa, Florida Opening Line: Lightning -130 TV: CBC, NBC, TVA The first two rounds of the NHL playoffs this season made us wonder whether quality hockey had taken a step back, but both of the conference finals saw the beauty of hockey return, and both series went seven glorious games. The final promises to be just as good, as long as the Lightning don’t look down and develop stage fright. Their tilt with the Rangers, if it’s any indication of their tenacity, should demonstrate that they are not likely to get nervous. After all, they had to go through Joe Louis Arena, the Bell Centre and Madison Square Garden to get this far. One thing that can change in the playoffs is that the number of chances will decrease. The Lightning have finally fallen beneath 50 percent as far as shot-attempt percentage goes, as the Red Wings, Canadiens and Rangers all cut down on the amount of time and space available to them – as happens in the playoffs. However, the Lightning won 2-0 in both Games 5 and 7 in New York, showing that their game can also be stellar when they play defense first. 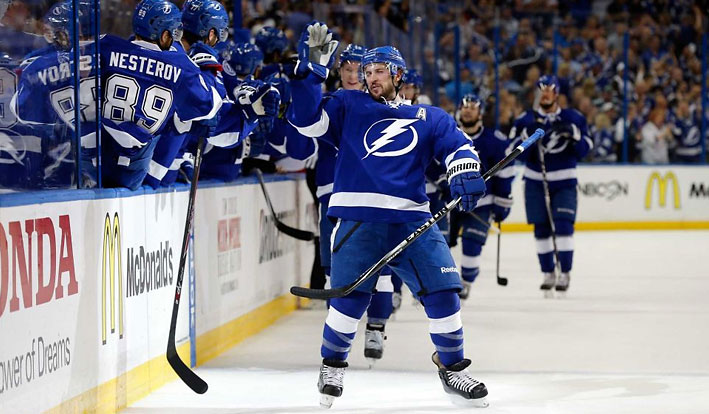 Both teams are solid with puck possession, although special teams could be a big factor. The Lightning’s power play has been lethal in the second and third rounds of the playoffs, while Chicago has not scored as much with the man advantage, with the exception of some needed goals late in the conference finals. Even so, Tampa has a little bit of an advantage with a man up, so the Blackhawks will have to manage their penalties carefully. It’s true that the Blackhawks have the experience of winning a Stanley Cup, but it’s perilous to look past the Lightning. Chicago will have to be at its best on defense because of the offensive firepower that the Lightning bring. However, the Lightning will have to be as good as they were in Games 5 and 7 in New York, with defense coming first and then taking advantage of their opportunities.

Fortunately for the Blackhawks, they have the defensive corps to keep the Lightning from overwhelming them, so long as everyone stays healthy and remembers their assignments. Look out for Brad Richards to sneak in and have his moments with the Blackhawks, taking advantage of his old Lightning team. He had two helpers in the Blackhawks’ Game 7 victory in Anaheim and has a penchant for showing up big at just the right time. For the Lightning, keep an eye out for Ryan Callahan who fulfills more of a checking role but was a standout player against the Rangers.   Sources NHL.com (http://www.nhl.com/ice/stanleycup.htm) Wikipedia.org (http://en.wikipedia.org/wiki/Joe_Louis_Arena)
Older post
Newer post