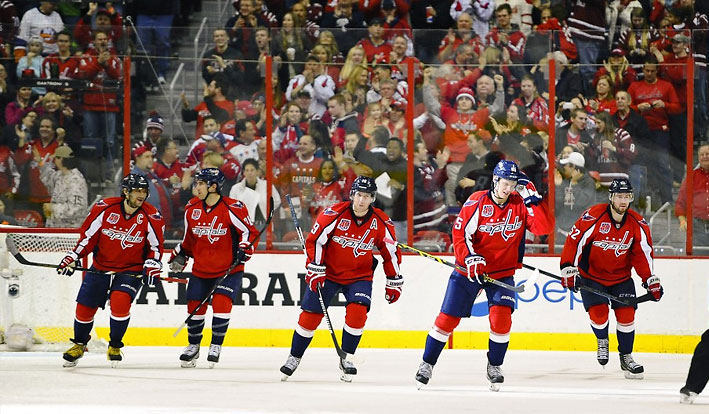 The Capitals are currently fourth in the Metropolitan Division with 76 points and hold down the first of the Eastern Conference’s two wild-card spots. But Washington is also only five points out of the entire conference lead and four behind Metropolitan Division-leading New York Islanders. The Caps had a four-game winning streak snapped in Sunday’s 3-2 loss at Philadelphia. Washington had converted six of 16 times on the power play during the winning streak and had killed off all 14 penalties. However, the Flyers had two power-play goals and the Capitals were 0-for-5 with the man advantage. They are second in the NHL in power-play percentage at 23.7. Tom Wilson and Joel Ward scored for Washington against the Flyers. Goaltender Braden Holtby had 25 saves. He might need a night off soon as Holtby has played four straight games and seven of the past eight. Ovechkin leads the NHL with 38 goals but hasn’t found the net in the past two. Nicklas Backstrom is tied for the NHL lead with 64 points, but he was held off the scoresheet vs. Philly. 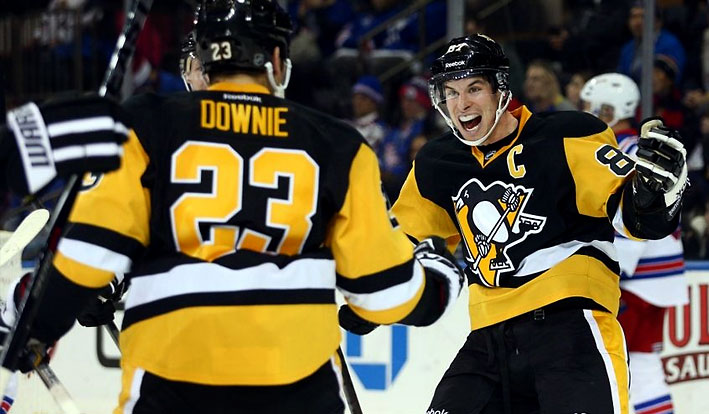 The Penguins are one point ahead of Washington in the standings with 77 points. They have followed a three-game losing streak with back-to-back wins. Pittsburgh beat visiting Florida 5-1 on Sunday in the second after an impressive win over St. Louis on Saturday. Marc-Andre Fleury made 34 saves and both Evgeni Malkin and Patric Hornqvist had two goals and an assist against the Panthers. Malkin’s 46 points against the Eastern Conference lead the NHL. Crosby had two assists vs. Florida and leads the league in points per game at 1.09. Pittsburgh has scored power-play goals in back-to-back games for the first time since scoring with the man advantage in four straight games from Jan. 10-18. The Pens are No. 7 in power-play percentage at 20.5.This is the final meeting between the Pens and Capitals during the regular season. This rivalry has been one-sided with Washington winning all three games in 2014-15, and they haven’t been close. On Dec. 27 in Pittsburgh, the Capitals won 3-0 behind 31 saves from Holtby and two goals from Eric Fehr. That ended the Penguins’ eight-game winning streak in the series. On Jan. 28 in Washington, the Capitals won 4-0 behind 27 saves from Holtby, two Ovechkin goals and two Backstrom assists. The most recent matchup was Feb. 17 in Pittsburgh, a 3-1 Capitals win. Holtby had 32 saves and Ovechkin a goal and an assist. 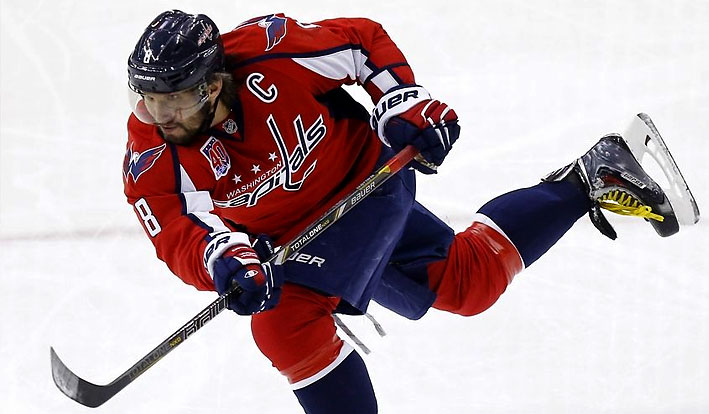 You know the Penguins don’t want to be swept by a division rival. They are good underdog value on betting odds. Crosby hasn’t found the net vs. Washington yet this season but I say he does here. The Pens are 5-2 in their past seven on the road. Also go under the total as the under has hit in the past five meetings.
Older post
Newer post