NHL Betting News
Now that the Stanley Cup Finals are almost over, it’s time to start looking at some of the trends that are going to be affecting the league as we move into the offseason. Here is some of the latest and greatest gossip from the National Hockey League and from the main NHL betting sites. Let’s start with the Vancouver Canucks, who are in salary cap hell – and they aren’t the only team. The “loonie” – or the Canadian dollar – has taken a major hit this year. This means that NHL revenues are lower than anticipated, which has an influence on the salary cap, which the league will set later in June. For 2014-2015, the salary cap was US$69 million, but it might not climb at all in 2015-2016, which would send the Canucks into big trouble. The Chicago Blackhawks might have to dismantle their Stanley Cup Final team, as Patrick Kane and Jonathan Toews are due to earn $10.5 million each. 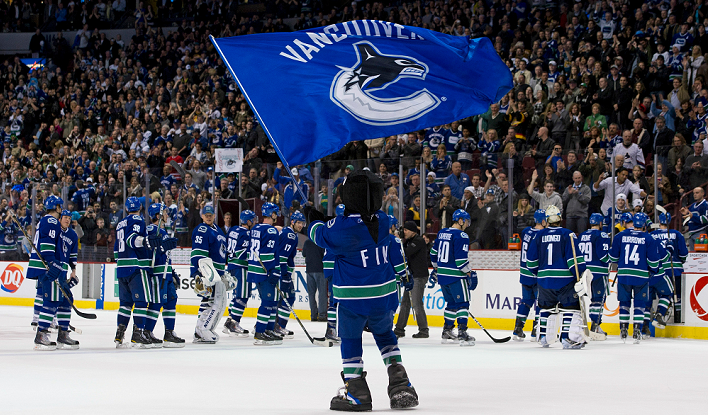 The Canucks are right around $66 million in salaries for the 2015-2016 season, but that’s only reflecting the 17 players that they have signed right now. That also doesn’t count the $800,000 that they contributed in the Roberto Luongo deal, a charge that will hit them each year for the next seven seasons.     Even if the cap ticks upward to $70 million, that means the team only has about $3 million to sign three forwards and three defensemen to get to the right roster size. The NHL’s minimum salary will be $575,000 in 2015-2016, so that math is going to get sticky in a hurry. Of course, the Canucks could make a trade to move up in draft position and make their lives easier, but now doesn’t look that great for Vancouver. One issue that the league is having is the “growth factor,” as the CBA calls it, or the “escalator” as it goes in parlance. Usually this is at 5 percent, but the players are still mad about the payments into escrow that took away 15 percent of their earnings last season. Putting the escalator under 5 percent cuts down on the escrow impact for 2015-2016. Dropping the cap figure would hinder the ability that teams have to spend while also cutting down on contracts, making it a complex decision. The NHLPA association board discussed this matter last week, and player reps on each team are talking in the rooms to see how all of the players feel. 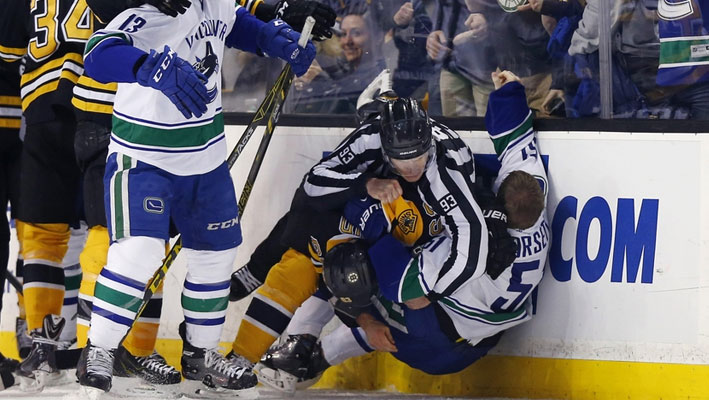 The Canucks, though, probably will have to dump a lot of salary to open up some cap space. The generous contracts for defenseman Luca Sbisa and winger Derek Dorsett are part of the problem, and they are keeping the Canucks from being free agency players. They have two unrestricted free agents: forwards Brad Richardson and Shawn Matthias. Matthias had a terrific season and his looking for a primo contract, so don’t expect him in the Pacific Northwest again. Richardson had a lot of injuries, and so the Canucks may not have him back either. The most likely trade will be veteran defenseman Kevin Bieksa, who is about to turn 34 and has one more season left on his deal, with a salary cap hit of $4.6 million. He does have a no-trade clause, but if the Canucks could find a contender with some young players on it, he could be a natural fit with his outstanding leadership qualities. They could also ship Dan Hamhuis away, a defenseman who was part of Canada’s gold medal team in the 2014 Olympics and still has high regard around the league. Alex Burrows ($4.5 million against the cap) and Radim Vrbata ($5 million) are two other possibilities. Sources: ESPN.com: http://espn.go.com/nhl/player/_/id/3735/patrick-kane NHL.com: http://www.nhl.com/ice/player.htm?id=8473574
Older post
Newer post