NHL Betting News
Taking place the day after the 2015 NBA Draft, the NHL’s rounds of selections are also done. It’s time NHL betting fans look at the teams that should feel good coming out of the draft – and the teams that have a lot of work left to do during the free agent period. The Anaheim Ducks feel like they are close to Stanley Cup contention. On the draft’s second day, they sent defenseman James Wisniewski to Carolina for goalie Anton Khudobin and grabbed free agent Carl Hagelin. They swapped the 41st pick and Emerson Etem for the 59th and 179th picks. Etem was popular as a California native and had speed and size, but when the Ducks took the Western Conference finals to seven games, Etem was not consistently on the floor. Khudobin looks like he has the skills in goal to play with a contender. This allows Ducks goalie prospect John Gibson to get another full season in the American Hockey League.

The Ottawa Senators had a problem that a lot of teams would love to have – they had three top-notch goalies. They took care of this by shipping Robin Lehner to Buffalo for the draft’s 21st overall selection. They used that pick to nab center Colin White, which let them dump the $3.5 million contract owed to David Legwand. The Senators shouldn’t regret this deal unless Andrew Hammond, who is now the goalie of the future in Ottawa, turns out to be a bust. Speaking of the Buffalo Sabres, everyone knew they would take Jack Eichel with the #2 pick – and it looks like it will pay off. However, general manager Tim Murray made some other moves to let the fans know that Buffalo is not looking for another year way down the table. Robin Lehner should be a solid presence in goal, but the best addition is two-way center Ryan O’Reilly, coming in from Colorado. That trade cost the Sabres prospects J.T. Compher, Mikhail Griogorenko (the #12 pick overall from 2012) and Nikita Zadorov. Sabres head coach Dan Bylsma already has plans to mentor the younger centers along with the (only) 24-year-old O’Reilly. 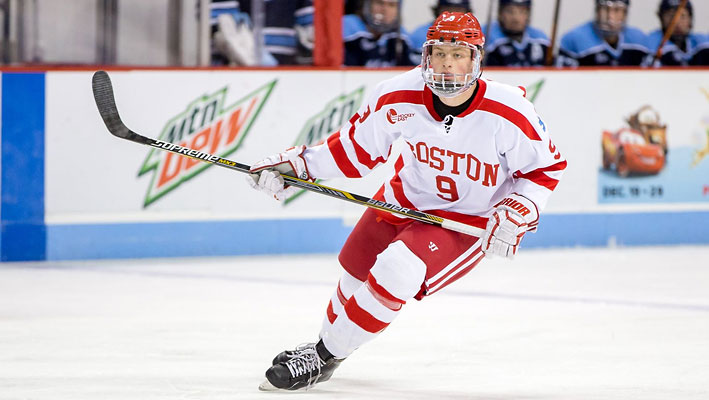 Calgary already had three young players to brag about (defenseman T.J. Brodie, Sean Monahan and rookie of the year finalist Johnny Gaudreau), but they also grabbed defenseman Dougie Hamilton, who was a restricted free agent in Boston, via a trade that took three picks from the Flames. This is probably the major acquisition of the draft weekend, with the exceptions of Eichel and McDavid. Four times since 2010, the Edmonton Oilers have had the #1 overall pick, and Connor McDavid should help the team get away from that trend in the future. However, adding Cam Talbot was a major find as well. Talbot subbed in for Henrik Lundqvist in goal for the New York Rangers while Lundqvist dealt with a neck problem. Talbot has the skills to stabilize a position that has been a revolving door the Oilers. 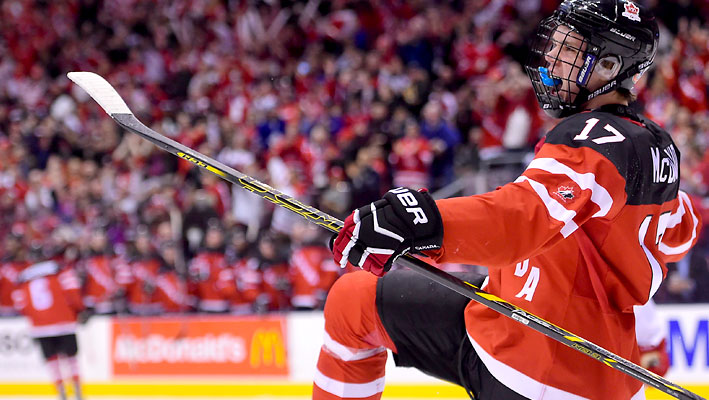 So who’s left with more work to do? We heard a lot about how the Toronto Maple Leafs were going to reinvent themselves. The team is shopping Phil Kessel, but they’re still waiting for interest to build. The thought had been that the draft would be a time when Kessel could be shipped away for a number of picks and/or prospects. The Carolina Hurricanes still have some work to do too. They haven’t been to the postseason since 2009, but adding top-rated defensman Noah Hanifin will help. The Hurricanes received James Wisniewski when they traded away Khudobin, and now the blue line in Carolina will be strong. Goalie Cam Ward is a veteran entering his last contract year, and the team will need him to play out of his mind this year to get back in the postseason. Sources Yahoo.com (http://sports.yahoo.com/blogs/nhl-puck-daddy/jack-eichel-leaves-bu–signs-entry-level-deal-with-sabres-191958652.html) Wikipedia.org (https://en.wikipedia.org/wiki/Connor_McDavid)
Older post
Newer post