Soccer Betting News
The 2015 Gold Cup Final is not one that anyone was expecting, but it could also very well have been a total shock if it were not for a stunning turn of events in one of the semi-finals and in the soccer odds. Jamaica surprised the US in the first semi, and the vast majority of the soccer world believe that Panama should have pulled off a similar shock against Mexico. Mexico have been less than impressive on their road to the final, and have had to rely on a couple of questionable calls in order to get there. They received a dubious penalty decision in the final minute of extra time in the quarter finals against Costa Rica, but that paled in comparison to what happened against Panama. Mexico found themselves a goal down against 10 men with only a minute to play, when they received a penalty decision that came close to sparking a riot on the field and off. The penalty was converted after a long break in play, and then they got another one in extra time to secure the win. The reality is that Mexico looked pretty awful in that semi-final game, and are incredibly lucky to even be heading to Philadelphia for the final. They have been totally lackluster in front of goal, and looked as though they could have played for hours without finding the net from open play. 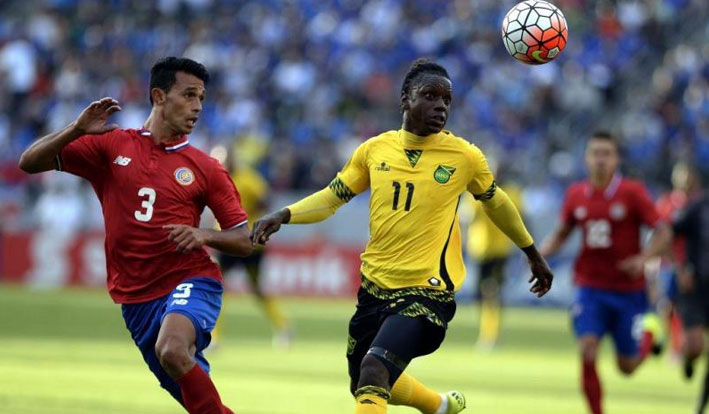 On the other side of the field is a Jamaican team that had been arguably the best team in the tournament. As good as they have been, very few people saw them beating the US in the semi-final, but that is exactly what they did. This is a very opportunistic team that does a good job of converting the chances that they create. Confidence is sky high in this squad, and they have been saying for a while now that they are here to win it all. They certainly had the perfect warm up to this tournament by taking part in the Copa America. While they went winless there, they more than held their own against some of the best teams in the world.

Mexico will likely be coming in as favorites, but I’m not sure it’s something that they deserve. Jamaica are riding on a real high right now, and I think they will be able to ride that wave of confidence to a 1-0 win. Sources:Soccerway.com: http://www.soccerway.com/teams/costa-rica/costa-rica/477/CA2015.com: http://www.ca2015.com/en/schedule#fndtn-fullcalendar
Older post
Newer post