Soccer Betting News
So what’s the latest on the FIFA scandal that sent 14 major officials into legal jeopardy and sent FIFA President Sepp Blatter into resignation just after he had won another term in office? Let’s take a look. As every soccer betting fan is probably aware of, Jeffrey Webb, the CONCACAF president and a FIFA vice president, pleaded not guilty to charges for soliciting bribes to give out lucrative deals for media and marketing. He was released on $10 million bond secured by real estate, cars, bank accounts and expensive jewelry. He is currently banned from all soccer activities by the ethics committee for FIFA. Aaron Davidson, president of Traffic Sports USA and the North American Soccer League’s chairman of the board, pleaded not guilty to accepting bribes. His bond was $5 million and was secured by multiple real estate properties. Prosecutors have mentioned the possibility of a plea deal, but nothing public has emerged yet. FIFA has banned him from soccer for the time being, and the NASL has suspended him from having any role in league operations. Alejandro Burzaco, president of Torneos (a sports media company), pleaded not guilty to making bribes to key soccer officials in exchange for valuable media and marketing contracts. He had surrendered to the Italian authorities and was extradited to the United States. His bail was set at $20 million. Six men (Eugenio Figueredo, Jose Maria Marin, Rafael Esquivel, Costas Takkas, Julio Rocha and Eduardo Li) all remain in custody. Respectively, they are the former president of CONMEBOL, the former president of the Brazilian soccer federation, the president of the Venezuelan soccer federation, the former president of the Cayman Islands soccer federation, and the president of the Costa Rican soccer federation. These men are still in Switzerland, and FIFA’s ethics committee has provisionally banned all of them from soccer activities. Jack Warner, former CONCACAF president and FIFA vice president, had resigned from FIFA in 2011 because of an earlier scandal. He turned himself in in Trindad and Tobago, and a judge released him on bail of $400,000. The United States requested extradition on July 22, but that request is still processing. Nicolas Leoz, former CONMEBOL president and member of the FIFA executive committee, is on house arrest. Leoz is 86 and has been receiving medical care for high blood pressure. FIFA has also banned Leoz provisionally from any soccer activities. 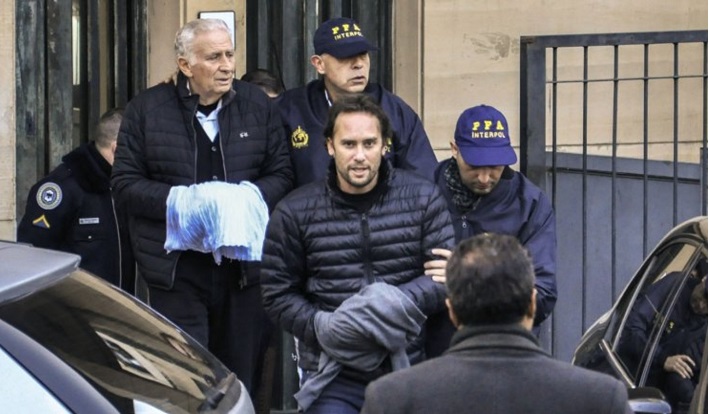 Hugo and Mariano Jinkis (father and son) are the president and vice present of the sports media firm Full Play International. An Argentine judge issued warrants for both of them for bribery, and tax evasion is also a possible charge for them. They turned themselves in to the police after Interpol issued a red alert for their arrest. They remain under house arrest. Finally, Jose Margulies remains the target of an arrest warrant in the United States. Interpol lists him as “wanted,” but Brazilian law currently protects him from arrest. His charges include acting as an intermediary for ferrying illegal payments. As the wheels of justice continue to grind, it will be interesting to see what the American and Swiss authorities will be able to make stick against this group of accused bribery and swindle artists. Sources: Wikipedia.org (https://en.wikipedia.org/wiki/Eugenio_Figueredo) DailyMail.co.uk (http://www.dailymail.co.uk/sport/football/article-3129844/Argentine-businessmen-Hugo-Mariano-Jinkis-hand-Argentine-authorities-FIFA-bribery-investigation.html)
Older post
Newer post