Soccer Betting News
Nothing lights up a night in the middle of the week like football, especially when it is the elite of Europe locking horns in the Champions League. And that’s exactly what this week’s soccer betting lines present to us, as the rivalry between the English and the Germans gets renewed when Arsenal the 2012 Champions League champions Bayern Munich in a Group F on Tuesday Night.

This game will be very crucial for both teams as well as online sportsbook soccer fans, as a defeat by Arsenal will mean they have lost all three of their first group stage games, thus dashing away their hopes of qualifying for the second round. On the flipside, a win for the Bavarians will have all but secured a berth for them in the Round of 16, considering that they have already won their first two games in the competition. Here is a brief online betting guide on what this game has to offer for soccer lovers like you and me: 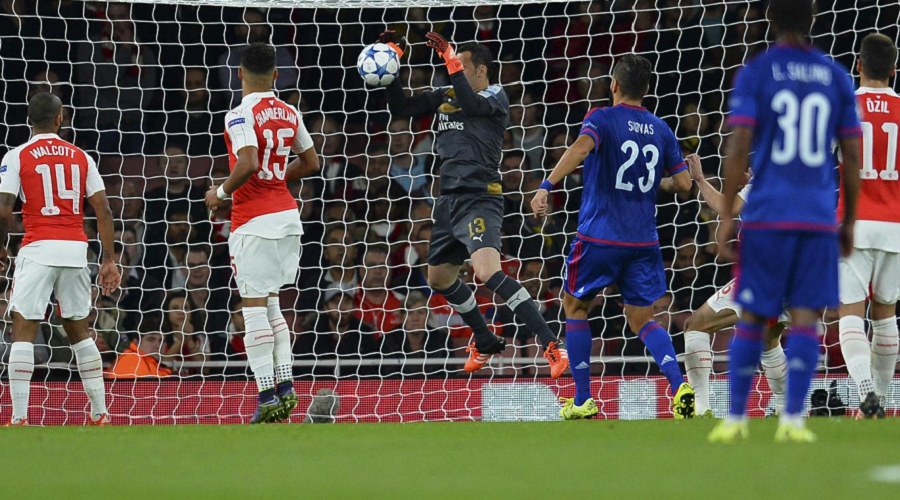 The defeat in Croatia against Dinamo Zagreb and the home loss to Olympiakos means that the Gunners are firmly rooted at the bottom of the group with no point. To have a chance of collecting their first points in this year’s Champions League, they will need a giant leap against the on-form Bavarians, who until now have maintained a 100 percent record in all competitions. Notably, a win will pull them off the bottom, if either of Dinamo Zagreb or Olympiakos loses in their meeting, which is also slated for Tuesday. In turn, that would give Arsene Wenger’s side hopes of still progressing to the Final 16. 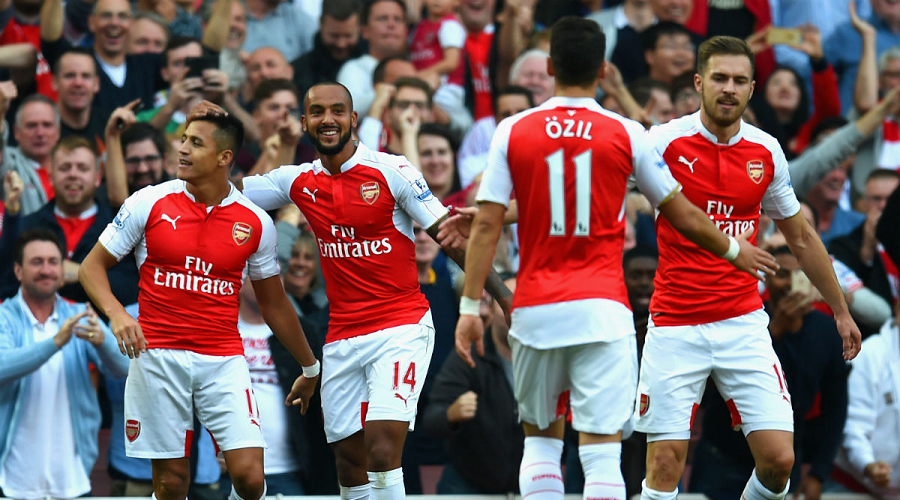 Fortunately for Arsenal supporters, the Gunners have shown a lot of character in their last three games, including the 3-0 thrashing of their bitter rivals Manchester united prior to the International break, which was followed by another 3-0 win against Watford on the road over the weekend. Maintaining the focus from such games will be important if they are to have a chance of stopping Bayern Munich. This will especially be important in the offensive side, as they will be facing a Bayern defense that has not conceded any goal in the Champion’s League this year and has given up just four goals in 9 weeks of Bundesliga Football. 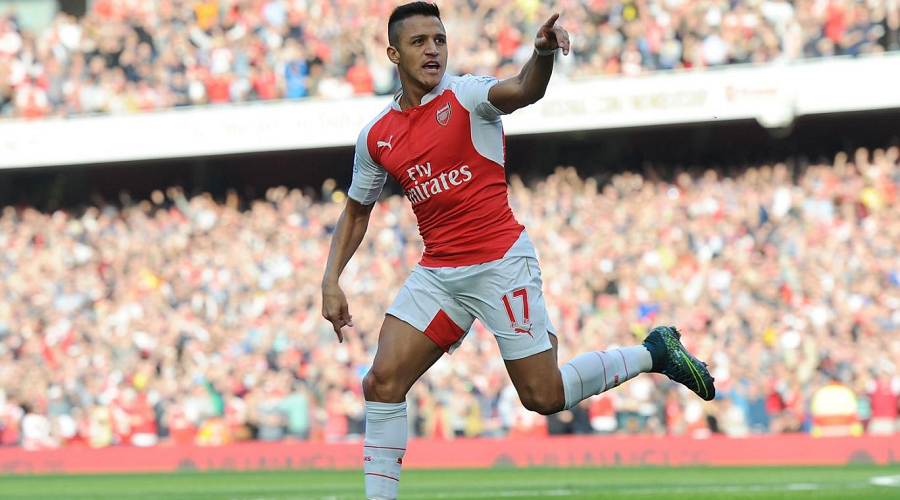 For an Arsenal offense that has scored just three times in Europe this year, the likes of Alexis Sanchez must step up. Sanchez has 32 goals in 64 appearances for Arsenal and is currently enjoying a great run that has seen him score 10 combined goals in the last six games for club and country. The Chilean, along with Ozil, Cazorla and Ramsey, are capable of moving ball upfront in a fashion that can be very dangerous for the opposition. On the flanks, Oxlade Chamberlain and Walcott have also stepped up their game big time, with Olivier Giraud also showing the ability to add some fire in the offense. 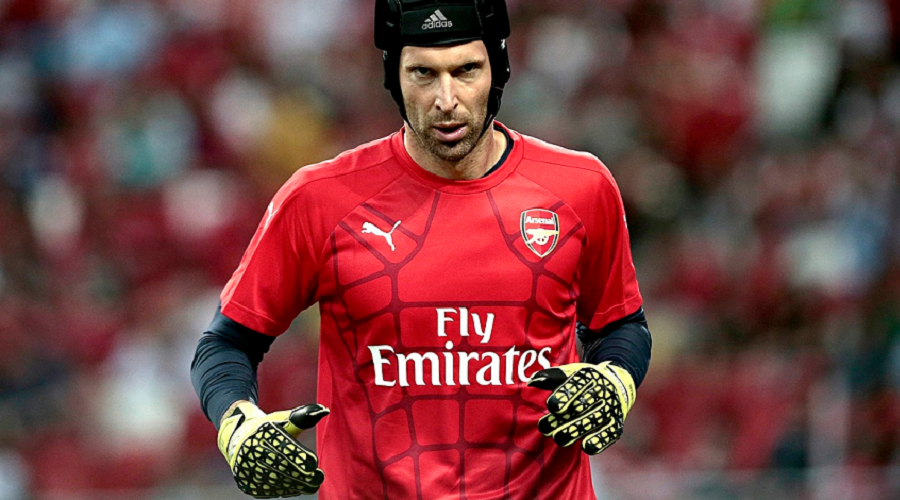 Needless to say, goalkeeper Pert Cech and his defense that includes the likes of Laurent Koscielny, Gabriel Paulista, Hector Bellerin and Nacho Monreal must also maintain solidness at the back, or else they could easily be punished by the lethal Bayern attacking duo of Lewandowski and Muller, who can’t seem to stop scoring goals. 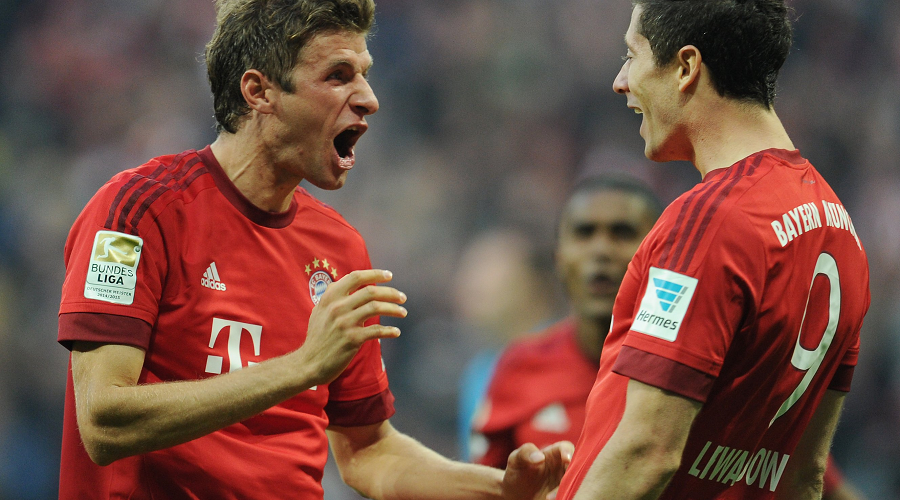 The Bavarians quality and form has been the hottest subject of discussion in pretty much all soccer quarters. Their free scoring offense, led by Robert Lewandowski and Thomas Muller, is the hottest commodity in the world of football right now. Lewandowski has bagged in 15 goals in his last seven appearances for Bayern, while Muller has been equally dominant, getting on the scoresheet at will for both club and country. And the scariest part about Bayern’s offense is that it is backed by a stellar midfield, including capable goal-scorers like Arturo Vidal, Douglas Costa and Mario Goetze, while Philip Lahm and Xabi Alonso coordinate things on a defensive capacity. 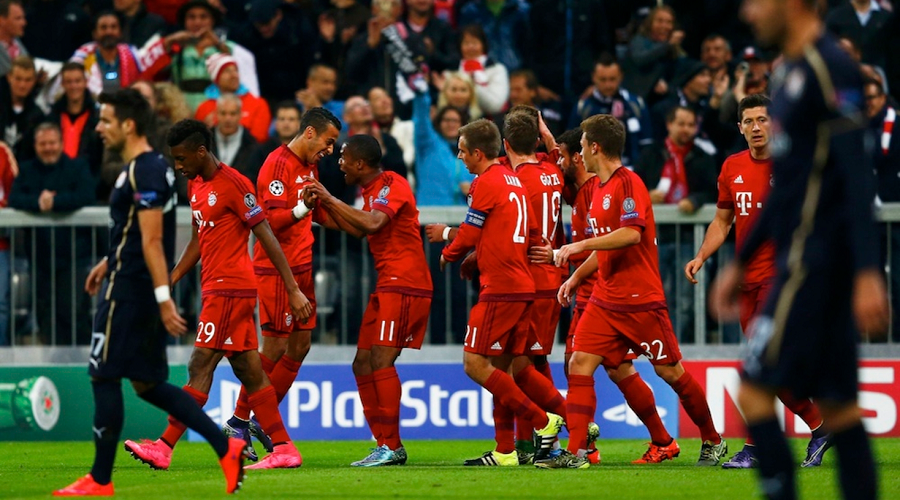 The Bavarians have won their past 12 games in all competitions and eased past Group G clubs Olympiakos and Dinamo Zagreb, who both managed to beat Arsenal. The 8 goals they scored in those two games not only gave them the lead in Group G, but it also brought their Champions League average to four goals per game. Against an Arsenal defense that has conceded a total of five goals in the competition, including three at home, it is safe to say that Arsenal will have their hands and legs pretty much full this Tuesday. 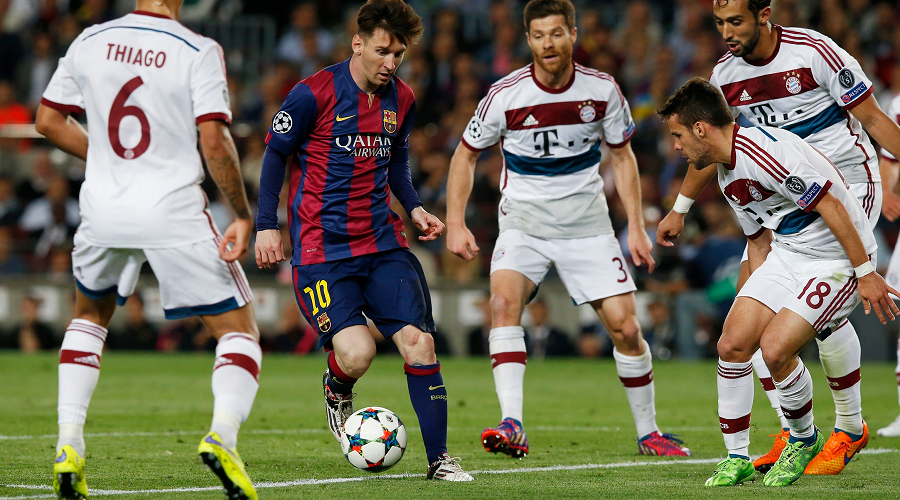 As a note, though, the Bavarians have not performed that well in their previous games against Europe’s big opponents. Last season, for example, they met Barcelona and Real Madrid endured huge defeats. With this in mind, and considering the Gunners have belonged to Europe’s Elite clubs for nearly two decades, it wouldn’t be far-fetched to say that Arsenal have a chance of upsetting Bayern, unlikely as it seems.
Injury Concerns
• Arsenal will be without Jack Wilshere, Danny Welbeck and Tomas Rosicky
• Franck Ribery and Arjen Robben are the key Bavarians expected to miss this game
Past Three Meetings…
• Bayern Munich 1 (Schweinsteiger) Arsenal 1 (Podolski), UEFA CL, March 2014
• Arsenal 0 Bayern Munich 2 (Kroos, Muller), UEFA CL, February 2014
• Bayern Munich 0 Arsenal 2 (Giroud, Koscielny) UEFA CL, March 2013
Recent Form Guide in All Competitions:
• ARSENAL: LWWLWW
• BAYERN MUNICH: WWWWWW
Key Betting trends
• Arsenal have lost 4 of their last eight home games in the champions league
• Arsenal have finished second in the last five seasons in the champions league
• Arsenal FC 3-2 loss in their last outing against Olympiakos went OVER
• The Bavarians have reached at least the semi-finals in each of the last four seasons and five of the last six
• Bayern Munchen 5-0 win in their last outing against Dinamo Zagreb went OVER
• Arsenal have only failed to score 3 times in their last 30 Champions League games
• Bayern’s Overall Record against English Clubs is W8, D5, L7, including last season’s 3-2 loss to Man City in England
Arsenal vs. Bayern Munich Soccer Betting Predictions 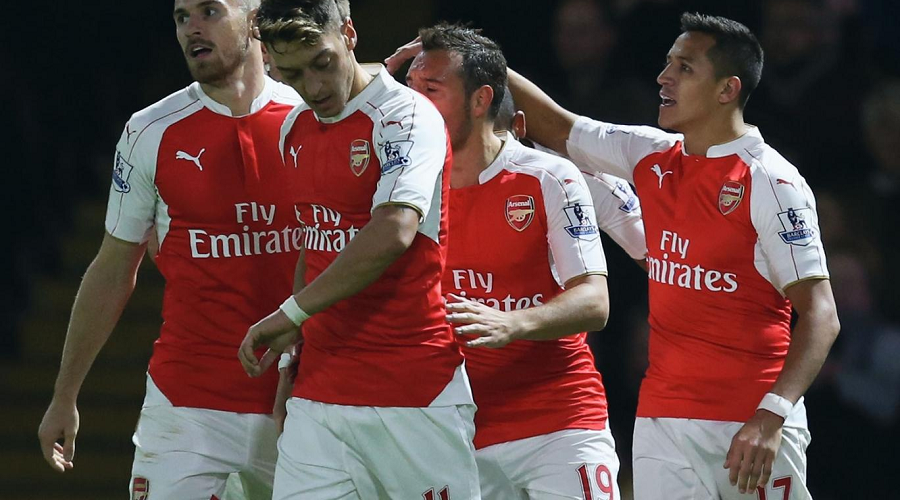 Arsenal has this one chance to save their season in the Champions League. After a rocky start to the season, they have improved and shown character. So although the Bavarians are coming into this clash as favorites, Arsenal are capable of surprising them. Plus, the Bavarians defense was exploited by Man City last season, just in the same way Barcelona also did the same, something Sanchez and Co. are capable of replicating. It would therefore not be a surprise if Bayern won this game, but as far as our predictions go, we believe that Arsenal will just about escape with a narrow win. Don’t, however, expect the Gunners to keep a clean sheet, since both sides are likely to get on the scoreboard. And as far as the game total goes, an OVER affair looks set, with both teams combining for 3-or-more goals.
Older post
Newer post