Soccer Betting News
For the second match running in the 2015-16 English Premier League season, Manchester United Coach Louis Van Gaal will be sticking with Sergio Romero in goal against Aston Villa in Friday’s league matchup, as the David De Gea transfer saga continues. Both Man United and Villa respectively kickstarted their EPL seasons with 1-0 victories. Van Gaal’s side luckily got the three points against Tottenham via a Kyle Walker own goal, while Aston Villa claimed its season première win against Bournemouth, thanks to a headed goal from substitute Rudy Gestede. Both teams looked insipid in the offense last week and will need to perform better if we are to find a clear-cut winner in Friday’s soccer betting odds.Venue: Villa Park,Date: Friday, August 14, 2015Time: 2:45 PM ETTV: Sky Sports 1Game Odds: Aston Villa 5/1; Man Utd 4/6; Draw 3/1

Remarkably, this game is scheduled for Friday due to an English Defence League march in the West Midlands on Saturday, making it the only EPL matchup that will be played on Friday, with the rest of the games set for Saturday, Sunday and Monday, as usual. 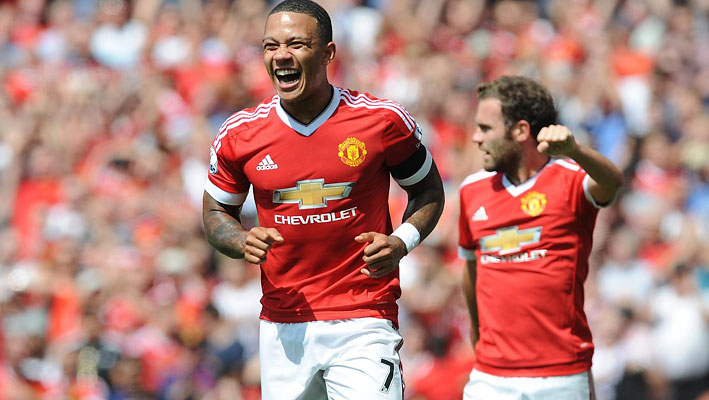 Both teams are expected to maintain pretty much the same lineups from last week, with the trio of Memphis Depay, Ashley Young and Wayne Rooney leading United’s attack, and the duo of Sinclair and Agbonlahor leading Villa. After his impressive cameo in the win against Bournemouth, Gestede will probably find his way into his starting lineup, as Tim Sherwood’s side seeks to find a replacement for their former goal talisman Christian Benteke, who joined Liverpool in the offseason. 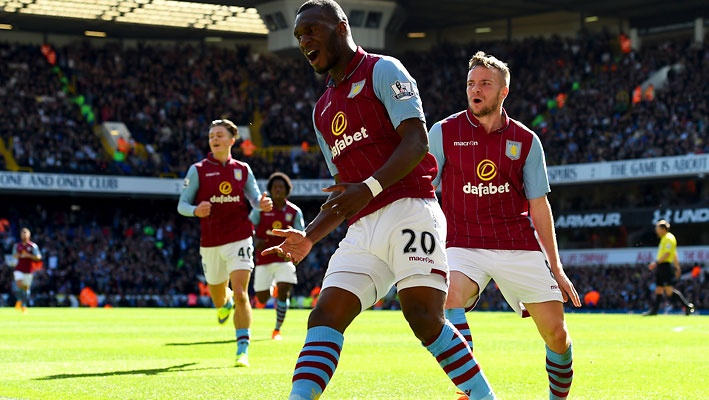 Entering Friday’s contest, Man United is riding hot on a 19-game unbeaten streak in games played at Villa Park, including 12 wins, a record they’ve held since they lost there on August 19th, 1995. Even more impressively, United has won 8 of its last 9 overall meetings against Aston Villa, only dropping a point in the 1-1 draw at Villa Park in December 2014. With such a dominant record, and a squad that is oozing with talent  on both sides of the field (including new additions Matteo Darmian and Morgan Schneiderlin), it is no wander Van Gaal’s side is favored to get a win in this contest. 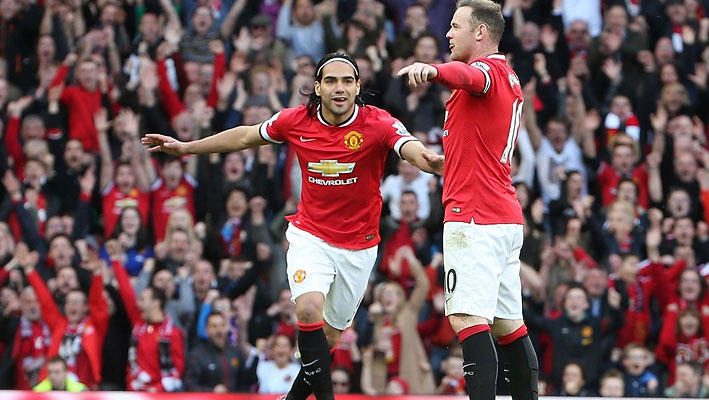 For Villa, it is going to be a hellish task trying to overcome their ominous record against United. The fact that Villa’s offense is undergoing a transition and the defense (returning most of its starters from last season) has been shaky further complicates their task. Nevertheless, Sherwood is a coach known to grind out results, so if he can motivate his defenders to put a solid front, then his team could have a winning chance. This would particularly be possible if the offense can also capitalize on using long balls, set-pieces and the flanks to fly in crosses to box, targeting tall players like Gestede and Agbonlahor. No doubt, it will be tough, but with relentless pressure, the kind they put against Bournemouth, then a draw or even a surprise could be possible, considering the United team is also in transition.

•    Villa has failed to beat United in its last 11 Premier League meetings•    It’s nearly 16 years since Aston Villa last beat Man United side at Villa Park (Villa has Drawn 7 and Lost 12 in that time).•    Villa has won just one of its last 39 Premier League games against United (L28 D10 W1).•    United has won more games against Aston Villa (32) than any side has done against a single opponent in EPL history.

Aston Villa has had its fair share of shock wins against big teams, so surprising United at home would not be that much of a stretch. Still, this game has the writings of a United win all over it, starting from the talent-based assessment to the historical aspect of things. For such reasons, we are going with the smart and popular prediction of a Man United victory, with Wayne Rooney (who has scored more EPL goals against Villa than any other side at 13) bagging at least one goal in the game.