Soccer Betting News
It’s the Round of 16 in the UEFA Champions League on Tuesday and it should be a tremendous matchup at Manchester City as the host side from the English Premier League faces off against Spanish La Liga powerhouse Barcelona, which is favored on betting lines.Time: Tuesday, 2:45 p.m. ETVenue: Etihad Stadium, ManchesterNational TV: noneOpening line: Barcelona +110, Manchester City +235, draw +260 (2.5 goals) 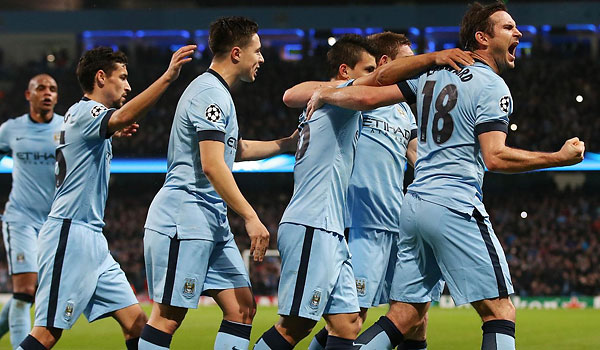 Manchester City’s last Champions League match was in December, a 2-0 win over AS Roma in Italy to secure a spot in the knockout round. Samir Nasri and Pablo Zabaleta scored in the second half. City won that match despite being without three of its best players in captain Vincent Kompany, Sergio Aguero and suspended Yaya Toure. Man City comes off a 5-0 win over Newcastle last Tuesday in Premier League action. Aguero gave City the lead just two minutes in on a penalty shot, his 22nd goal of the season. Also scoring were Nasri, Edin Dzeko and David Silva, who scored twice. Dzeko’s goal was his first in any competition since September. Manchester City is second in the EPL, five points behind Chelsea. City has tallied nine goals in its past two EPL matches but in its five previous games the side had failed to win in five attempts in all competitions.City will again be without Toure, a former Barcelona player, in this game as he’s suspended. He was sent off against CSKA Moscow in the group stages. Meanwhile, James Milner missed the victory over Newcastle with a knee injury but might play here. New City addition Wilfried Bony, a striker, could make his first start for the host side. 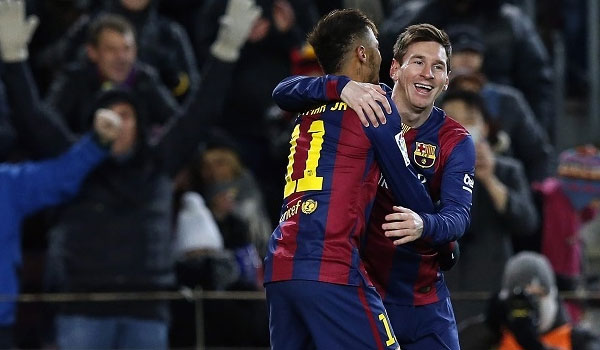 It should be an interesting response from the crowd for Barcelona star striker Luis Suarez as he plays his first match in England since leaving Liverpool to join Barcelona in the summer. Barca comes off a shocking 1-0 home loss to Malaga in La Liga action on Saturday. Juanmi scored the only goal of the game after just seven minutes. Malaga entered that match 21 points behind Barcelona in the La Liga table and the Catalans had won their past 11 matches in all competitions, scoring 42 goals in the process. Barca made a handful of lineup changes off a team that crushed Levante 5-0 last weekend, recalling Dani Alves, Suarez, Gerard Pique and Jordi Alba to the starting lineup and resting Ivan Rakitic and Javier Mascherano. Barca stars Lionel Messi and Neymar didn’t even have a shot on goal against Malaga.It’s only City’s second appearance in the Round of 16. The Citizens failed to advance from their Champions League groups in 2011-12 and 2012-13 but have advanced to the knockout stage two straight seasons now. It’s the 11th straight time reaching the Round of 16 for Barcelona. Barca is 8-2 in this round previously and has reached the quarterfinals in each of the past four seasons. Barca has four Champions League titles, last in the 2010-11 season. 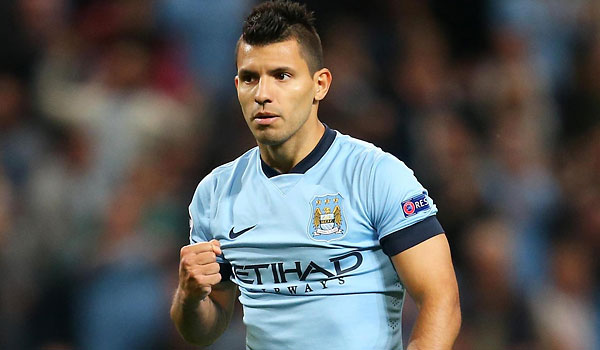 These sides met in the Round of 16 last year. The Catalans won the first leg in Manchester 2-0, with Messi (penalty) and Alves scoring. They also both scored in the 2-1 home second-leg victory. City had a man sent off in both games: first Martín Demichelis, then Pablo Zabaleta.The second-leg match between these two is March 18. Barca is +800 at sportsbooks to win the Champions League and City +1600.

Barca is more talented but with this game at City, take a draw.
Older post
Newer post