Soccer Betting News
There are many soccer betting fans who thought that Sepp Blatter would die in office, still the president of FIFA. After all, he had won election to a fifth term just after a huge portion of the leadership team had been arrested in Switzerland and bundled off to the US for prosecution. However, once it became clear that his deputy had arranged an eight-figure payment to the South African government that was a way to launder an actual bribe, Blatter had to go.Or did he? Blatter has weathered storms before, and his confident declarations of his enduring power at the top of FIFA after his election seemed to make it sound like he wasn’t going anywhere. However, if you look at the signs, it was clear that his support was waning. In the presidential election on May 29, he only got votes from 133 of the 209 national confederations, his worst showing since his 1998 elections. Even though the runner-up conceded, if he had not, there would have been an uncomfortable second round of voting. According to one of his advisers, Blatter expected a much more favorable vote.Several factors now come into play as matters move forward. FIFA’s electorate is clearly angry about the corruption at the top and the heavyhanded way Blatter held his grip on power, and it won’t be sufficient for a deputy to slide into the chair and take up business in the same way. The size of the case that the US government had formed against the FIFA leadership, and the anxiety of sponsors such as Coca-Cola, which had written Blatter a letter urging reform for the organization.These were the most important factors in Blatter’s ultimate decision to resign, and these are factors that remain important for FIFA going forward. In his own statement of resignation, he acknowledged that FIFA required a “profound overhaul” and the people outside the national confederations didn’t support Blatter in the same way that the voters did – and that it was this anger that had led to the frustration of Coca-Cola and the uprising against Blatter that had rattled UEFA and the U.S. 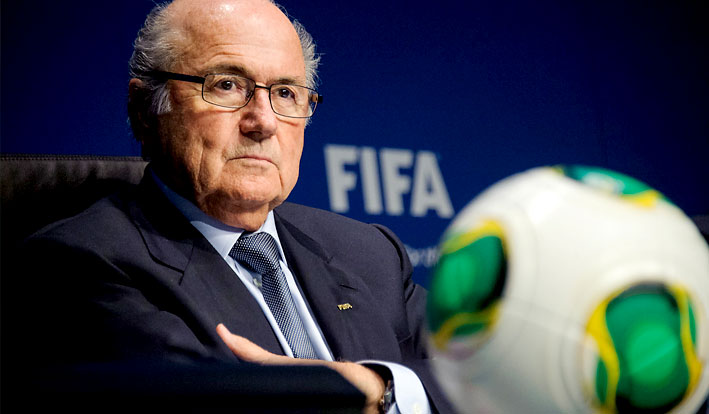 When Blatter was in power, he could suspend national teams when their governments got too nosy about how FIFA did its business. He could ban officials if they didn’t do well enough, and he could get rid of sponsors. However, when so many of his organization’s leaders were arrested in Zurich, that showed other opponents that it was possible to take on Blatter without reprisal. After all, at this point it would have been the height of lunacy to suspend U.S. soccer for investigating FIFA, with the U-20 World Cup already underway in New Zealand and the Women’s World Cup going on. Blatter and FIFA had already riled up the women’s game with its stall tactics in response to the lawsuit by a group of leading women’s players asking that the Women’s World Cup matches all be played on grass instead of artificial turf, as will be the case. The fact that the Swiss government opened its own probe meant that it wasn’t just one country taking on the giant.While Sepp Blatter has resigned, he won’t actually step down for six months. Now he has some freedom from the leering press to give himself a future free of prison (or even prosecution) and perhaps establish a foundation for choosing his own successor. Some are insisting that he leave even sooner, with FIFA to name an interim president. No matter what happens, change is coming to the world’s most watched sport. The thoroughness of these changes will influence the long-term health of the sport.SourcesFIFA.com (http://www.fifa.com)Wikipedia.org (http://en.wikipedia.org/wiki/Sepp_Blatter)
Older post
Newer post