Soccer Betting News
Despite being the first team to seal their spot in the UEFA Champions League finals following a 5-3 aggregate win over Bayern Munich, the Catalans are well-aware of what lies ahead in their pursuit for a fifth Continental trophy—a strong Juventus team that isn’t a respecter of reputations. Real Madrid fans can bear witness to that!With Barcelona putting its high-octane attack to the test against the firm defense of Juventus, can the Old Lady stop the Catalans from their fifth Continental triumph, or will Barcelona stamp its class in the Finals, as it did against the Bavarians in the semifinals? Let’s find out as we delve into the Champions League soccer betting preview below, centrally focusing on Barcelona’s winning chances.Venue: Olympiastadion, BerlinDate: Saturday, June 6, 2015Time: 2:45 PM ETTV: Fox Sport

Reasons Barcelona Can Beat Juventus in the Final

After a dominating 5-3 aggregate performance against the Bavarians in the semifinals, the Catalans are set for a treble this season, having secured the La Liga title over the weekend. The Catalan offense has been phenomenal in Europe this season, and if a win is to come in the final, the offense will need to continue firing hot. In this regard, Lionel Messi, the four-time Ballon d’Or winner who leads the Champions League scoring charts with 10 goals and 5 assist, will be charged with the responsibility of leading the attack.In the domestic league, the Barca “scoring machine” has been magnificent, netting a sum of 40 goals, underlining his matchless prowess in front of goal. Making matters scarier for Juve is that Barcelona’s attack is far from a one-man show, with Neymar (9 goals in UEFA) and Luis Suarez (24 goals and 23 assists for Barcelona since completing his World Cup ban), all capable of combining perilously with Messi in the offense. With Barcelona boasting of this deadly attacking trio and a well-gelled team that has dominated 60 percent of possession in its Champions League this season, Juventus is very likely to find itself pinned against the ropes in the finals. 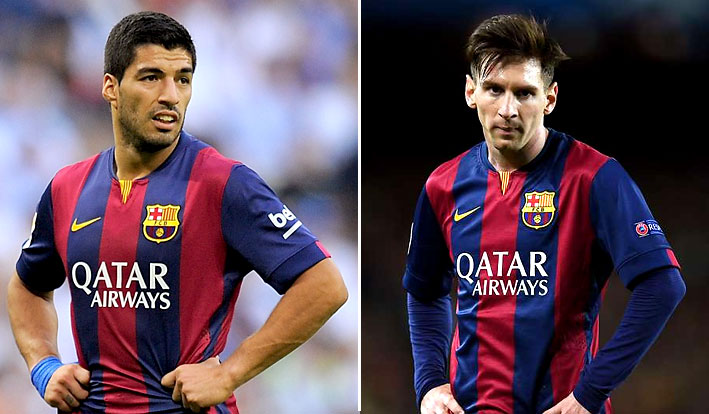 And as far as being battle-tested, the Catalans have seen it all on their way to the finals, knocking down European heavyweights like Manchester City, Paris Saint-Germain and Bayern Munich. Therefore, whatever tactics Juve will be implementing, there is a high likelihood that Barca has faced (and overcome) such in the past, hence should be able to find a winning formula.Even more crucially, the Catalans are remarkable on ball control and midfield dominance. Any slight loss of concentration and poor marking in the midfield by Juve could easily lead to a goal, with the likes of Xavi, Iniesta and Rakitic being talented enough to control things in the midfield. Of course, it is not going to be a breeze for Barca, as Juventus has its own share of solid midfielders in Pogba, Pirlo and Vidal. And on the attacking side, Carlos Tevez and Alvaro Morata can be equally troublesome. Still, the Barca defensive trio of Dani Alvez, Jordi Alba and Gerald Pique has the ability to withstand tough tests, which should give the Catalans some confidence in pouring men forward to terrorize the Old Lady’s tough-but-breakable defense.

Recording three goals over Manchester City in the round of 16 was great. Putting up five goals against PSG and Bayern Munich (in the quarters and semis) was even better. So, whereas Juventus is very likely to keep the scores down and limit Barca from clear-cut scoring opportunities, Barcelona’s powerful offense should be able to find some spaces to exploit for a close Barcelona victory. SourcesWikipedia.org (http://en.wikipedia.org/wiki/Lionel_Messi)Goal.com (http://www.goal.com/en/people/argentina/9874/carlos-tévez)
Older post
Newer post