Soccer Betting News
The world’s oldest international soccer tournament, the Copa America, is set to begin, with Chile serving as the host nation this time around. Uruguay is the defending champion, but it is Argentina and Brazil who most see as soccer betting favorites to win the 12-team tournament that runs from June 11 through July 4. Argentina get the tournament underway against Paraguay on Saturday night at the Estadio La Portada.

Date: Saturday June 13th, 2015Time: 9:30PM ETVenue: Estadio La Portada, La Serena ChileOpening Line: Argentina -335While Argentina may be coming in as a favorite, you actually have to go all the way back to 1993 to find the last time they won this, or any other, tournament. This seems like an astounding stat when you consider that this team is led by Lionel Messi, arguably the best player in the world right now. The knock on Messi, if there is one, is that he really hasn’t been able to replicate his club form at the international level. Until he lifts a trophy wearing the famed blue and white of Argentina, there are still going to be people who say that he just isn’t as good as Diego Maradona. Argentina come into this tournament in a rich vein of form, and they have been scoring goals for fun of late. Their latest win came last weekend when they trounced Bolivia 5-0 without Messi in the side. He had a little matter of the Champions League Final to take careof while that was going on. Angel di Maria and Sergio Aguero provided the firepower last weekend, and expect them to do more of the same in this tournament. 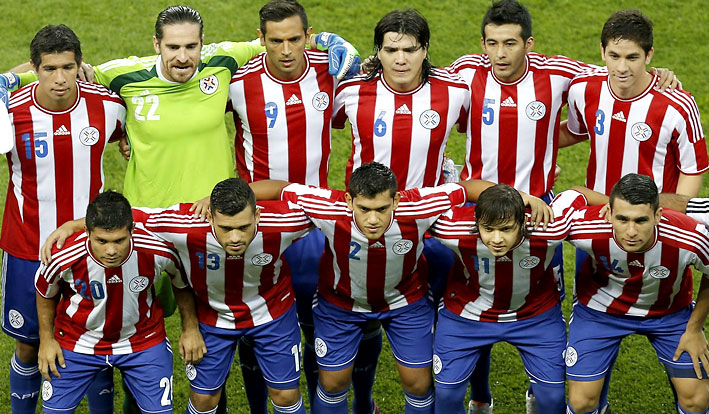 The World Cup in France in 1998 looked as though it was going to be the start of a new era for Paraguayan football. They qualified for the 3 World Cups that followed that one, and even managed to get into the quarter finals in their best appearance. It has been a team in disarray since coach Gerardo Martino left to take over the reins of the Argentinian squad in 2011. 3 coaches came and went in the years that followed before Paraguay finally settled on Ramon Diaz. It has been an inauspicious start for the new coach, though, as he has failed to get a win in the three games Paraguay have played under his tenure.

History has not been kind to Paraguay when they face Argentina, as they have only managed 15 wins in 103 attempts. I don’t see them getting number 16 here, and I like Argentina to come out with a 4-1 win.SourcesSportskeeda.com (http://www.sportskeeda.com/football/top-5-argentina-players-copa-america-2015)Wikipedia.org (https://en.wikipedia.org/wiki/1998_FIFA_World_Cup)
Older post
Newer post