Soccer Betting News
When the 2015 version of the Copa America got under way, there was a belief that a few teams were there to essentially make up the numbers. A few of those teams have defied all soccer betting odds and the critics to make it into the quarter-finals. Peru and Bolivia are two of those teams, and thy will square off on Thursday night with a shot at making an unlikely trip to the semi-finals.

Date: Thursday, June 25th, 2016Time: 5:30PMVenue: Estadio Municipal Bicentenario Germán Becker, TemucoThe last time Bolivia made any sort of impact on the Copa America was back in 1997 when they served as hosts for the tournament. They lost in the final that year, and have yet to win a Copa game since. That less than stellar record made them about the furthest thing from favorites heading into this tournament, but they have been a very pleasant surprise. Bolivia finished as runners-up in Group A, behind a Chile team that was totally dominant. Things got off to a good start for Bolivia when they managed to tie 0-0 with Mexico in a game that was pretty forgettable. They followed that up with a 3-2 win over Ecuador, their first away from their La Paz home in over 2 decades, before getting blown out 5-0 by Chile in the final group game. No matter what happens against Peru, their performance has to be considered a huge success. 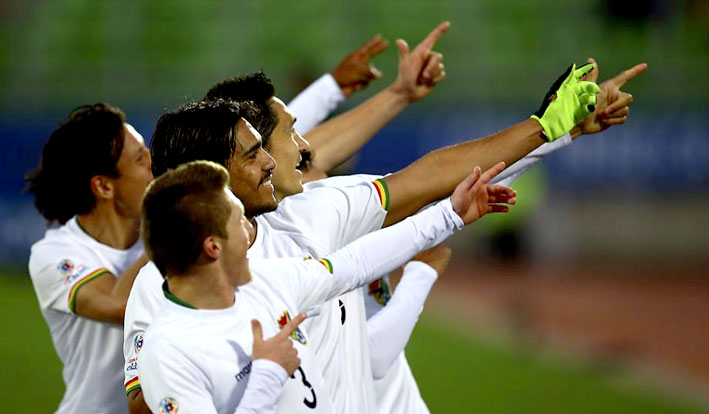 While Peru were not heavily favored in a group that featured Brazil and Colombia, there was still the sense that they might be able to find their way out of Group C. They have made it to this stage in 7 of the last 8 Copa America tournaments, but it was still a surprise to get there this year as a runner-up as opposed to one of the best third place finishers. Peru opened the group stage with a heartbreaking 2-1 loss to Brazil, which they followed up with a hard-fought 0-0 tie with Colombia. Claudio Pizarro scored the lone goal in a 1-0 win over Venezuela, which was the result that got Peru into the second place spot, and ultimately the quarter final. The benefit of that high finish is a much more favorable draw against a Bolivian team that should be there for the taking. Peru fans will be sorely disappointed if they don’t get past this stage.

Peru holds a 22-13 edge in wins against Bolivia over the years, but the last 4 meetings have all ended in draws. That suggests that we should expect a tight affair going into this one, with Bolivia perhaps trying to even get it to penalties. I think Peru wins it in regulation, though, with a 2-0 win my final prediction.SourcesWikipedia.org (https://en.wikipedia.org/wiki/Claudio_Pizarro)CA2015.com (http://www.ca2015.com/)
Older post
Newer post