Soccer Betting News
The winner of Group C at the 2015 Gold Cup will be decided on Wednesday night in Charlotte, North Carolina, and there are plenty of people who are surprised at the way things have gone in that group already. Mexico came in as big soccer betting favorites, but they currently find themselves playing second fiddle to a Trinidad & Tobago team that has been a very pleasant surprise.

Date/Time: Wednesday, July 15, 8:30 p.m. ETLocation: Bank of America Stadium, Charlotte, NCTV: Fox Sports 2, Univision DeportesOpening Line: Mexico -1½+110Mexico were expected to run away with this group, and things seem to get off to the perfect start when they beat an undermanned Cuba side 6-0 in their opening game. It was a big win, but one that came with a few warning signs, as El Tri squandered chance after chance to really run up the score. It’s tough to say that a team is suffering from poor finishing when they score 6 times, but that fault certainly came to light when they could only manage a 0-0 tie against a Guatemala team that had been reduced to 10 men. To add insult to injury, that game was ended a streak of 32 Gold Cup games where Mexico had scored at least 1 goal. The pressure from fans and the media is always huge when Mexico plays in a major tournament, and you can bet that the knives will be out on Wednesday night if they put in another lackluster performance.

Sitting at the top of Group C, with a place already booked in the next round, is Trinidad & Tobago. They have been the surprise team of the tournament, and have been a joy to watch. They got the ball rolling with a comfortable 3-1 win over Guatemala, and then followed that up with a 2-0 victory over Cuba. They have been getting solid performances from everyone on the team, but it has been center back Sheldon Bateau who has been the stand out player. He has been a rock in the heart of defense, and has also chipped in offensively with a goal in each of the first 2 games. Trinidad are sure to be delighted with how things have gone so far, but they also know that winning the group will give them a slightly less challenging draw in the next round. 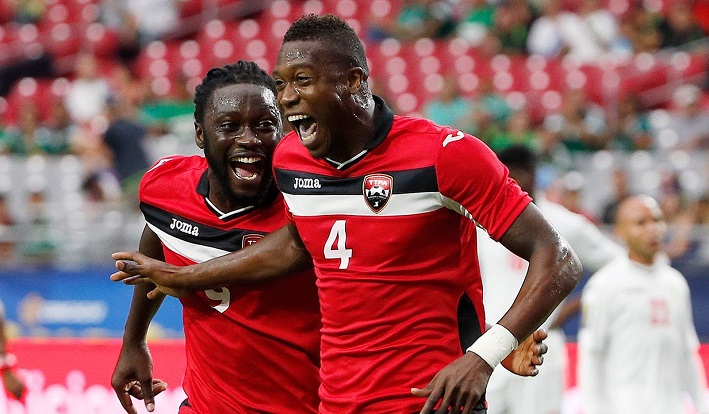