Soccer Betting News
The United States comes into the 2015 Gold Cup as defending champions and soccer betting favorites, but they have a pretty tough road to navigate in the group stage, with Honduras, Panama, and Haiti to take care of if they hope to move on. They also have something of a tough act to follow, as the US Women’s national team just hoisted the World Cup.

Date: Tuesday, July 7, 2015Time: 6:30PMVenue: Toyota StadiumThe US men have certainly been in a rich vein of form in recent weeks, with back to back wins on the road against Holland and Germany the perfect way to build some real confidence. Those wins were very much needed, as there were beginning to be a few rumbles of discontent among the American soccer faithful. In fairness to Jurgen Klinsmann, the spotty results that came prior to those big wins were when he was testing out a number of younger, untried players. He now has the squad that he wants to move forward in this tournament and the upcoming World Cup qualifying. It is a strong squad of players that you really feel should win this tournament handily. They certainly looked the part when they knocked off Guatemala 4-0 in their final warm up game. 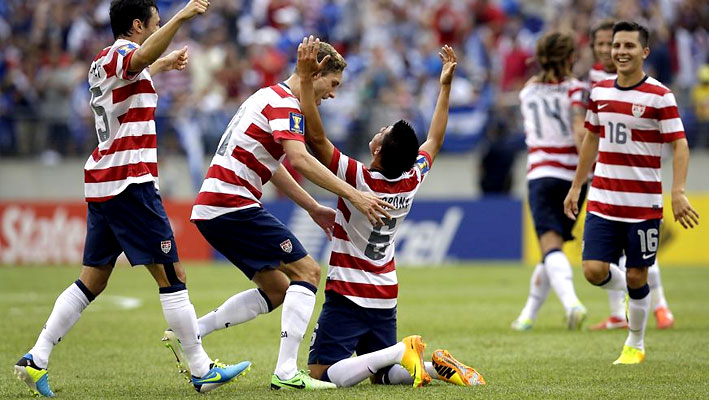 If Honduras are to make it into the second round of the tournament, they are likely going to have to do so via the third place spot in this group. Even that is something that is not guaranteed, as this team has proven time and again that they are not at their best in front of goal. The forwards that Honduras are bringing to the Gold Cup have only scored a combined 6 goals at the international level, which leaves you wondering where the production is going to come from. This means that Honduras are likely to try and play a tight, stifling type of game in hopes of frustrating their opponents enough to leave them a little vulnerable at the back. I don’t have a lot of confidence that this approach will work against the talented squads of the US and Panama.

While this is a competitive game, this almost feels as though it could serve as another warm up for the Americans. If they can get on the board early, the rout could be on, but I think they are going to have to work hard to break Honduras down. It should still be a win, though, with 3-0 for the US my prediction.SourcesWikipedia.org (https://en.wikipedia.org/wiki/J%C3%BCrgen_Klinsmann)Concacaf.com (http://www.concacaf.com/category/gold-cup)
Older post
Newer post