Soccer Betting News
The New Year is here with us and if you are a soccer fan like me, you know it means teams are back from the holidays break to battle it out in the league. La Liga is one such league that is back, and last weekend we saw how top teams struggled to pick from where they left off, probably due to holiday hangovers. This weekend offers an opportunity for teams such as Barcelona and Real Madrid to redeem themselves with good results in the La Liga soccer odds and lines. All the top four teams will all be in action with Barcelona taking on Granada, as Atletico Madrid goes for Celta Vigo scalps. Real Madrid will take on Deportivo and Villarreal host Sporting in a busy weekend of La Liga action. To get you prepped up for all the top games of the weekend, here is our brief online soccer betting preview and guide on how to wager your money.

La Liga Soccer Must Bet Games for This Week

Barcelona still remains at second place in La Liga standings despite the stalemate against their city rivals Espanyol in the derby last weekend. The draw between arch rivals Real Madrid and Valencia must have therefore come as a great relief after Barcelona had a faltering start to 2016. The goalless draw to Espanyol brought the free-scoring Barca record to an end, and truth be told, a nil-nil draw for a super-talented team like Barca must be considered a below average performance. Even so, all of Barca’s key players all seem to be fit, so the absence of Pereira Dos Santos Douglas, Sergi Roberto and Rafinha should not be much of a big deal in Barca’s quest for a bounce-back. After all, Barcelona boasts of the best home record in La Liga this season, winning eight and drawing one. They are without a loss at home in their la Liga campaign this season. Only Real Madrid has scored more goals at home with 29, with Barcelona comes in one short at 28.Granada, meanwhile, looks to pose a threat to Barcelona after enjoying a good start to 2016 with a 2-1 win against Sevilla. They will be all out to fight relegation as early as possible, as they currently sit 17th, so any lapses by Barca will be gladly accepted. As a concern, though, their away form has been wanting, given they have won two, drawn three and lost four on the road this season. Not to mention, they have conceded 16 goals on the road which gives them very little chance against the champions of the world. In addition, they will have to do without the services of Yrondu Musavu-King, Piti and Thievy Bifouma, who are all out due to injuries. This should therefore be an easy game for Barcelona, especially if Messi, Suarez and Neymar can show up in a big way, as is expected by many.Prediction: Barcelona 3, Granada 0.

Real Madrid also seem to have caught the Barcelona flu, starting their 2016 calendar with a draw against an ever threat-opposing Valencia. They let themselves down having let go of the lead twice in a game that saw Mateo Kovacic being shown a straight red card. A win would have seen them tied in points with Barcelona on second place. For now, they face a Deportivo side that also poses a threat to their title ambitions, hence must fight to keep things tight, more so in their defense that has been leaking cheap goals recently. Real Madrid’s home record is not bad this season, having lost just once, scoring 29 goals along the way. Defensively, they have conceded nine goals at home, bringing their defensive record to one goal per game. And to further boost their confidence, their only injury worry is Daniel Carvajal, who is actually back in training.Deportivo are coming into this game fresh from losing to Villarreal at home to get the New Year off to a disappointing start. A Bruno Soriano double ensured all the three points went to the visitors despite Luis Alberto having equalized earlier in the second half. On the road, La Coruna have won three, drawn five and lost only one, with a goal scoring record of 12. Their long injury list includes Luisinho, Cani, Manuel Pablo, Manu, Jonathan Rodriguez, Celso Borges, Agosto Fabri and Albert Lopo. On paper, Deportivo could be dangerous, especially if they can take advantage of Madrid’s woes at the back, but if the hosts can get back to basics, then a Madrid win should be the best bet here.Prediction: Real Madrid 2, Deportivo 1.

Despite starting their 2016 calendar with a 2-0 loss against the tough Malaga, Celta Vigo remains a surprise package in La Liga this season, hence shouldn’t be written off here. They currently occupy the automatic Europa league qualification spot as they sit fifth in the La Liga table. They will be looking to improve when they host the current league leaders, as a loss might see them leaped by Bilbao who are heavily breathing on their necks. Their home record is, however, not good having won four, drawn two and lost three. They will miss the services of Andreu Fontas, Nolito, and Ruben Blanco, who is serving a two game suspension. 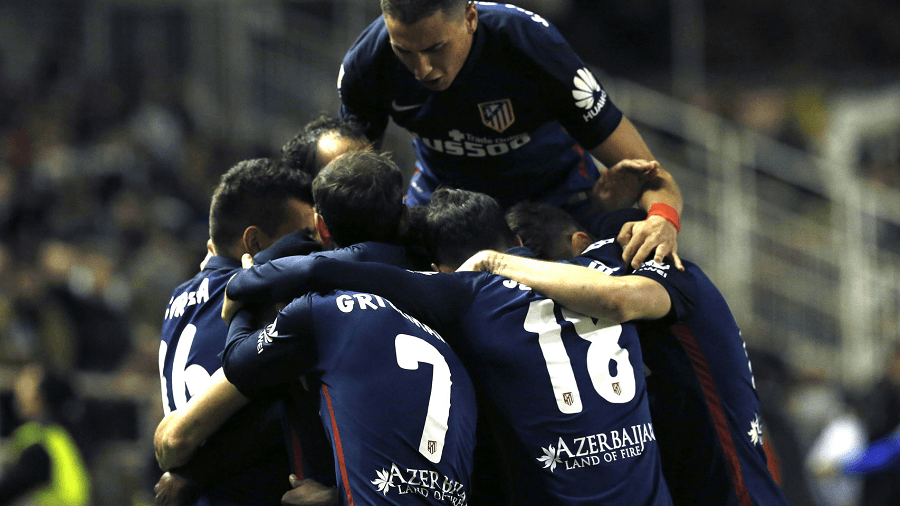 Atletico are currently enjoying being at the helm of things as they top the league ahead of Barcelona and Real Madrid (though Barcelona have a game in hand). Their start to the 2016 might have been scrappy but at least they got a win, opening the gap being them at Barcelona. As they pay a visit to a tough Celta side, they boast of the best record on the road having won six, drawn one and lost two, accompanied by 13 goals. Only Real Madrid (18) and Eibar (14) have scored more goals on the road. Their only injury worry is Tiago who is out with a broken leg. Celta are surely a tough opponent to beat, but against the current league leaders, they won’t be having it easy.Prediction: Celta Vigo 1, Atletico Madrid 1.

Villarreal occupy fourth place in the league after seeing off a tough Deportivo team 2-1, thanks to a late Bruno Soriano penalty. This ensured that they are among the teams that put 2016 calendar to a winning start. For a game that could have easily ended in a draw, they showed some character and resilience. This win helped them widen the gap between them and the fifth-placed Celta Vigo after the latter lost. Facing a relegation-threatened Gijon side, which has a long list on injuries that includes Sergio Asenjo, Bojan Jokic, Jaume Costa, Adrian and Daniele Bonera, should thus be very winnable. After all, their home record is the second best in the league, having won seven, drawn one and lost just one, though they must improve on their scoring as they have bagged just 15 goals, which is below average compared to Barcelona’s 28 and Real Madrid’s 29.The 18th placed Gijon should offer little threat to Villarreal after garnering just 15 points in 16 games. The 2-0 loss to Eibar ensured that their stay at the relegation zone would be longer. Ironically, they do not have much to worry about in terms of injuries and one would expect a better performance. Their record on the road offers little to hope for, having won just two, drawn one and lost six. Along with that, they have scored just seven but conceded fifteen. An easy game for Villarreal it seems, but as always, never write-off the fighting spirit of a relegation-threatened team at such a time of the season.Prediction: Villarreal 2, Sporting 0.
Older post
Newer post