Soccer Betting News
When the U.S. men’s national soccer team takes on Peru and Brazil in a pair of September friendlies, soccer betting fans will get to see goalie Tim Howard return. U.S. head coach Jurgen Klinsmann picked both Howard and defender DaMarcus Beasley for his roster for both matches, gearing up for an October 10 playoff with Mexico that will send the winner to the Confederations Cup in 2017.

Howard has more caps than any other goalkeeper in U.S. soccer history, but he took a year away from international competition after the 2014 World Cup. He did play the 2014-15 season with Everton FC in the English Premier League, but he suffered some injuries that limited his playing time. Brad Guzan was the starting goalkeeper for the U.S. in the recent Gold Cup – as well as in friendly victories at Germany and the Netherlands earlier this year. Klinsmann was pleased to have the option of bringing Howard back. “He took a year off because of family reasons and that was all fine for us. Now after the Gold Cup we had the understanding that we were going to talk on the phone, which we did at length. He said he would love to come back. This is more great news for us.” 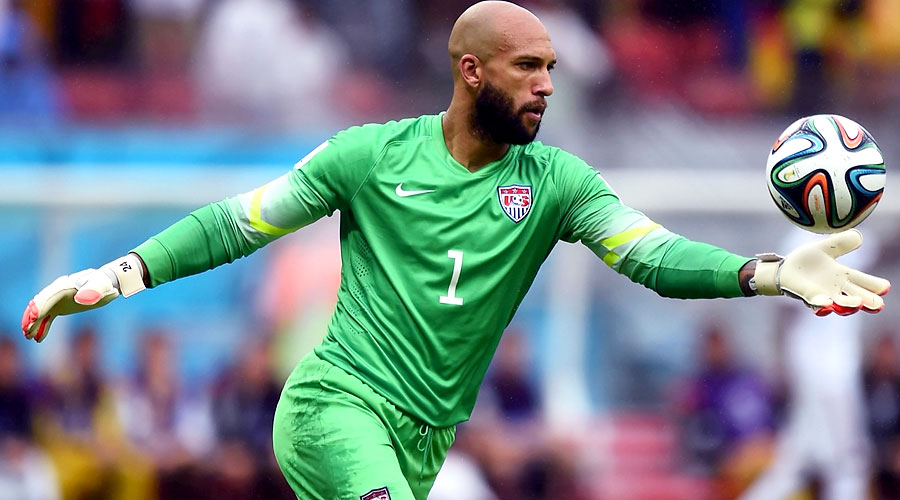 For now, Howard will be the No. 2 goalie for the men’s team, still behind Brad Guzan. DaMarcus Beasley had retired from international play in December 2014. He was the starter at left back for the U.S. in the 2014 World Cup, and he has played on the senior national team since 2001. Klinsmann went back to Beasley before the knockout stage of the Gold Cup, and asked him to return. An injury in training limited Beasley to just playing 30 minutes in the third-place game, in which the U.S. lost to Panama. That game was then billed as Beasley’s last game with the senior team, but he and Klinsmann have both changed their minds on that since then. As Klinsmann put it, “It seems like [Beasley]’s not getting older at all, but he’s also extremely important as a chemistry guy within the group. Hopefully it will be a long future still with DaMarcus Beasley with the National Team.” 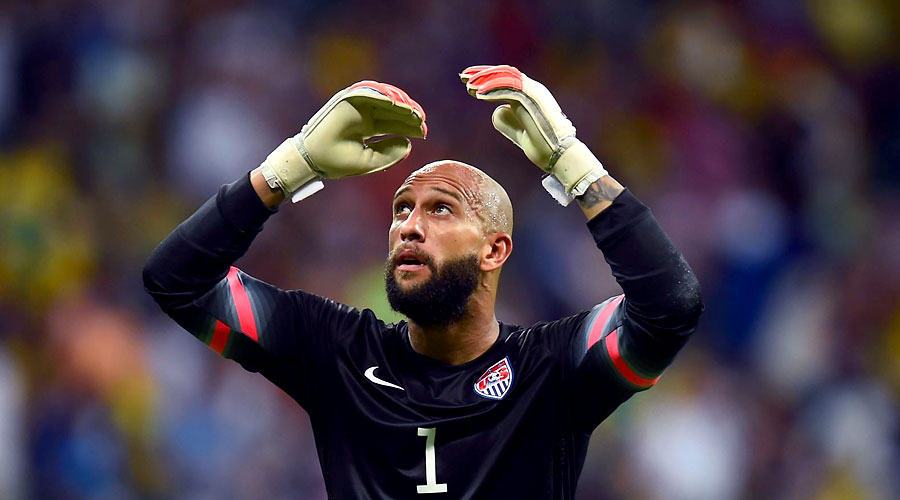 The next two friendlies are on September 4, as the U.S. hosts Peru at RFK Stadium in Washington, D.C., and on September 8, when Brazil comes to Foxborough, Massachusetts, to play the men’s team at Gilette Stadium. Peru took third in the 2015 Copa America. Brazil fell in the quarterfinals but is still a global power in the game of soccer. So what will happen with Tim Howard? It’s unlikely that he would start ahead of Brad Guzan against Peru, but it will be interesting to see if Klinsmann gives each keeper one of these two intriguing friendlies. This would make it even more of a toss-up as to who will be in net when Mexico comes calling, with a berth in the 2017 Confederations Cup on the line. That will be a game in which Klinsmann’s typical tinkering hopefully takes a back seat. Sources WashingtonPost.com (https://www.washingtonpost.com/sports/with-tim-howard-returning-klinsmann-still-quiet-on-us-roster/2015/08/23/62f9b0a8-49c9-11e5-9f53-d1e3ddfd0cda_story.html) Wikipedia.org (https://en.wikipedia.org/wiki/Brad_Guzan)
Older post
Newer post