Soccer Betting News
Even with the fever pitch anticipation of the 2015 UEFA Champions League Finals currently dominating the talks in the world of soccer betting, the biggest news doing the rounds in the realms of football is the recent corruption allegations against senior FIFA officials.The U.S. government launched an attack on FIFA in what it called deep-seated “year after year, tournament after tournament” of corruption in soccer, forcing them to pull FIFA executives out of a luxury Zurich hotel to face charges on racketeering. Earlier before that, the Justice Department unsealed a 47-count indictment accusing 14 world soccer officials (including key FIFA officials) of money laundering, bribery and racketeering that totaled to over $150 million.

Reactions to the Scandal

The scandal is already causing ripples across the world, as various soccer pundits weigh in on the issue and some of the implicated officials also responding to the allegations. For example, four officials and two sports marketing companies have already pleaded guilty to the charges, according to Washington Post. Meanwhile, the 2015 Women’s World Cup kicks off in less than 5 days from now and there are concerns that the 24-team tournament that runs through to July 5 in Edmonton could be part of the tournaments affected by the scandal.In the early reports of the scandal, some of the implicated tournaments include the 2018 and 2022 World Cup, which are said to have been controversially rewarded to Russia and Qatar, respectively. 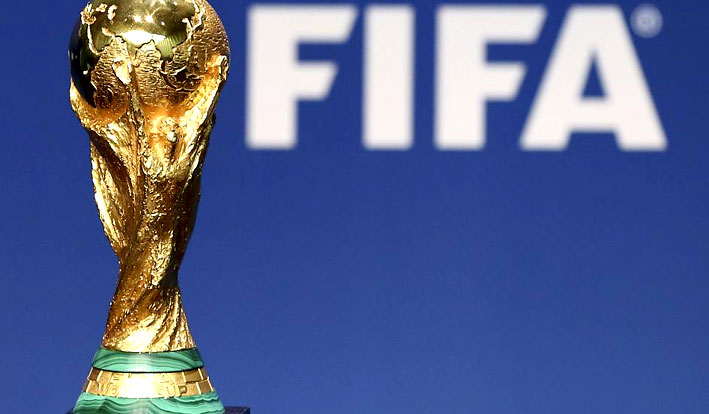 Most conspicuously, though, the corruption charges engulfing FIFA didn’t affect the FIFA president elections held last Friday, as long-serving FIFA president Sepp Blatter was re-elected to the Presidency for his 5th term in a row. The 79-year-old Blatter was apparently not included in the list of indicted officials, though from FIFA’s questionable reputation, you can’t help but feel that the President may have been aware in one or two of the scandals.Andrew Zimbalist, a sports economist from Smith College, is among the many people who are already pointing fingers to Blatter understandably. “I think that all trails lead back to Sepp Blatter,” Zimbalist said. “I don’t think there’s any question about it.”Prior to Blatter’s re-election, UEFA President Michel Platini and associates had directly requested the FIFA president to resign and pave the way for transparent investigations. But as has been the case severally with the hot-headed Blatter, the President refused to oblige to the calls. UEFA is set to hold some meetings in Berlin this week prior to the UEFA Champions League Finals, and according to Platini, UEFA could decide to disentangle itself from the embattled FIFA and also withdraw for the World Cup due to Blatter’s re-election.Visa, one of FIFA’s biggest sponsors, has also been keen to sideline itself from the corruption counts, calling for change and glimpsing that they could part ways with FIFA if relevant changes don’t take place.

Effect of the Scandal on Soccer Betting

Considering the UEFA and its sponsors have a great stake in global soccer matters and their goodwill has a great effect on FIFA, their lack of support could for Blatter and FIFA could mean dire repercussions in the world of soccer betting. Most notably, airing live soccer events and games could be stunted by the lack of sufficient funds, which would make it difficult for many soccer enthusiasts to watch and bet on games. 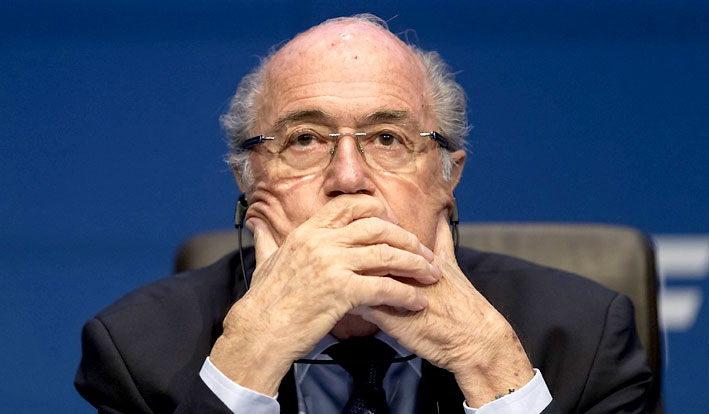 Following the accusations against FIFA officials, a number of impactful changes have also started to take place in Latin America, which is considered as the hub of diehard soccer lovers. The general feel in Latin America is that, matters related to corruption in soccer have marred the beautiful game of football hence should be sorted out at all costs.With the increasing rate of investigations and public outcry against the brazen corruption at FIFA, there is a high likelihood that the impact of the scandal could get bigger over time, which will in turn have a huge impact on soccer betting. All that will, however, greatly depend on the precedence set by Platini and his team over the next couple of weeks, so keep an eye out for the decisions made by UEFA in regards to this case. SourcesGlobalNews.ca (http://globalnews.ca/news/2020245/swiss-justice-ministry-says-6-of-the-7-arrested-in-fifa-probe-oppose-extradition-to-us/)WashingtonPost.com (http://www.washingtonpost.com/blogs/early-lead/wp/2015/05/27/fifa-officals-arrested-what-this-means-for-soccers-governing-body/)
Older post
Newer post