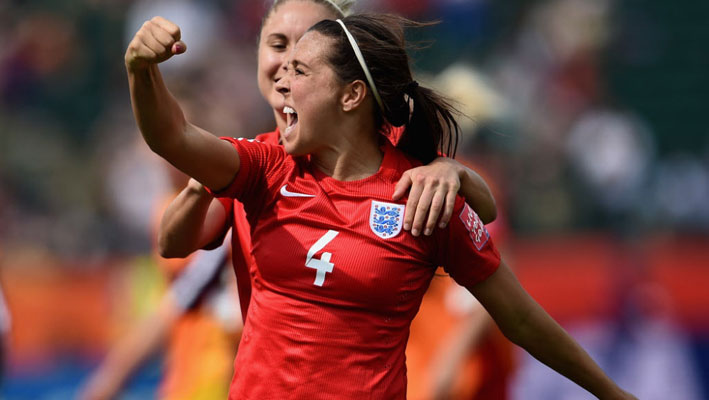 “The players have given sweat, blood and tears, smiling throughout. The players deserve to go back home as heroes,” said boss Mark Sampson. And they did. The tournament dark horses reached the semi-finals for the first time and were seconds from an additional 30 minutes against Japan when Laura Bassett agonizingly put through her own net. It was a cruel end to a campaign underpinned by defensive steel, though Sampson’s charges ultimately finished as the highest-ranked European side with a 1-0 extra-time success against Germany in the match for third place – their first ever defeat of the continental champions in 21 attempts. 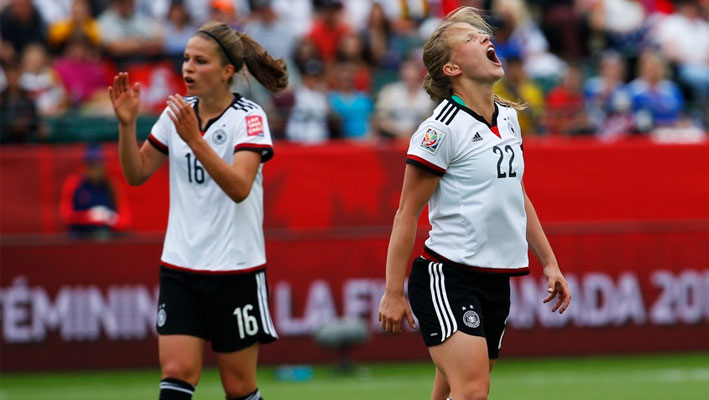 Germany have ruled Europe since 1995 but aspirations of completing Silvia Neid’s reign by re-establishing global domination ended against the United States in the last four. Célia Šašić won the Golden Boot as top scorer (edging the United States’ Carli Lloyd with fewer minutes played) in the run to the semis but, only a few days after her penalty prowess had helped edge out France, she missed from the spot with the score 0-0. “This team has given its all today, but unfortunately it wasn’t enough,” said Neid, whose side were unable to bounce back from that disappointment against England. 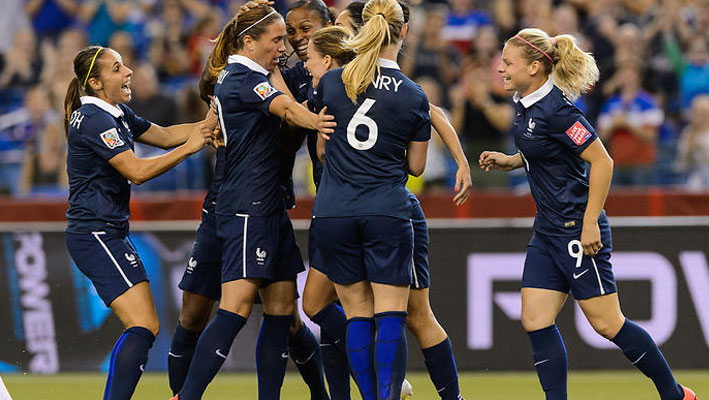 An up-and-down campaign for one of the pre-tournament favourites, who host the next finals in 2019. Wins against England and Mexico sandwiched a shock 2-0 defeat by Colombia, and, having swept aside South Korea, they had the better of Germany for much of their quarter-final but failed to take their chances. France were six minutes away from victory before Šašić equalised; Gaëtane Thiney missed a fine late chance and Claire Lavogez was denied in the shoot-out to seal their fate. “We only have ourselves to blame,” reflected coach Philippe Bergeroo. 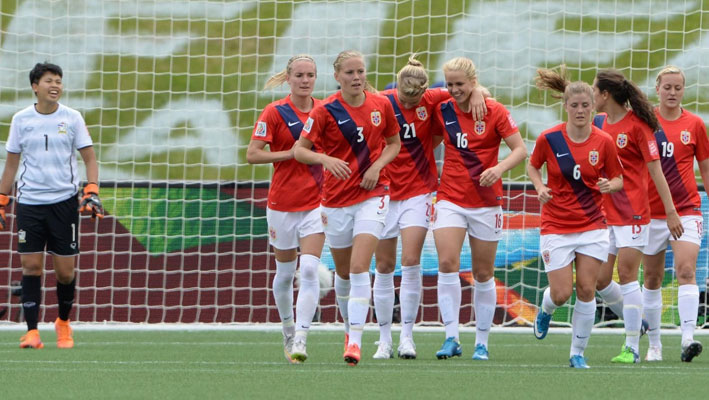 Hopes were high for the UEFA Women’s EURO 2013 runners-up even before their 1-1 group stage draw with Germany. Comfortable victories against Thailand and Ivory Coast ensured progress to the last 16, and most backed them to get the better of England. The 1995 winners led through Solveig Gulbrandsen goal by the hour mark but had no answer as resurgent England hit back. “This is a hard way to lose; it’s very disappointing for all of us,” lamented coach Even Pellerud. 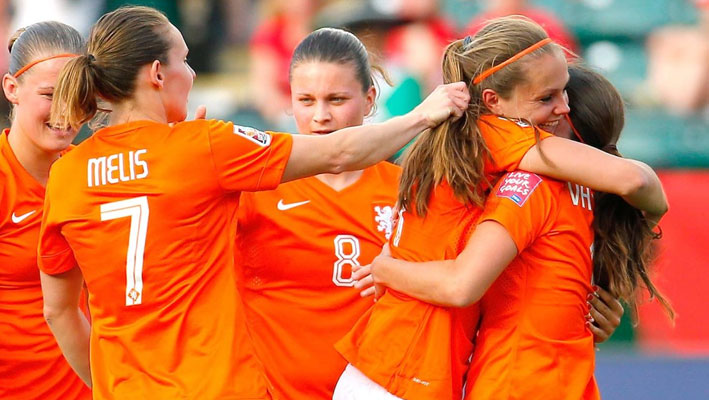 Playing at their first finals, the Netherlands gave an excellent account of themselves and kicked off with a 1-0 defeat of New Zealand – Lieke Martens claiming the nation’s maiden Women’s World Cup goal with a spectacular effort. A point against the hosts sealed their spot in the last 16 following a loss to China, and Roger Reijners’ troops gave holders Japan a genuine challenge before heading home on the back of a 2-1 reverse. “I’m proud of my team and the way they stepped up at such a big tournament,” commented the coach. 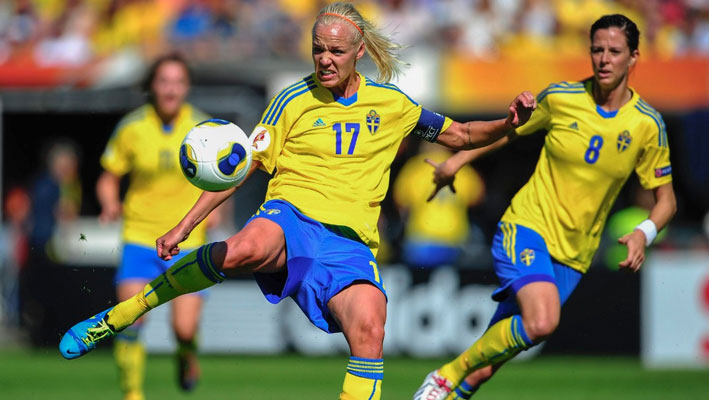 Bronze-medalists four years ago, the 1984 European champions were drawn into a tough group and paid the price for finishing third. Pia Sundhage team were denied victory in a thrilling 3-3 opening draw against Nigeria and drew with both the United States and Australia before being handed a difficult tie against Germany. As in the semifinals at UEFA Women’s EURO 2013, their old rivals prevailed. “They’ve blocked our path at a lot of major tournaments and they knocked us out again,” lamented retiring midfielder Therese Sjögran. 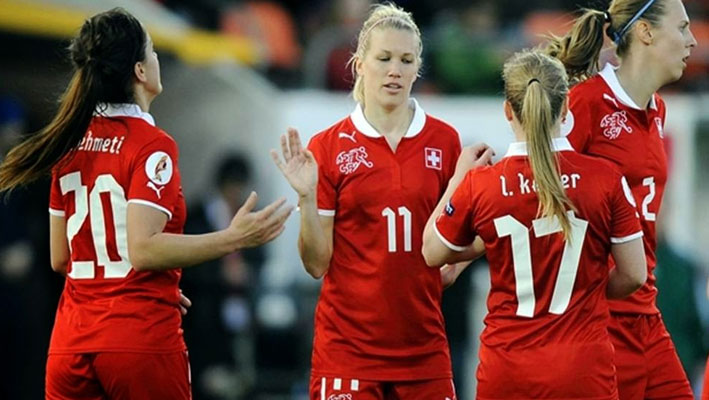 “We haven’t fallen short; in fact, we’ve met our expectations,” said Martina Voss-Tecklenburg after her Switzerland side ended their debut campaign with a last-16 defeat by Canada. Before that, they ran Japan close and narrowly lost to Cameroon, either side of a blistering 10-1 demolition of Ecuador that featured hat-tricks from Fabienne Humm and Ramona Bachmann. “We’ve entertained people,” added Voss-Tecklenburg.   Sources: UEFA.com: http://www.uefa.com/womenseuro/photos/photoid=1977467.html FoxSports.com: http://www.foxsports.com/soccer/gaetane-thiney-player-stats
Older post
Newer post