Tennis Betting News
Before the draw for the 2015 men’s tournament at Wimbledon, it was Novak Djokovic and Andy Murray, both former champions, who were considered the tennis betting favorites to win it all. The draw was not very kind to either man, though, and both are going to have a pretty tough road to the final.Djokovic might very well be in a little bit of danger when he faces Philipp Kohlschreiber on Monday. Kohlschreiber is very good on grass, and since this will be the first grass start for the Serbian this year, he could find himself behind the 8-ball in the early part of the game. I have no doubt that Djokovic will be able to get through this one, but things don’t get any easier as the tournament progresses. The players that he could potentially face on his side of the draw are all big servers, which is always a bonus at Wimbledon. The early reports suggest that the courts are going to be playing harder and faster than usual, and that plays right into the hands of the men who flash some real power with their serve. The top half of the draw also features a pair of semi-finalists from last year, as GrigorDimitrov and Milos Raonic are both up there. These are two men that cannot be overlooked when making your bets for the tournament. 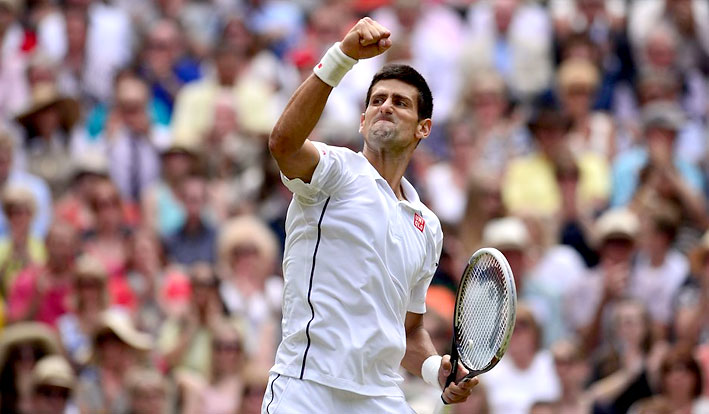 The bottom half of the draw is where 2013 champion Andy Murray resides, and the Scotsman has some quality company joining him there. Rafael Nadal, JW Tsonga, Roger Federer, and David Ferrer are just a few of the big names to be found in the bottom half. A few of these guys will avoid each other until the latter stages of the tournament, as they are split into different quarters in the draw. In order for Federer and Murray to meet, they would both need to make it through to the semi-finals, which is not beyond the realms of possibility. I actually believe that will be the semi-final we will see on the bottom half of the draw, while I like Djokovic and Stan Wawrinka to meet in the other semi.

The way this draw has gone, it would not be a huge shock to see a surprise player or two make it all the way to the final. That said, it’s usually players who are in the top 10 who land there. As for a pick, I’m taking Andy Murray to win his second Wimbledon title.SourcesWikipedia.org (https://en.wikipedia.org/wiki/Philipp_Kohlschreiber)ESPN.com (http://espn.go.com/tennis/player/_/id/1287/grigor-dimitrov)
Older post
Newer post