The Rant
From way back in the medieval days when human beings didn’t know how to read and write to the modern days where computers rule the world, the theme of cheating has been consistently there. The only difference has been in the modes of deceit, with perpetrators and victims of cheating often changing roles variedly. The world of Sportsbetting, as you are aware, has not been an exception to cheating. In fact, with the ever-increasing nature of competition and rewards in sports, cheating is becoming more of a habit, a necessity even, rather than something reserved for thieves and other wicked classes of people in the society. Not to encourage you to cheat, but here is a load of some of the biggest cheaters in sports history:

During the 2000 Paralympic games, the Spanish team had 10 of its 12 players use fake medical certificates to feign being mental handicaps. After winning the gold in the tournament, one of the players later admitted he, together with other teammates, weren’t handicapped. The team was ordered to return the gold medals awarded to them after the players and the Spanish Federation for Mentally Handicapped sports were found guilty of the offense.

Still in 2000, China used an underage gymnast named Dong Fangxiao to compete in their Olympics team. Later after the earning a team bronze medal in the event she participated in, it was revealed that Fangxiao was 14, two years younger than the required minimum age of 16. The team lost its bronze medals from 2000, but that didn’t stop them from facing similar accusations in 2008. Oh, and the Chinese have had several other accusations pointed in their direction, including using altered genes to make players stronger.

From the Spygate scandal to the current on-going deliberations on the Deflategate scandal, Coach Bill Belichick and the Pats have become masters of cheating. What makes the Patriots a unique name in this list is that they are not only good at inventing creative ways of cheating, but they are also very good at acting out innocence, which often helps them get away with their cheats, mostly in the form of “fair” punishments.

Sign-stealing is a cheat nearly as old as the sport of MLB and it still takes place undetected in the modern-day baseball games. The Giants team of 1951, however, took it to a whole new level, using a telescope to monitor pitching information from opposing teams, and then relaying it using a buzzer system to their bullpen, which would in turn be signaled to the rest of the team. Questioned about their elaborate system of cheating that allegedly earned them a pennant at the expense of the Brooklyn Dodgers, Bobby Thomson has maintained innocence about the whole issue. But as the whole MLB fraternity knows, there was more to their qualification to the 1951 World Series than just sheer luck. 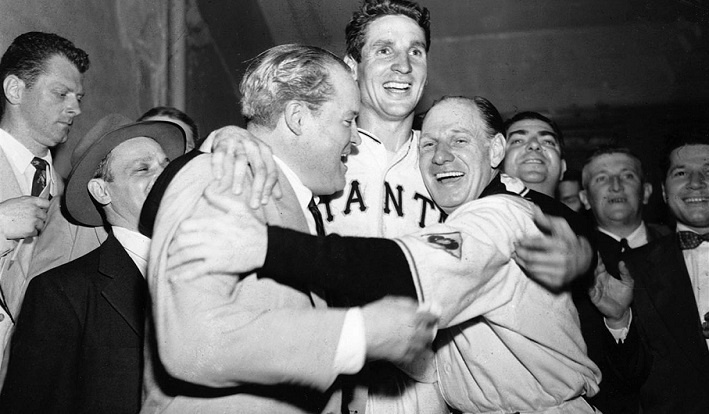 In 1919, the Chicago White Sox were strong favorites in the Finals against the Cincinnati Reds, poised to claim their third World Series title. However, with the MLB odds set as high as three-to-one for the Reds to win, the White Sox players allegedly received large sums of money to throw away the game and allow bettors to cash in on the sumptuous odds. Resultantly, the Chicago players put in a poor performance, losing 9-1 to the Reds to give away the title game. Despite claiming innocence, eight Chicago players were implicated and later banned because of the scandal, commonly known as the Black Sox Scandal.Sources:Wikipedia.or (https://en.wikipedia.org/wiki/Dong_Fangxiao)Baseball-Reference.com (http://www.baseball-reference.com/players/t/thomsbo01.shtml)
Older post
Newer post