The Rant
The bitter feud between Ronda Rousey and Floyd Mayweather has just refused to stay in the past, despite the fact that professional boxing doesn’t allow for men vs. women fights. Rousey recently claimed that she would beat Mayweather in a no-rules fight. Despite acknowledging that Mayweather is the best boxer in the world and admitting he would beat her in a ring match, she claims he has nothing on her in a fight outside the ring. Responding to a fan’s question, the UFC female bantamweight champion said that what makes her stand out is the fact that she does fight for a living and does not merely get into matches.Adding salt to injury, she received the ESPY award for Best Fighter of the year in a category that Mayweather was also nominated. She claimed Mayweather must be feeling very bad being beaten by a woman. For a long time now, Rousey has been raring for the opportunity to fight Mayweather, with the origin of their feud being traced back to the time when Mayweather mockingly claimed he didn’t know who Rousey is, yet she was a household boxing name at the time.Interestingly, Rousey is not the only one thinking she can win, as Interim UFC 145-pound champion Conor McGregor buys into her thoughts. Both UFC fighters believe they would bring Mayweather down within seconds, in a real fight. Assuming there were hypothetical rules allowing the fight to happen, would the big-talking Mayweather be floored by Rousey? Let’s try to find some answers in the MMA betting analysis given below.

Ronda Rousey at a Glance

Rousey’s records precede her big talks, with her fighting skills setting her apart as one of the best sports personalities alive today. The talented American is a mixed martial artist, judoka and actress. In 2008 in the Beijing Olympics, she became the first American woman to win gold in judo. She is the current UFC Women’s Bantamweight Champion and was also the last Strikeforce Women’s Bantamweight Champion. In the Mixed Martial Arts category, she stands undefeated with 12 out of 12 wins, 11 of them astoundingly coming in the first round. 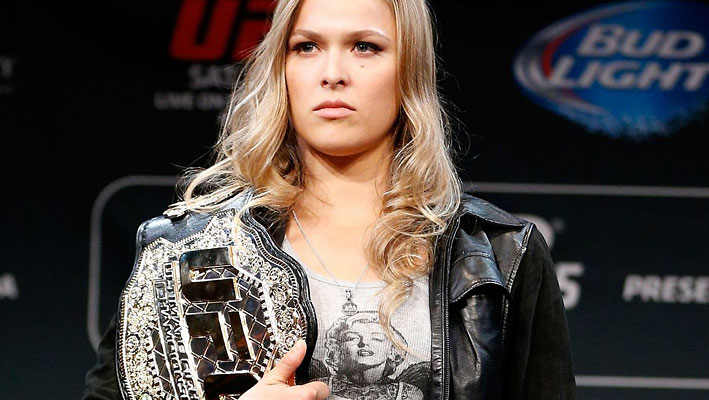 The fighting machine is ranked number one in a lot of circles. For example, she is the consensus number one pound-for-pound female MMA fighter in the world. The Unified Women’s MMA ranks her as the number one 135-pound fighter. The list is endless as she is number one in many other media and martial arts rankings.

Floyd Mayweather at a Glance

In the world of boxing, Floyd is a flawless king. He has won 11 world boxing titles, the lineal championship in four different weight classes and stands undefeated in his professional career so far. He is a champion in categories such as WBC, WBA, Ring welterweight, the WBC Super and WBA, among others. He has numerous other awards and has been ranked by numerous sports news and boxing websites as the best pound-for-pound boxer in the world. Simply said, the guy’s resume is among the greatest ever. 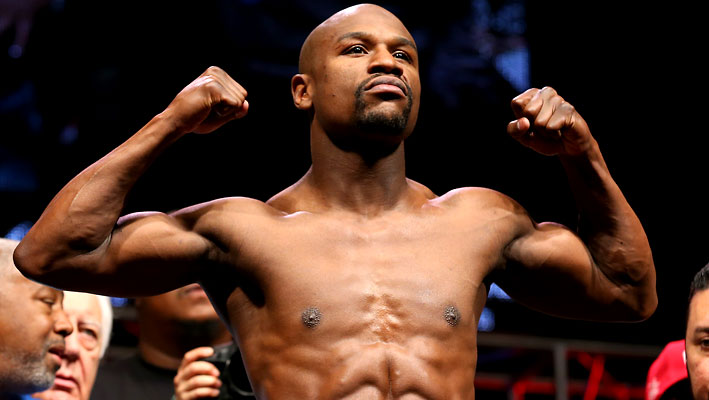 Most recently, he beat Manny Pacquiao in a highly-anticipated 12-round bout, defending several titles in the process and racking up north of 200 million in that single fight, making him the most paid athlete in the world.

We have looked at what both have achieved in the ring, and evidently, both fighters have a lot of winning pedigree, of course with Mayweather having an upper hand because of his seasoned experience in the game. But who among the two fighters rules in the streets? This can only be determined if the two get to fight. Words can be said by anyone, but actions speak loudest. The likeliness of this fight occurring is very slim, especially since Mayweather has been avoiding the topic like a plague. He seems to be having control of his off-the-ring attacks, as he often does on the ring where he does not allow his opponents to penetrate his defense. If the fight happens, it will be one of the most interesting the world has ever seen. But for now, it will probably just make good fodder for the media and speculations for boxing and MMA betting fans.SourcesRollingStone.com (http://www.rollingstone.com/sports/videos/watch-ronda-rousey-rip-floyd-mayweather-at-the-espys-20150716)Wikipedia.org (https://en.wikipedia.org/wiki/Floyd_Mayweather,_Jr.)
Older post
Newer post