The Rant
Hey NFL betting fans, do you remember that famous celebration from September 2014 game between the Lions and Packers? No, I am not referring to Andrew Quarless’ celebration from scoring a TD on an Aaron Rodgers pass, the one I am talking about is the mocking celebration by Detroit linebacker Stephen Tulloch against Green Bay in that same game. You still don’t remember? Aaaargh, you are such a spoilsport! Okay, let me jog your memory… This is what happened. So Aaron Rodgers was in his element trying to do his thing for the Packers, passing for touchdowns and all, but in the process of attempting a play, Tulloch sacked him. Unfortunately for the linebacker, his exaggerated celebration of the sack earned him an injury and was unable to continue in the game. To his relief, though, the Lions eventually won the game 19-7 and his sack counted as crucial moment in the game. Lets see that again… When later asked about the dumbness of him getting injured as he tried to mimic Rodgers’ “title belt” celebration, Tulloch said, “I made a play on the quarterback to help my team and unfortunately I got up and in the celebration, and it happened,” so there was no need for him to feel embarrassed. Well, I don’t know about you, but for someone who had admittedly “played nine years in the league” without missing any game, getting forced out of his first NFL game due to an injury from celebration was really stupid and embarrassing, to say the least. In his defense, Tulloch is not the only player in the league to have suffered a dumb injury. Here is a sweeping look at some other players who’ve had bad or worse dumb injuries: “Only two things are infinite, the universe and human stupidity, and I’m not sure about the former.” – Albert Einstein. 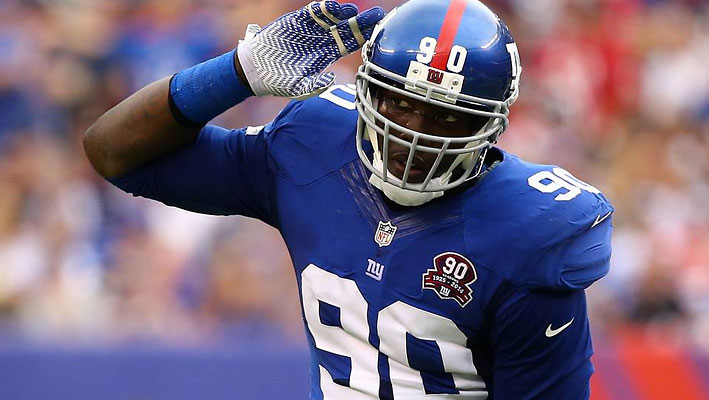 Recently, New York Giants defensive end Jason Pierre-Paul reportedly suffered a bad hand injury while setting off fireworks during a Fourth of July celebration. According to Sports Illustrated, Pierre-Paul had to be rushed to a Florida hospital to nurse the injuries. The incident could prove costly for the DE, who is yet to sign a new long-term contract with the team. If he is set to miss a significant amount of time from the team, the starter may not only lose his job, but the management can decide to rescind the franchise tag offer he received from the team, making him an unrestricted free agent. Despite the dumbness of his mishap, let’s hope he makes a speedy recovery from the injuries in time for the new season, especially for the sake of his NFL career that has been quite fruitful, so far. 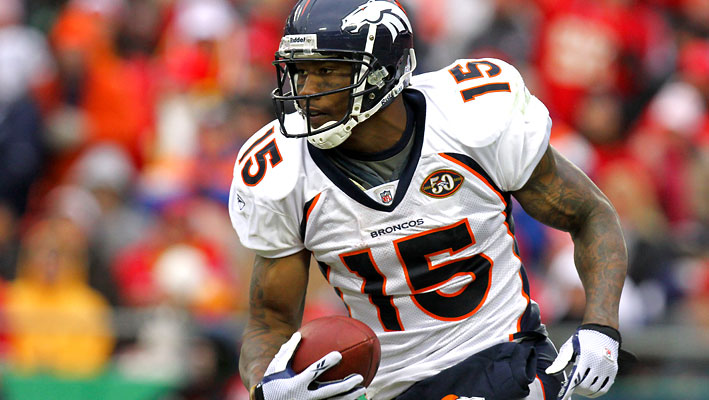 Currently a highly-respected free agent signed to the New York Jets, Marshall earned some of his fame for the wrong reasons in 2008, a wide receiver for the Broncos at that time. Reportedly, Marshall slipped on a McDonald’s bag and accidentally placed his arm through an entertainment setting, causing his severe injuries in his right forearm. But with thanks to the long offseason, Marshall was able to recover from the incident. In fact, in his first game back from the injury, he caught 18 passes. The star receiver went on to have a one of his best seasons, catching over 100 passes. I guess you now know why Marshall is not that big of a fan of McDonald’s. 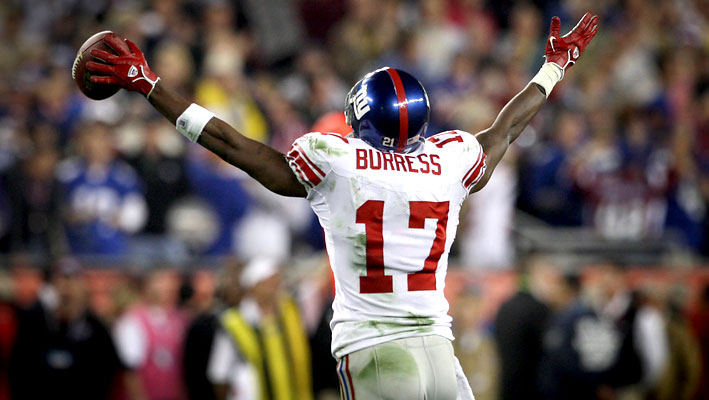 10 months after making a game winning TD catch in the dying seconds of Super Bowl XLII, New York Giants WR Plaxico Burress accidentally shot himself in the leg with an unlicensed gun in November 2008. And to add insult to his injury, he had to serve nearly two years in prison for the firearms-related charge. Burress eventually made a return to the NFL return in 2011 with the Jets. 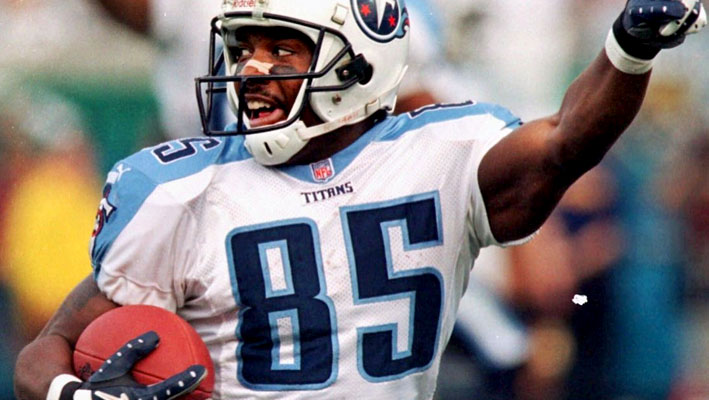 Tennessee Titans wide receiver Derrick Mason became a butt of jokes and sympathy in equal measure when he took a poor swing during a charity golf tournament in May 2003 and fractured a bone in his hand. Mason did, however, make a full recovery and was even able to play for his team in 2003 NFL season. 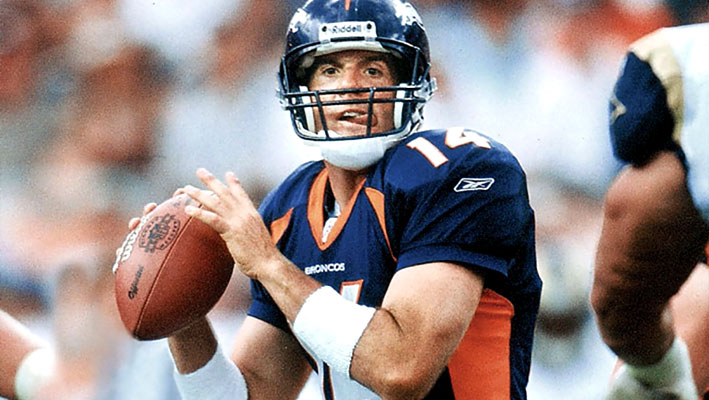 NFL players who are pet owners, this one is for you… In September 2002, Denver’s QB Brian Griese apparently suffered a sprained ankle after he was tripped by his pet as he was walking downstairs. Whether the incident was true or false is yet to be confirmed, but the team X-rays after the alleged tripping came back negative and he was able to play his next game against the Ravens. His vocal teammate Shannon Sharpe was however unconvinced about the whole incident, telling the media that, “I’m not a very good storyteller, but I think I could have come up with a better one than that … So the dog stood up on his hindlegs and gave him a push? You might want to get rid of that dog or put him in the circus, one of the two.” 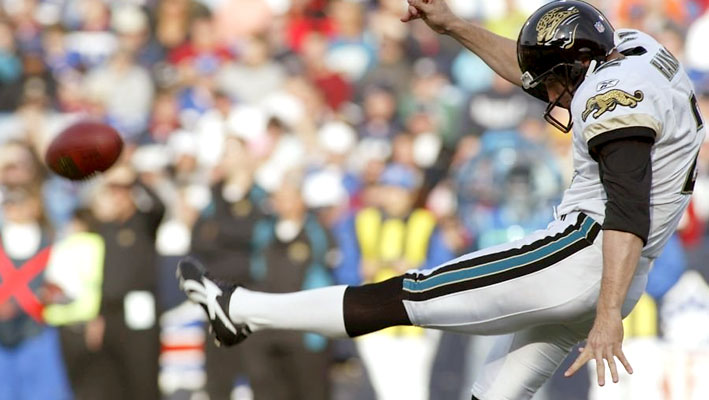 The two Jags, a punter and kicker, both suffered burns in Hanson’s house during the 2002 offseason. According to Hanson, the two players were trying to play place-and-kick moving a fondue pot when it slipped on the floor, causing serious burns to both of them. No need to cringe, the burns were not that serious, as both players recovered well in time for the training camp and the 2002 NFL season. 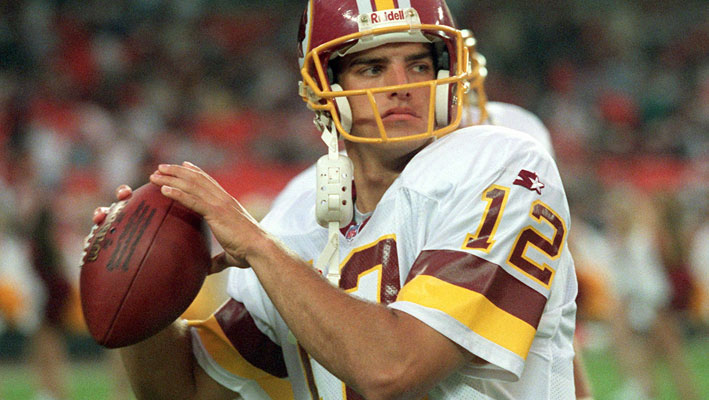 In an incident that was famously captioned “Head-Butt Turns Into Real Pain in the Neck” by the Washington Post, Washington quarterback Gus Frerotte curiously decided to celebrate a touchdown run against the NY Giants by going on Rhino-mode against a wall. Expectedly, the head vs. wall experiment turned out to be hurtful for him, as he suffered a sprained neck. The QB had to be taken to a hospital after halftime and his team played the rest of the game without him. As it turned out, the game ended 7-7, with both teams sharing the spoils. If only Frerotte had stayed in the game… Sources SI.com (http://www.si.com/nfl/2015/07/05/jason-pierre-paul-fireworks-injury-new-york-giants) ESPN.com (http://sports.espn.go.com/new-york/nfl/news/story?id=6630528)
Older post
Newer post