The Rant
Every year, as teams move through the NFL draft, the most impressive college quarterbacks garner a considerable amount of press attention. It’s true that the vast majority of rookie quarterbacks do not go on to amazing stardom in football. For every college-to-the-pros success story as Dan Marino and John Elway, there are many more stories such as Rex Grossman, Vince Young and David Carr, who flame out in their pro career. The rookie quarterbacks who do catch on and become stars often struggle in their first few years, like Troy Aikman did. Others aren’t heralded in college but come on later and produce in the NFL, such as Tony Romo and Rich Gannon. For online betting fans, there are a couple of things you can look at to determine how much of an impact a rookie quarterback is going to make.

Consider Johnny Manziel. A swift runner, a decent arm, and great instincts for the college game. However, he’s pretty short to be a prototypical pocket passer, and you can count the number of NFL quarterbacks who have been able to dictate the game in recent decades with their feet on one hand. Michael Vick? One Super Bowl appearance, no titles. Donovan McNabb? One Super Bowl appearance, no titles. Colin Kaepernick? Same thing. Russell Wilson has a title, but he had a stifling defense and a stout running game to lean on. So did Kyle Boller and Brad Johnson, who also have Super Bowl rings, but no one would call them dominant quarterbacks. Signal callers who can drop back and make strong throws from the pocket do well in the NFL, if they can adjust to the faster speed of the game. College quarterbacks who look like they could ply their trade on Sundays generally do better than those who scamper all over the field, populating SportsCenter highlights.

Do their teams really want them to play, or do they simply have no one else?

If a team has drafted a quarterback with the intention of starting him in Week 1, they have also spent the offseason preparing him for the job. He has worked with his receivers to develop timing and to gain familiarity with the offensive scheme. However, if the starter went down in the first week of training camp, or a quarterback has been drafted to compete for the starting job, rather than to prepare for it from Day 1, things are different. Any NFL quarterback needs a lot of work to get ready to lead his team through a season, but a rookie quarterback needs a lot more. He needs as many reps as possible with the first team and as much time as possible with the coaches. Otherwise, he ends up having to prepare for a season in a matter of weeks, or even days. The end result is a season of frustration – as one can expect in any situation when panic is the motivating factor. 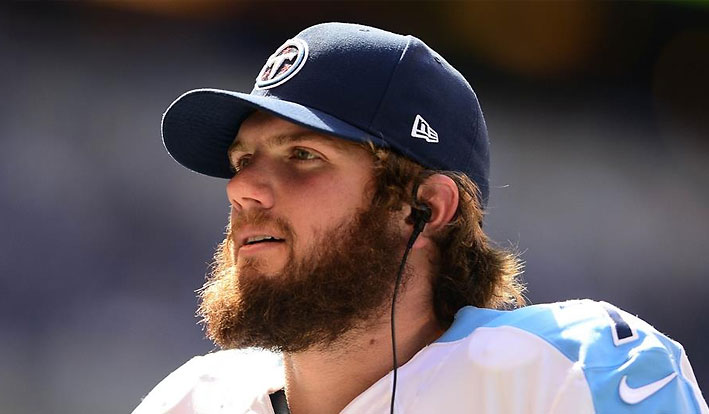 What other talented players are on the offense?

Zach Mettenberger is a talented young quarterback in the NFL, but he has virtually no top-tier talent around him on the Tennessee Titans roster. His offensive line is serviceable, but he also has to spend plenty of time running around avoiding sacks. The Titans’ running game isn’t that great either, and it’s not like he has veteran receivers to pass to. As a young signal-caller in the league, Mettenberger has a real challenge, because there doesn’t appear to be that level of talent to support him as he brings the team down the field. Sources ESPN.com (http://espn.go.com/nfl/player/stats/_/id/16736/johnny-manziel) NFL.com (http://www.nfl.com/player/zachmettenberger/2543605/profile)
Older post
Newer post