The Rant
When the Madden NFL video game first came out, its cover featured its namesake – former Oakland Raiders head coach John Madden who gained even more fame for his years broadcasting alongside partner Pat Summerall, and then later alongside Al Michaels. However, as the years went by, the game’s designers decided to put players on the cover of each year’s new edition. The Madden 15 edition (for the 2015 football sason), features Odell Beckham, Jr., the gifted wide receiver for the New York Giants.While players are glad to get the recognition that comes from a cover appearance, though, over the years some of the players that have made it onto covers have had some mysterious ailments come along and make their next season – or even the rest of their careers – less successful than they would have liked. This happened to the point where there is some chatter in the NFL betting world about a “Madden curse.” Could it be true?

Consider the case of Garrison Hearst. He was the first player to appear by himself on the cover of a Madden edition, gracing the front of Madden NFL 99. 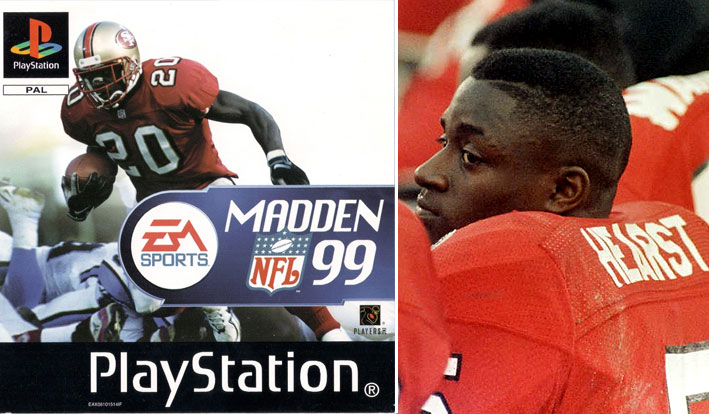 During the 1998 campaign, Hearst had piled up 1,570 yards on the ground along with seven touchdowns – both career highs. Thanks in part to his rushing prowess, the 49ers went to the playoffs. However, an ankle injury kept him from playing again until 2001 and was a major factor in the 49ers’ divisional loss.

Other Notable Players Hit By The Curse…

How about Eddie George? He was on the Madden NFL 2001 cover, but after he appeared, that next season he only averaged about 3 yards per carry, and only 5 touchdowns. He had a toe injury that simply wouldn’t go away, and he would never average more than 3.4 yards per carry in any of the seasons after that. The “curse” apparently began quickly, as he had a key fumble in 2001 AFC Divisonal Playoff game, not long after the game cover came out, and Tennessee lost the game. 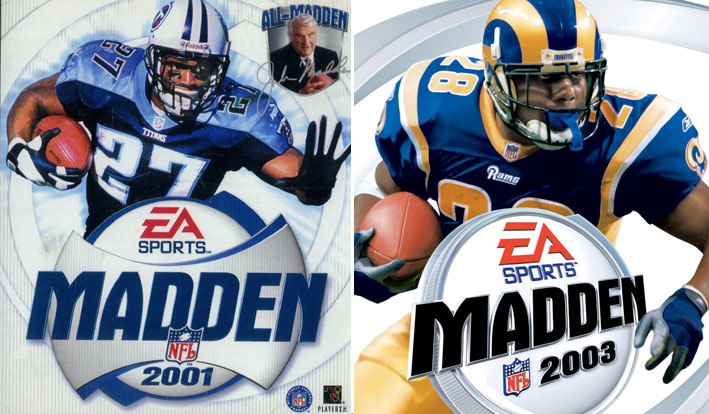 Don’t forget Marshall Faulk. He was on the cover of Madden NFL 03, and heading into that season, he had run for over 1,000 yards five years in a row, and four years in a row for more than 1,300 yards, leading the St. Louis Rams to the Super Bowl on two occasions. However, the season after he appeared on the cover, he missed five games with an ankle injury, and he would never run for 1,000 yards in a season again.Michael Vick may be the most classic example. Just five days after Madden NFL 2004 came out, featuring the Atlanta Falcons quarterback on the cover, he broke his right fibula in a preseason tilt against Baltimore. He missed all but the last five games of the season, and only had 4 touchdown passes. To add insult to injury, Vick was also arrested for running a dog fighting ring and ended up serving almost two years of prison and home confinement time. He would return and appear for the Philadelphia Eagles, but he has yet to be the same quarterback that he was. 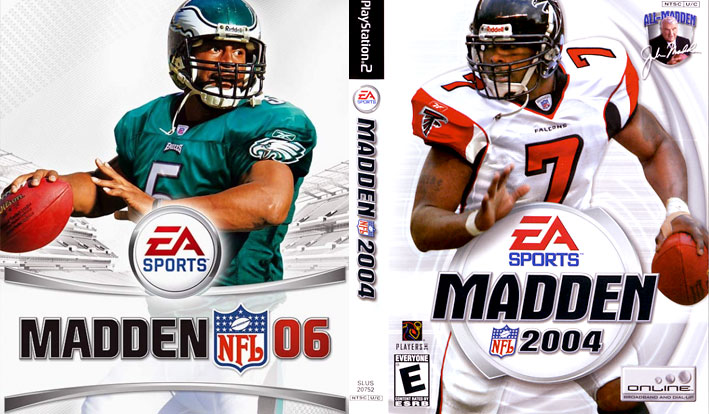 Quarterbacks have also suffered after appearing on the cover of Madden – just ask Donovan McNabb. Before he appeared on the cover of Madden NFL 06, he had made it to the cusp of an NFL championship, leading the Eagles to Super Bowl XXXIX, falling just short against the New England Patriots. He threw for almost 4,000 yards that year, but even more impressive was his 31:8 ratio of touchdowns to interceptions, and he ran for three for more scores. After he got on the cover, though, he developed a sports hernia but still fought through the pain until a November injury against the Dallas Cowboys.Not everyone who has appeared on the cover of Madden has seen their career suffer, but it’s enough to make you wonder. SourcesWikipedia.org (http://en.wikipedia.org/wiki/Madden_NFL#Madden_Curse)NFL.com (http://www.nfl.com/player/garrisonhearst/2501104/profile)
Older post
Newer post