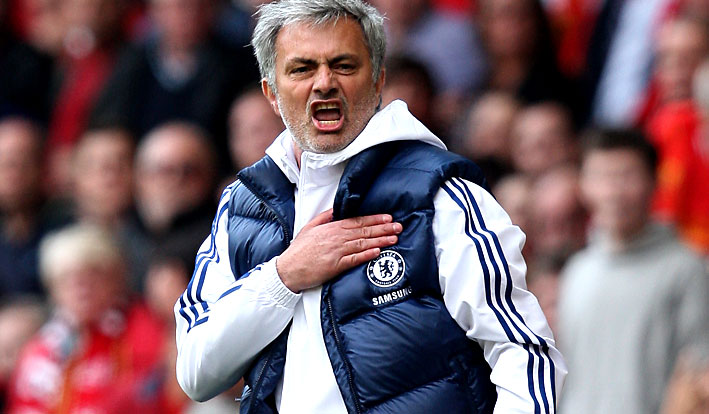 The Rant
The global sports marketing machine is getting better and better at grinding through the gears when it comes to big-game match-ups. With promos for marquee events increasingly looking like Hollywood movies, it’s all too easy for even the most enthusiastic punter to get a bit burned out on some of the more traditional classic sports rivalries. They’re over-hyped, over-exposed and over-played. How many times in a row are you really going to revved up about Barcelona vs Real Madrid for example when it seems like they’re playing every other week?One of the great joys of the sporting life is learning to take delight in the obscure and this applies as much if not more when you’re actually having a punt on the result. With that in mind, let’s take a stroll down the road less traveled and have a look at some obscure sports rivalries that should get their own betting lines.

If you’re going to go obscure you might as well go big! It’s a safe bet that the 2015 International Paralympic Swimming World Championships won’t have previously featured on many punter’s fixture lists but the world of paralympics is as competitive as any other branch of sports. The refreshing absence of overpaid primadonnas is just an added bonus. 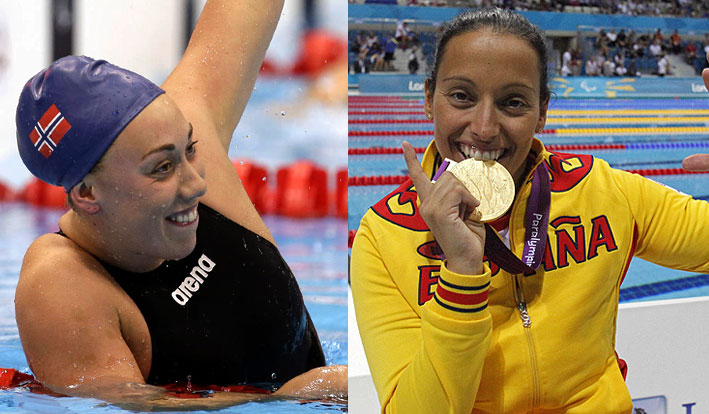 Swimming’s a great case in point here with the current standout rivalry being between Spain’s six-time Paralympic champion Teresa Perales and Norway’s Sarah Louise Rung. They’ve been trading places across major championships for the better part of a decade now and Perales will be pushing strongly for her first world title in Glasgow later this year with Rung seeking to stop her.

Sharapova’s finally made good on all that latent promise with a string of five major titles notched up in recent years. Her matches against the Williams sisters tend to grab the betting headlines but there’s another more interesting rivalry brewing up nicely in the background that’s well worth a betting line or two on its own. 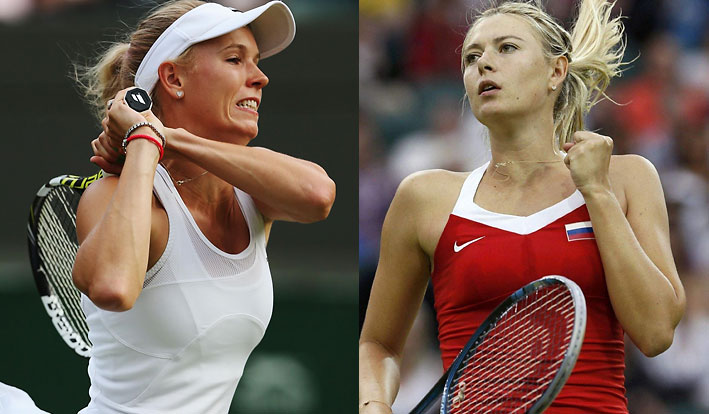 Sharapova’s come up against Caroline Wozniacki nine times with the Dane only trailing by a very respectable 5-4 to date. Two of those four victories came in Majors which could well be a sign of fireworks to come. With Maria Sharapova firmly established at the pinnacle of the game and Wozniacki hungry to make the next leap, this is a rivalry that could have legs over the next couple of years.

Watson vs Nicklaus, Norman vs Faldo, Woods vs Mickelson, the list of great golfing rivalries is long and illustrious and pretty much the whole golfing world was gleefully anticipating McIlroy vs Woods being the next one on the list. That was before Tiger’s roving eye put the kibosh on his pursuit of Nicklaus’ Majors record of course. His troubles have continued well into this year with a parade of injuries and on-course strops and for the moment Rory is sitting pretty at the top of the tree. 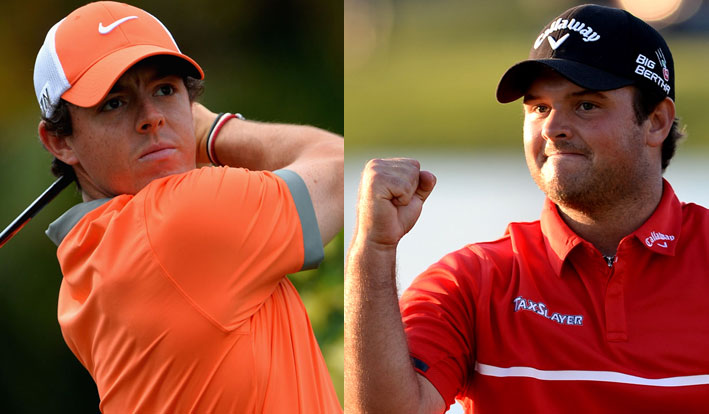 Sooner or later someone is going to break clear of the largely anonymous chasing pack though and put up a serious ongoing challenge to Rory. As it stands, it could be any one of a number of currently relatively obscure names.The smart money here is on Patrick Reed who’s already picked up an impressive four PGA tour wins by the tender age of 24. That puts him in pretty exclusive company. Only Tiger, Sergio and McIlroy himself can make the same claim in the last 20 years. He’s far from a household name at the moment but that could change real soon.

Blues vs Reds, North Bank vs Shed End, Arsenal vs Chelsea, it’s one of the biggest showdowns in the Premiership each season. In reality though, it’s nothing more than a backdrop for one of the bitterest and most intensely personal rivalries in sport – Mourinho vs Wenger. 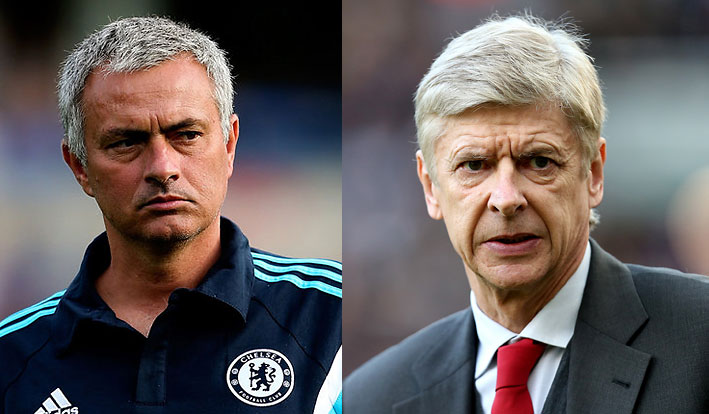 We’re filing it under obscure because such is Mourinho’s capacity for spreading unrest across the whole spectrum of European football that it’s almost easy to forget how long-running and intense his local London rivalry with Wenger has been. A succession of masterful wind-ups involving Benitez, Guardiola, half the dressing-room at Real Madrid, every living person in Italian football and many others have grabbed the headlines in recent years but the Wenger rivalry is the only one stretching back more than a decade. It still burns.Of course Mourinho would claim it’s not a rivalry at all as Arsene has done little more than “specialize in failure” of late while he’s been racking up the trophies. Wenger by contrast is usually too aloof to get drawn in but last season’s touchline flare-up showed just how strong the needle remains. There’s a world of interesting betting lines waiting to be spun out of their mutual antipathy.

Sam Allardyce vs Any Foreign Manager

Big Sam’s never exactly been shy about coming forward and he’s enjoying possibly the best season of his career with what everyone took to be a relegation-threatened West Ham. His greatest rivalry however is not with any of the Hammer’s local foes such as QPR, Spurs or Millwall. No, the real rivalry that burns deep within the Allardycian soul is reserved for the managerial collective that make up Overrated Fancy-Dan Foreign Managers Who Are Not Real Football Men. 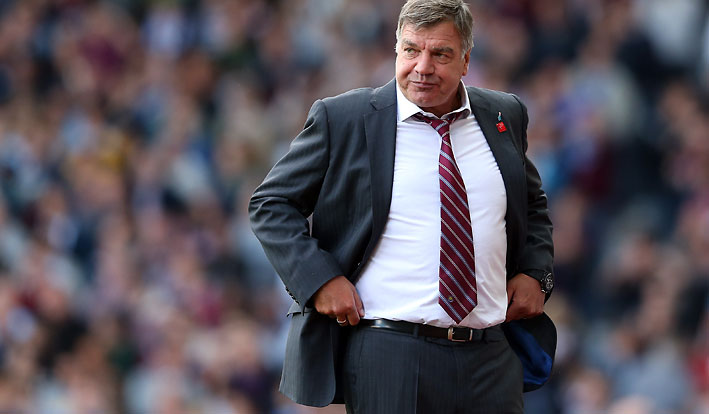 Listening to his regular tirades about how he’d be taken that much more seriously as a manager if he was called Sam Allardici is pleasurable enough in itself of course. But the added edge it gives to West Ham’s encounters with the teams of Martinez, Pochettino et al makes it a fun one to wager on as well.

The Battle For The Iron Skillet

American college football is a funny old game. One of the biggest shows in town Stateside, it’s almost completely ignored everywhere else in the world. But even the most dedicated American fan may not quite be up to speed on the long-running rivalry between the Southern Methodist University’s SMU Mustangs and Texan Christian University’s TCU Horned Frogs. 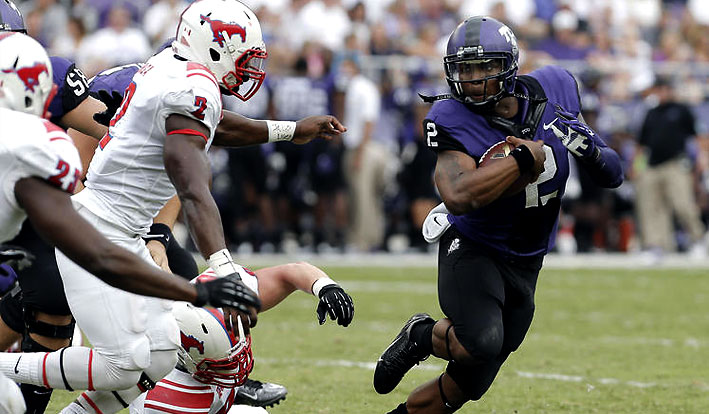 It’s a genuine grudge match and worth running a betting line on if for no other reason than being able to say “I’m having a punt on the Battle for the Iron Skillet between the Mustangs and the Frogs” with a straight face.That’s just about wraps up our list of classic obscure sports rivalries that should get their own betting lines… Which ones did we miss?
Older post
Newer post