The Rant
Cardale Jones was in a bit of a quandary last week when his fellow quarterback at Ohio State, J.T. Barrett, wandered off with his car keys, leaving Jones locked out for a couple of days. This meant that he had to wait until the first day of training camp to don his sleeveless Ronda Rousey T-shirt.

Most online betting fans wondered, why would he wear that kind of shirt? It turns out that Jones has been infatuated with the UFC bantamweight champion in the women’s division. Cardale Jones (@CJ12_) has been sending flirtatious tweets out to @RondaRousey since the most recent ESPY presentation. Then, as Rousey got ready to appear in UFC 190, Jones tweeted out that he ready to watch “his love.” 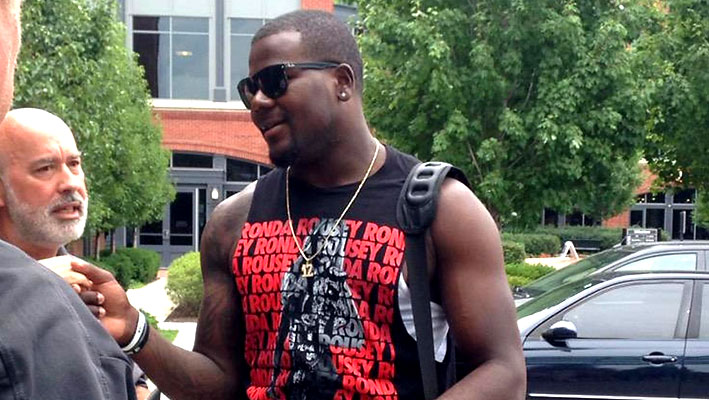 So how does Rousey feel about all this? She finds it “complimentary” but has not responded directly to him yet on Twitter.Rousey has enough to think about, though, as Cris “Cyborg” Justino looks like she is finally ready to respond to Rousey’s challenge for a fight. There were two barriers keeping the fight from happening: one, Justino is a featherweight (145 pounds), while Rousey is a bantamweight (135 pounds). Justino had long thought she wouldn’t be able to drop those 10 pounds, but she recently switched to a nutritionist who has told her that she can lose the weight and still fight.The other obstacle is a positive steroid test in Justino’s past. Rousey has referred to it a couple of times, which has prompted Justino to (among more colorful tweets) offer to undergo Olympic-level substance testing in the months leading up to any potential bout. There are rumors swirling around a December 5 fight, allegedly set for AT&T Stadium in Arlington, Texas, but UFC is still officially denying that they have sanctioned such an event. Just because there is a lot of noise and chaos around this fight, though, does not mean that it’s not going to happen. On the contrary, drama is usually reason to think that something is imminent in the UFC. 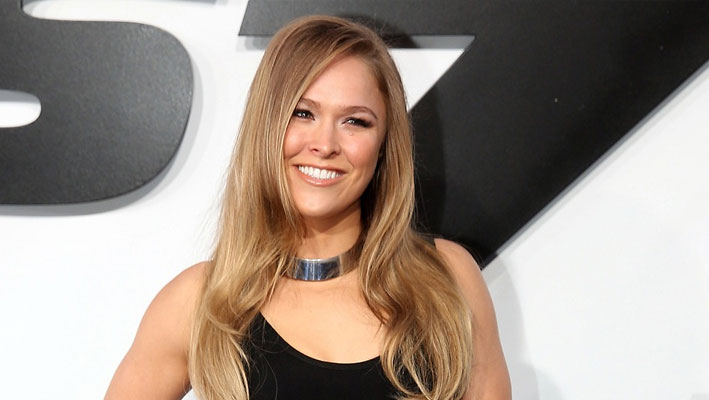 And what about Cardale Jones? He just had one of the other two quarterbacks at Ohio State (Braxton Miller) slide out to wide receiver, narrowing that depth chart. Jones, of course, quarterbacked the Buckeyes through the College Football Playoff last winter and is the presumptive starter. He has enough to worry about with the upcoming game at Virginia Tech. While the Hokies were ridiculous in their inconsistency last year, the truth is that they were the only team to beat Ohio State last year – and they won on the Buckeyes’ home field. Now Ohio State has to be the road team in a stadium where many talented teams have seen their dreams die. If Frank Beamer’s team can pull off the upset two years in a row, it will raise a lot of questions about whether the Buckeyes really have what it takes to make it back to the College Football Playoff. That kind of stress can really wreak havoc on a relationship, so Jones and Rousey might want to keep things platonic at least until January.SourcesTwitter.com (https://twitter.com/CJ12_)ESPN.com (http://espn.go.com/blog/bigten/post/_/id/121959/plan-b-inside-braxton-millers-transition-to-wide-receiver)
Older post
Newer post