The Rant
In some years, the outcome of the Super Bowl is almost set before the game starts. In Super Bowl XX, when the 15-1 Chicago Bears took the field against the New England Patriots, things seemed almost unfair. Led by quarterback Jim McMahon and running the vaunted 46 defense, the Bears had their way with the Patriots, turning the league’s title game into a laugher from start to finish, as lineman William “The Refrigerator” Perry ended up scoring a touchdown for the Monsters of the Midway.However, there are other years when the online sports betting underdog ends up carrying the day. When the Seattle Seahawks lined up against the Denver Broncos in early 2014 for the Super Bowl, many thought that Peyton Manning and the Broncos would cruise against the Seahawks, who had a reputation for a much balkier offense. However, the shock of a missed shotgun snap that became a safety never quite faded for the Broncos, who fell to the Seahawks in a lopsided rout.Many times, the Super Bowl ends up a victory for the underdog. Take a look at some of the most noteworthy instances throughout the history of the league. 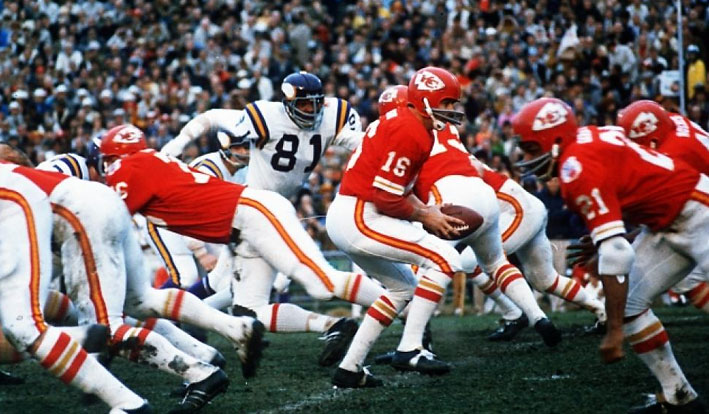 The first four Super Bowls featured the champions of the National Football League and the American Football League, in the years before the two leagues merged. The Chiefs had received a trouncing in the first Super Bowl, and even though the Jets had won for the AFL in Super Bowl III, the perception that the AFL still could not compete with the senior league meant that the Vikings entered this game favored to win by 15 points. However, the Chiefs dominated this game from start to finish. This win gave the AFL a more equal footing with the NFL, paving the way for the merger the next year. 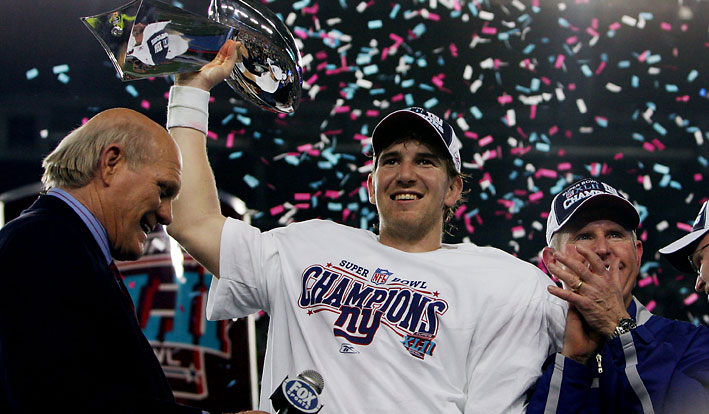 When the Patriots entered this league, they had a perfect record of 18-0, four more games than the Miami Dolphins had won in their perfect 1972 season. The Super Bowl seemed like an afterthought, as the Pats were 12-point favorites against the upstart G-men. However, the Giants’ pass rush continued to torment Tom Brady all day long, and the Patriots never could pull away.During the fourth quarter, during a crucial drive, Giants quarterback Eli Manning heaved a ball down the middle of the field to backup wide receiver David Tyree, who cradled the ball against his helmet as he fell to the ground, holding on for dear life. This would be Tyree’s last catch in the NFL, and it proved to be his most famous, as it extended a Giants’ scoring drive that permitted the men in blue to hold on for the victory. 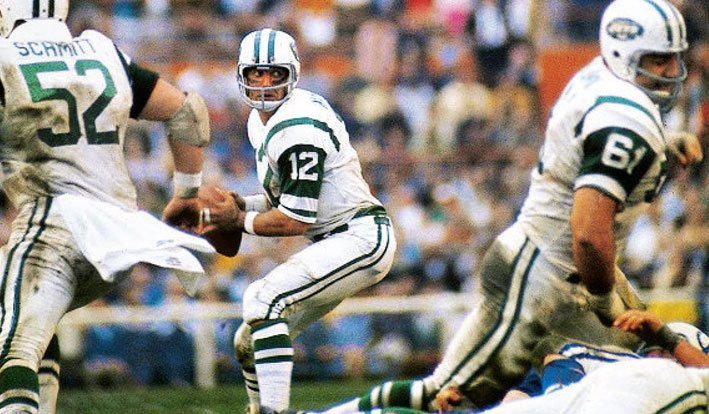 After two drubbings by the NFL representative in the Super Bowl, the Jets were a team that few people took seriously. However, Jets quarterback Joe Namath took his team seriously and guaranteed a win over the heavily favored Colts. Even though the Jets were predicted to lose by 18 points, the duo of Namath and running back Matt Snell carried the day. This was the first chink in the armor of invincibility that the NFL exuded in its rivalry with the AFL.
Older post
Newer post