UFC Betting News
We are still a little under four months away from the working date of January 17, 2016 when UCF hosts a fiery clash between UFC and WEC champion Anthony Pettis and former Bellator lightweight champion Eddie Alvarez, but things are already heating up in readiness for the octagon meltdown that will take place during this winter bout. The exact specifics of this fight are yet to be confirmed by UFC, but going by Alvarez’s Twitter message the other week, MMA betting enthusiasts can start preparing for the Pettis vs. Alvarez matchup after UFC gave a go-ahead for the clash.

it’s official , at first I just wanted the guy , now I got location too , thank you @ufc @danawhite , gonna blow the roof off Beantown!!

If everything goes as planned and no changes are made to the announcements that were made on September 11th, then here the preliminary details you need to know about this elite clash between the two lightweights:

Though his UFC career is still young, the 31-year-old Alvarez is a man with a sterling reputation earned from digging up wins in the trenches of small shows in Japan, before kicking it with Bellator and eventually making his way to the UFC. It was only after his 9-1 run in the Bellator, where he was a two-time lightweight champ, that he made his UFC debut a year ago. 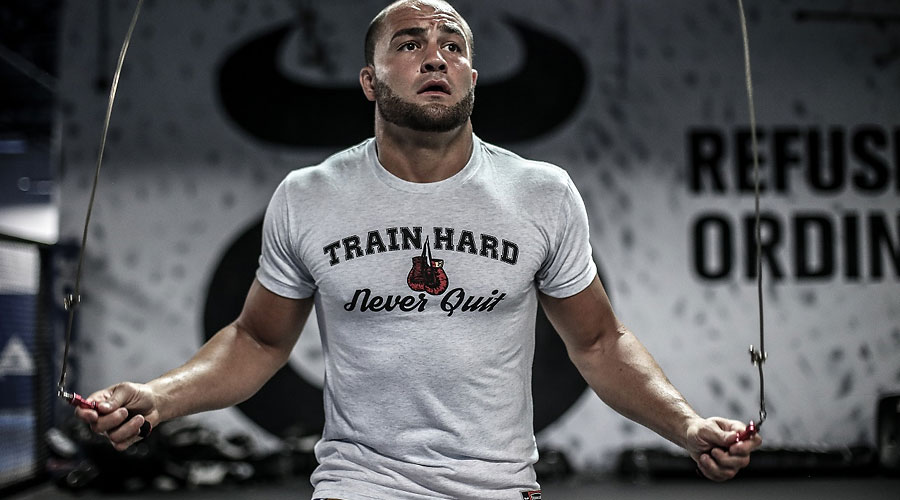 In his promotional debut at UFC 178, he dropped his fight to Donald Cerrone through a unanimous decision. He, however, bounced back with a split-decision win over former Strikeforce champ Gilbert Melendez in June 2014 at UFC 188 in Mexico. Though he did well against Melendez, Alvarez is in a desperate need for victory that would keep him on the winning column and bump his UFC record to 2-1. With a starching KO power, good striking speed and an excellent takedown offense, Alvarez has more than enough ammunition in his armory to trouble Pettis.

Pettis, who is now a veteran in the MMA, had a losing UFC debut in 2011, despite entering the competition as the WEC’s final lightweight champion. Pettis, now 28, was however able to bounce back by reeling five back-to-back wins, including a submission victory over Benson Henderson at UFC 164 in Aug. 2013 to win the UFC lightweight title. Pettis went on to defend the title with a second-round submission win over Gilbert Melendez at UFC 181 in Dec. 2014. 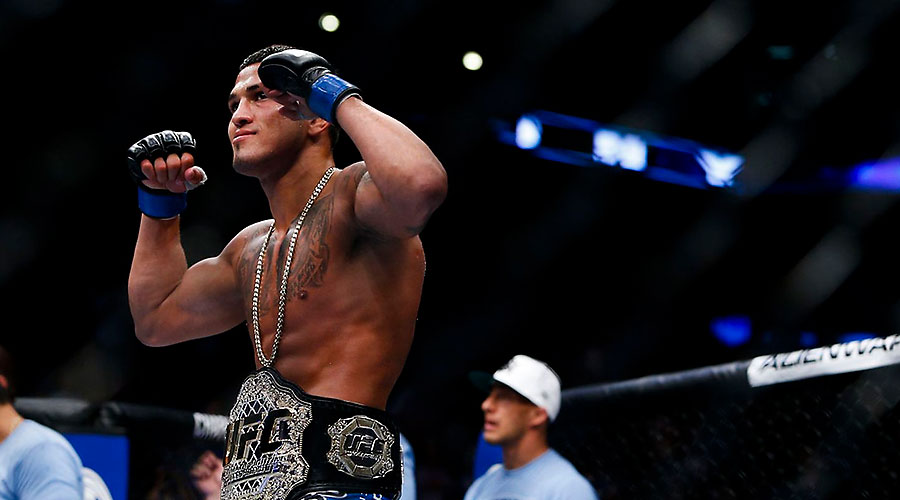 However, in his bid to defend the title for the second time, Pettis suffered a devastating upset loss to current lightweight champion Rafael dos Anjos at UFC 185 back in March. The humiliating defeat to Anjos, which saw the current champ dominate the fight from start to finish, came with a costly setback, as Pettis broke his orbital bone in the beatdown. Since that injury, the 28-year-old has not featured in the octagon, so the clash against Alvarez in January will be his first fight after a 10-month lay-off. In terms of his pedigree, Pettis had not suffered any defeat since 2011, prior to the loss to Dos Anjos. With wins over high-tier opposition like Henderson, Donald Cerrone and Gilbert Melendez in the UFC, “Showtime” has shown the potential to win big, so delivering another one in this game should be possible. This is especially because Pettis boasts of a balanced skill-set both offensively and defensively, heralded with the reputation of being able to score big through submissions and solid technical ability on the ground.

Prediction: Alvarez wins over Pettis via KO by Round 3.