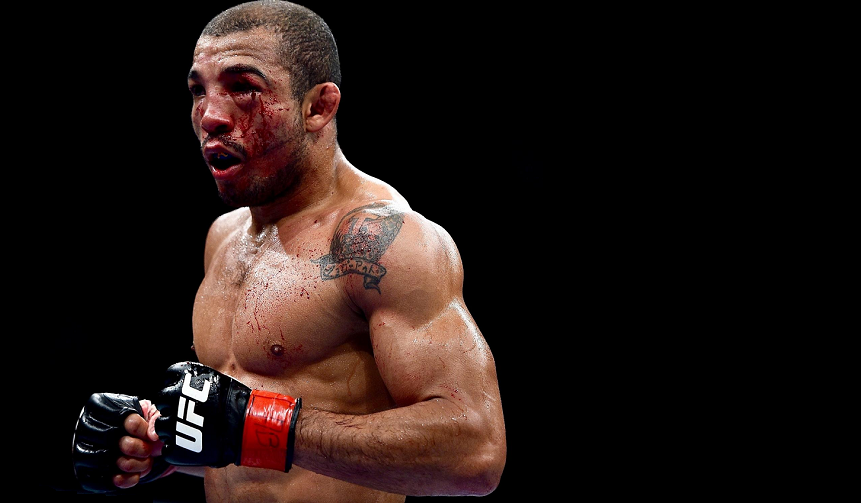 According to the president, a rib injury forced Aldo to pull out of UFC 189, and now McGregor will face Chad Mendes for the interim title. Speaking on radio last Wednesday after learning about the changes, McGregor said, “He’s gone running, and I don’t think he will back.” He added that, “I’ve been contemplating it since long before the rib injury. As soon as the fight was announced, I’ve been contemplating it. The eyes never lie, and every time I looked into that man’s eyes, I saw fear, I saw glass. I anticipated that he would not show up, and when he got his opportunity to pull, he pulled. It’s something I expected.” 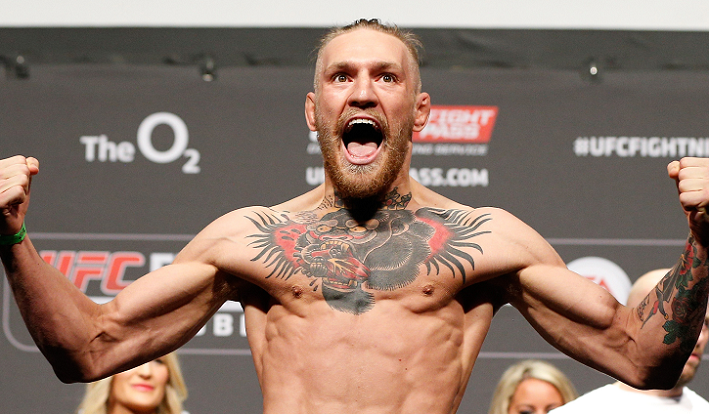 The boisterous and outspoken Irishman christened as The Irish Muhammad Ali by famous sports play-by-play man Joe Buck went on to say, “I looked in his eyes and knew this mother—–er doesn’t want to be here. He doesn’t want it the way I want it. I don’t blame the man. I was going to f–king butcher him, rip him limb from limb. So I probably wouldn’t want to face that either” 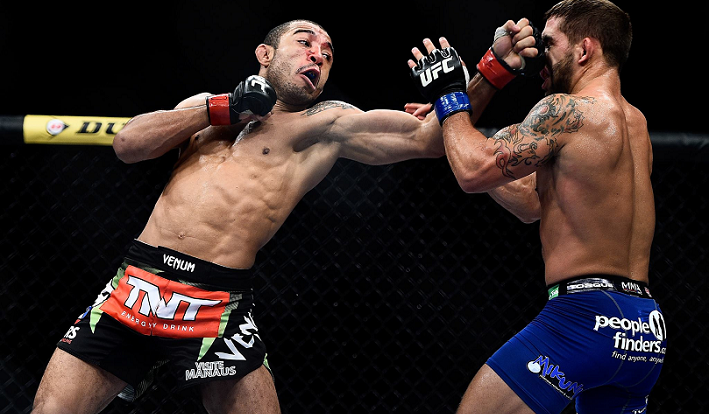 Hyperbole has been one of McGregor’s loved and hated skill and his talks about the Aldo situation was him just being the big talker he is known to be. Still, there was truth in his assertions that Aldo has a tendency of pulling out of fights. In his career, Aldo has pulled out of five title fights. Even so, with Las Vegas having spent a record amount of marketing money on the Aldo vs. McGregor fight and predicting more than 1 million pay-per-view buys, the organizers would not just call off the fight if there was something they could do to prevent the losses incurred by postponing the highly anticipated clash. So rather than dispute the injury, we’ll give Aldo the benefit of doubt. 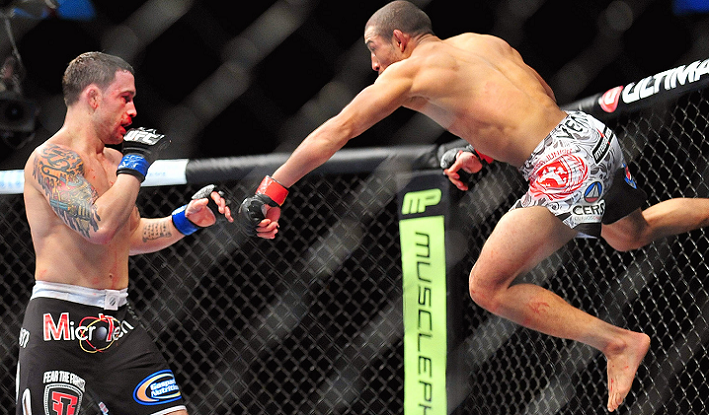 As things stand now, UFC 189 (which is set to take place on July 11 at the MGM Grand Garden Arena in Las Vegas, Nevada) pits Mendes against McGregor for the interim featherweight title, with the winner expected to challenge Aldo before the end of the year. According to most MMA betting pundits, Aldo’s pull-out from the fight is probably a ploy to force the organizers to schedule the fight in Brazil. Unfortunately for Aldo, McGregor and Mendes are not buying into his plan, with both of them jointly saying they will not fight Aldo in Brazil. 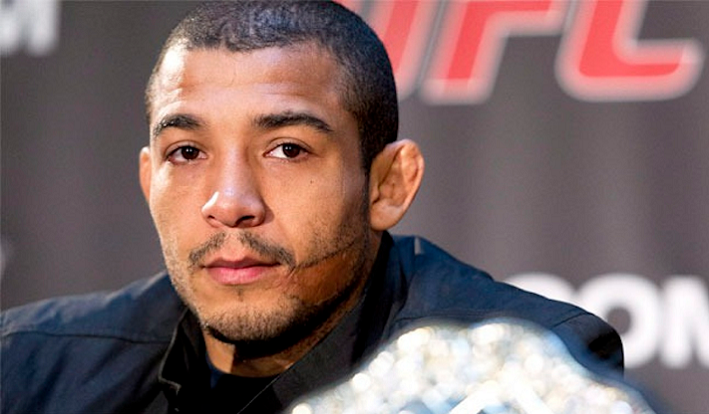 So what’s really the big deal about fighting in Brazil? Well, for starters, Aldo is a Brazilian born in Rio de Janeiro, hence fighting in his hometown will be advantageous. Mendes knows too well about fighting in Brazil, as the two only two losses in his UFC career both coming against Aldo in Brazil. Leaving the propagandist speech aside, all the three featherweight fighters are solid combatants, with Aldo leading the pack with a 25-1-0 record, followed by McGregor and Mendes at similar 17-2-0 career records. 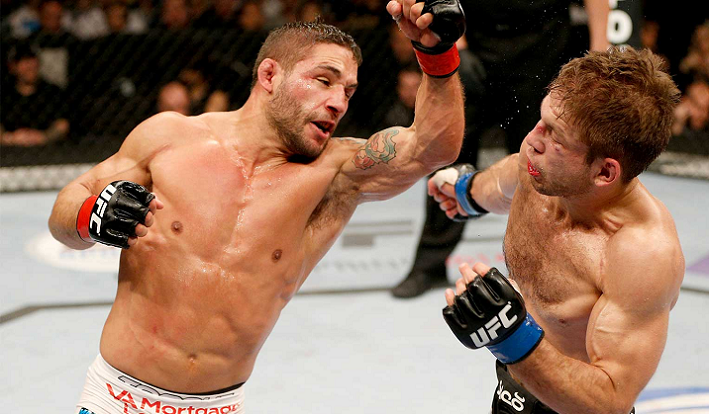 Skill-wise, McGregor’s biggest strength lies in his huge punching power, making him a dangerous knockout artist, no wonder four of his five UFC fights have come via knockout. Ahead of the fight against Mendes, 26-year-old McGregor is riding on a 12-fight winning streak. Mendes, on the other hand, is a great wrestler with great athleticism and speed. The 30-year-old, America-born Mendes has won six of his last seven fights. Aldo, well, this guy is tough to describe, as he is the embodiment of many important fighting skills, including strong punches (exemplified by his 14 knockout victories), nasty kicks and polished jiu jitsu skills that are complemented with great takedown defense. Essentially, that’s the reason he boasts of a stellar winning record, despite being just 28 years old. 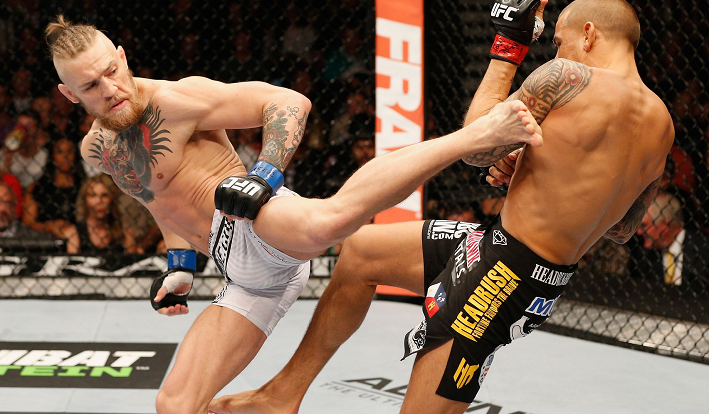 So is Aldo too much for his title challengers? Based on skills, I’m obliged to loosely say yes. Nonetheless, McGregor a.k.a Notorious has been in beast mode lately, dispatching his opponents with ease, so it should be possible for him to take on anyone he meets right now. In fact, in the run-on to his fight against Aldo, McGregor was a slight favorite in the UFC odds to dethrone the reigning champ. Interestingly though, Mendes has opened the UFC betting lines for the June 11th clash against McGregor as the slight favorite, showing that online sportsbooks such as Mybookie.ag and oddnakers probably consider him to be stronger than McGregor. If that argument is true, and with the consideration that McGregor was a slight favorite over Aldo, then it probably means that the Oddsmakers consider Mendes the strongest favorite to go ahead and win it all. The diverse skills, strengths and weaknesses of all the three fighters sets up a complicated, but very interesting scenario, with anyone able to win the division belt. Therefore, at the moment, I guess it would be best to wait on the Mendes vs. McGregor fight to happen, and then narrow down our options, as we seek to find out who will be meeting Aldo later this year for a chance to clinch the 2015 UFC Featherweight division title.
Older post
Newer post