UFC Betting News
While the majority of UFC betting fans are clamoring for a bout between Ronda Rousey and Cris “Cyborg” Justino, if they can’t figure out how to make that fight happen, there are some other challengers who would love to take on Rousey for the UFC bantamweight title. One of these is Brazilian Amanda Nunes, who rolled right over Sara McMann in the first round at UFC Fight Night in Nashville this past Saturday. After the fight, Nunes said she is ready to take on the challenge of Ronda Rousey.Nunes has a record of 11-4 in MMA and 4-1 in UFC fights. Nunes lost most recently to Cat Zingano, whom Rousey stopped in just 14 seconds. It’s really stretching to say that Nunes is ready to take on Rousey, but the number of women who are likely to give Rousey much of a stretch in the octagon might be in the single digits. It might be even less than that, depending on how things turn out between Rousey and Justino.  In her career, Rousey has a record of 12-0. Three of those wins came by knockout, and the other nine came through an armbar submission. Eight of those fights have been title defenses. All of those fights have ended in the first round with the exception of her 2013 victory over Miesha Tate, which went 58 seconds into the third round before one of Rousey’s patented armbar submissions ended the fight. Her fastest fight ended was the submission victory over Cat Zingano earlier in 2015. 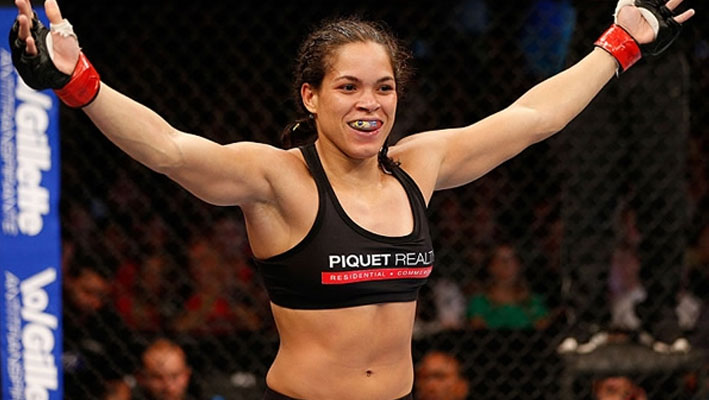 Rousey feels quite strongly about her potential, saying that she would even be able to beat Floyd Mayweather in a no-rules fight. Back in July 2014, Mayweather had said in an interview when asked about Rousey, “I don’t even know who he his,” according to ESPN.com. This started a feud that has been boiling ever since. While Rousey acknowledges that the rules of boxing would let Mayweather defeat her, she thinks that she can beat anybody on the planet in a fight without any rules. When she won an ESPY for Best Fighter, beating out Floyd Mayweather as well as several other nominees, she said, “I wonder how Floyd feels being beat by a woman for once. I’d like to see him pretend to now know who I am now.” 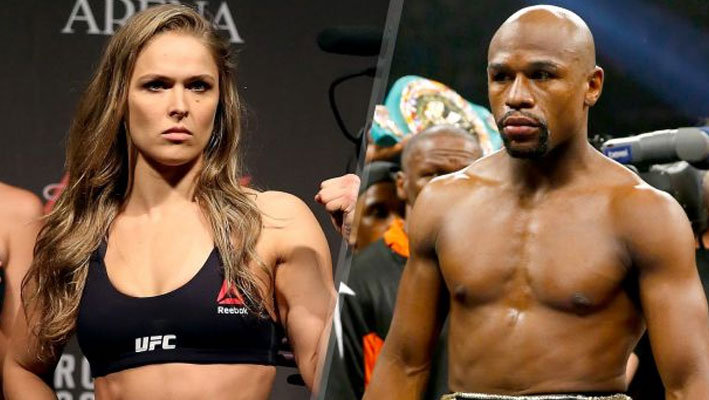 So if you don’t think that Rousey brings a wealth of confidence and swagger to the octagon each time, it’s time to think again. Amanda Nunes might think that she can step in and bring a challenge to Rousey, but the fact that Rousey beat an opponent who beat Nunes in just 14 seconds indicates that Rousey might well bring an embarrassingly swift decision to bear with Nunes as well. Until Rousey fights Justino, people will be waiting for Rousey to be delivered a real challenge in the octagon – because there’s no way the UFC would sanction a rules-free fight with Floyd Mayweather. Speculation is fun and all that, but there’s no way this is going to really happen. Sources:ESPN.com: http://espn.go.com/mma/fighter/history/_/id/2563796/ronda-rouseyLAtimes.com: http://www.latimes.com/sports/sportsnow/la-sp-sn-ronda-rousey-floyd-mayweather-no-rules-fight-20150811-story.html
Older post
Newer post